The U.S. Patent and Trademark Office officially published a series of 66 newly granted patents for Apple Inc. today. In this particular report we cover Apple's patent relating to future foldable iDevices such as an iPad.

relate to techniques for forming flexible cover sheets. In particular, cover sheets may be formed to facilitate localized bending or flexing without producing unacceptable levels of internal stress. The embodiments described herein can be used to manufacture cover sheets formed using glass, sapphire, or other ceramic materials. 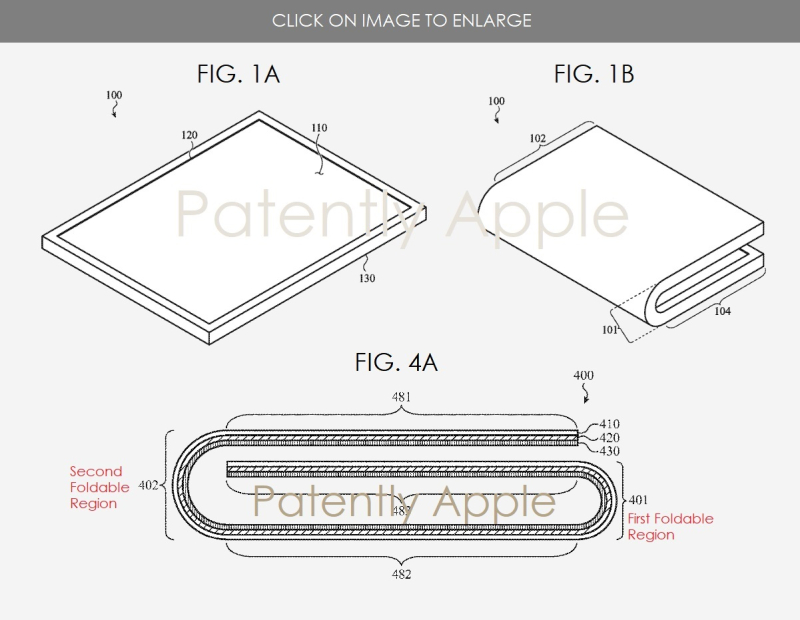 Apple's granted patent 10,579,105 was originally filed in Q2 2019 and published today by the US Patent and Trademark Office.

Apple was first granted a patent for this invention in May 2019. What's different is found in Apple's patent claims wherein this current granted patent places a lot of emphasis on "the radius of the curvature" of the display cover and four stress levels.