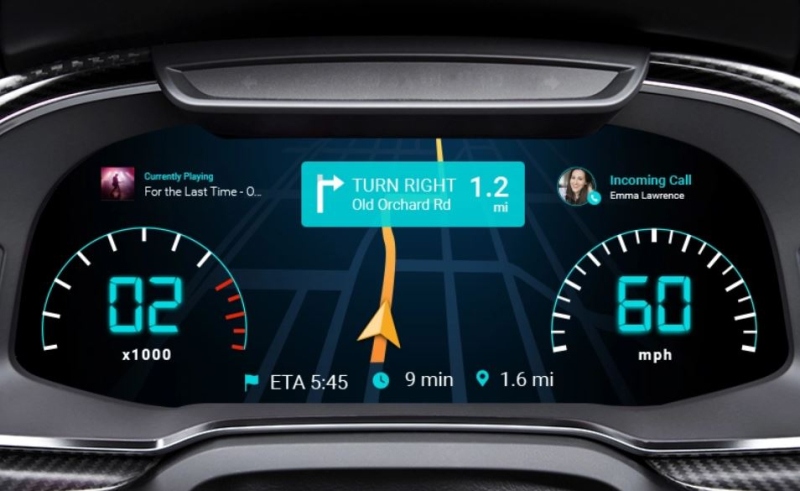 The U.S. Patent and Trademark Office officially published a series of 71 newly granted patents for Apple Inc. today. In this particular report we cover what appears to be a part of Project Titan. Though technically, the invention may apply to future cars in general that will provide modern digitized dashboards capable of running outside application like Apple Maps. This would allow Apple Maps to be viewed properly in-line with a driver's view. This invention goes far beyond Apple Maps displaying on CarPlay.

Next Step for Apple Map Navigation in Vehicles

Apple notes that handheld devices have relatively small screens that are difficult to view while maintaining the wide field of view for driving. Device mounts are often cumbersome and intrusive. Operating a vehicle while interacting with a handheld device is dangerous and illegal in some jurisdictions.

Past attempts at resolving these problems have involved interfaces to connect to head units in automobiles – like for CarPlay. The interfaces involved using wireless connections to present audio and video generated by the handheld device. Often the head units would simply mirror the screen of the handheld device, so the user would have a larger hands-free view of the navigation application. However, this approach still can lead to the driver removing his visual focus from what is occurring in front of the car, and placing it on the head unit.

The smart phone receives map navigation data from navigation application, such as Apple Maps. Based on instrument cluster display capabilities, the smart phone packages metadata, including formatting information specific to the display on the instrument cluster, in order to indicate to the driver an upcoming navigation change. This includes formatting turn by turn navigations, distance until next turn, estimated time until next turn, and instructing them to load an appropriate graphic for the type of maneuver. 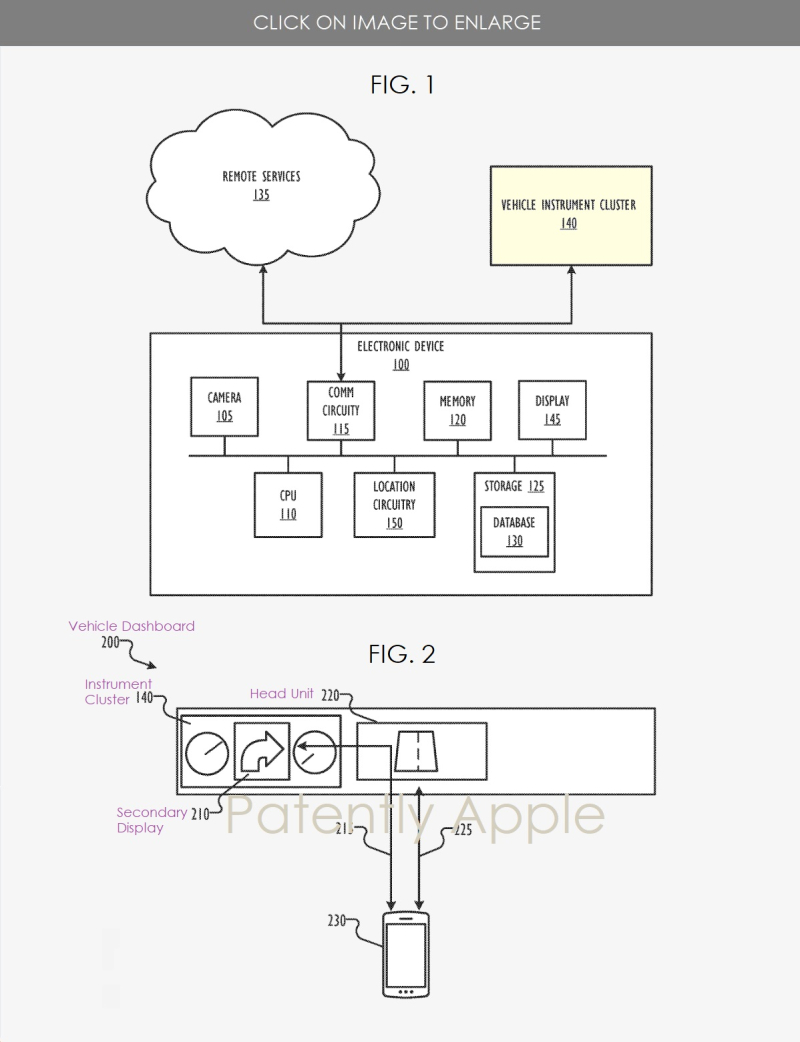 Apple's patent FIG. 2 above is an illustration presenting a system processing metadata according to one embodiment. A vehicular dashboard #200 houses many instruments necessary for properly operating a vehicle. The dashboard #200 includes an instrument cluster and a head unit #220.

Apple's patent FIG. 4 below is a flowchart processing display capability information to generate metadata according to one embodiment. 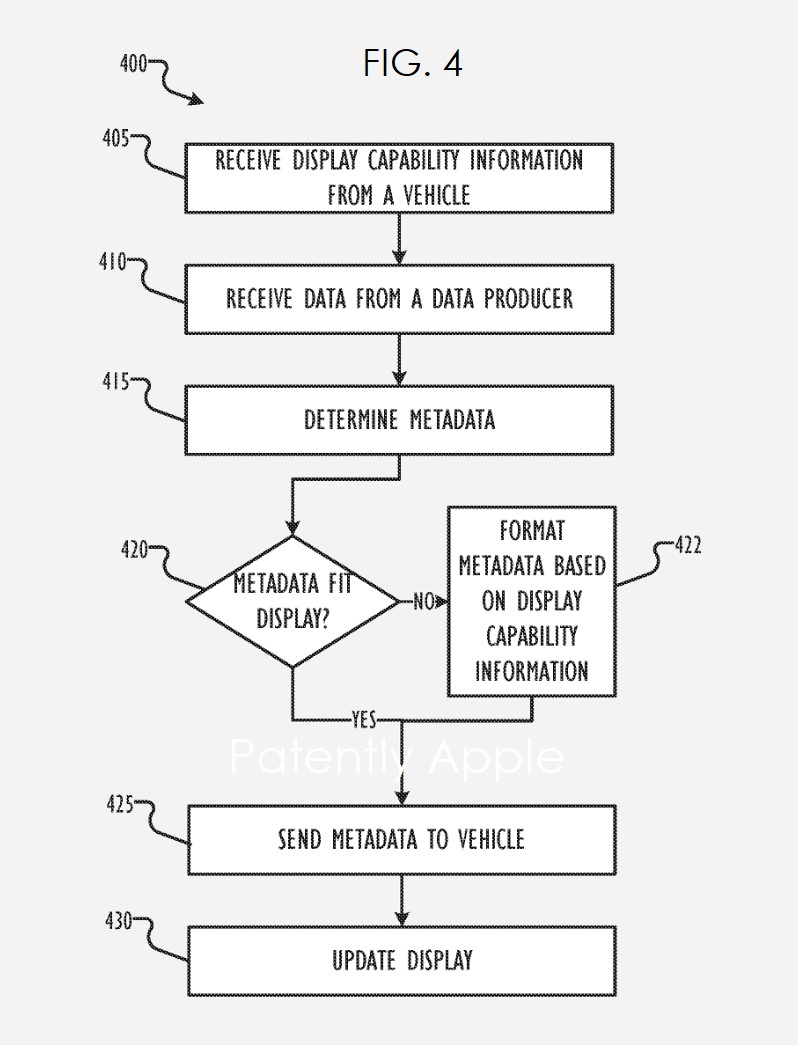 Apple's granted patent 10,594,850 was originally filed in Q4 2018 and published today by the US Patent and Trademark Office.