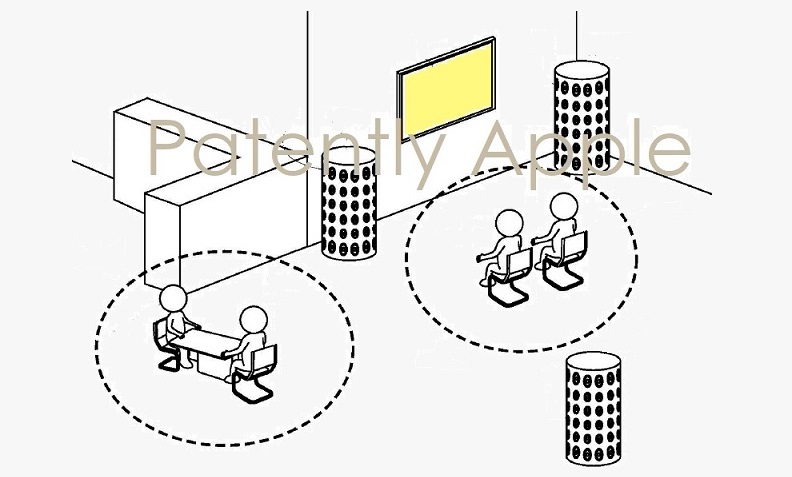 Apple's granted patent relates to a smart audio system that is far more elaborate than Apple's HomePod that is configurable to output audio beams representing channels for one or more pieces of sound program content into separate zones based on the positioning of users, audio sources, and/or speaker arrays.

This latest granted patent for an advanced audio system was designed to work with a television and Apple TV that is capable of live streaming content like Apple Music, events and other content. Now with Apple TV+ in place, this invention looks very promising, especially in context with a future home theater system package. 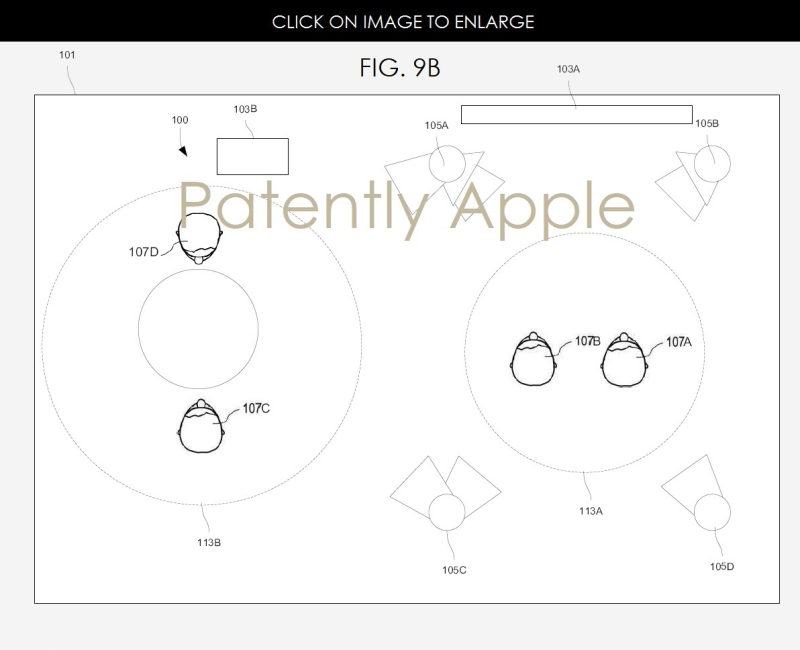 For more details, check out our original patent application report posted in 2017 here.

Apple's granted patent 10,609,484 was originally filed in Q3 2017 and published today by the US Patent and Trademark Office.

Our cover graphic represents Apple's patent FIG. 1A that illustrates a view of an audio system within a listening area