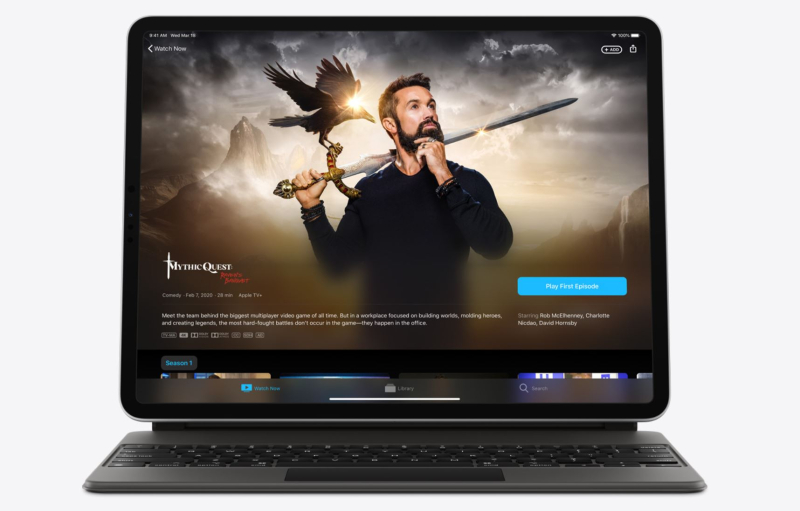 The new iPad Pro with its new Magic Keyboard allows the iPad in landscape to appear as if it's floating over the keyboard. Today the U.S. Patent and Trademark Office officially published a granted patent for Apple that illustrates an iPad with its TrueDepth camera set in landscape mode. This would be more natural for using Face ID on an iPad Pro in Notebook mode.

While Apple's iPhone X was first to receive the new TrueDepth camera with a notch, Apple's latest granted patent illustrates Apple's plan to add the TrueDepth camera to an iPad and more particularly, to an iPad in landscape mode as noted in patent figure 6 below. 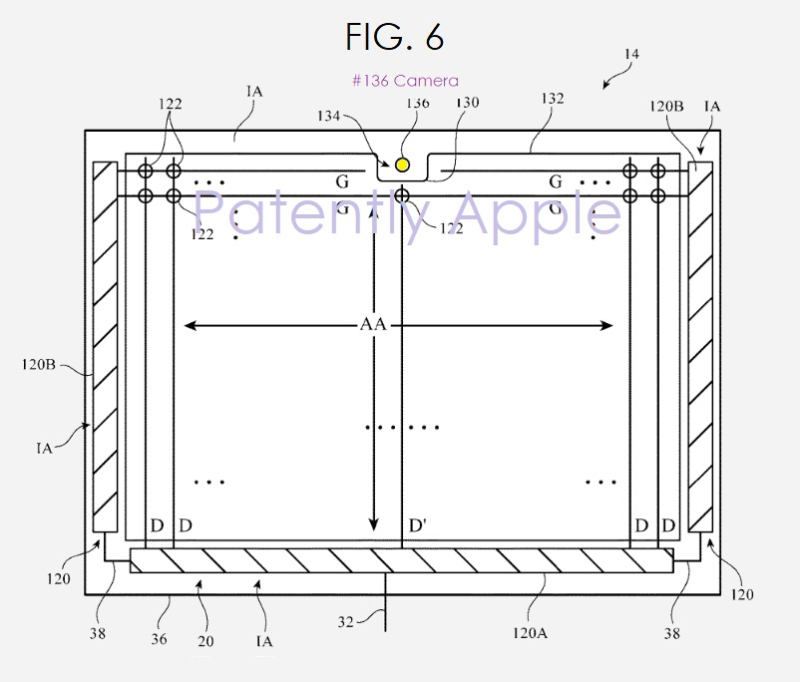 Apple notes that "As an example, component #136 may be an image sensor (camera) that is mounted behind a camera window. The camera window may include an opening in a black ink layer and/or unpolarized regions of otherwise polarized layer(s) in the layers of material forming display 14. Other light-based components (e.g., light sensors, light-emitting devices such as one or more discrete visible-light or infrared light-emitting diodes, light-based proximity sensors, etc.) may also be mounted under a window in region 134 of inactive area IA. The use of a camera in region 134 is merely illustrative.

Apple's granted patent 10,607,573 was originally filed in Q2 2017 and published today by the US Patent and Trademark Office.

One of the engineers listed as an inventor is Victor Yin, Director of Mac & iPad Display Engineering.