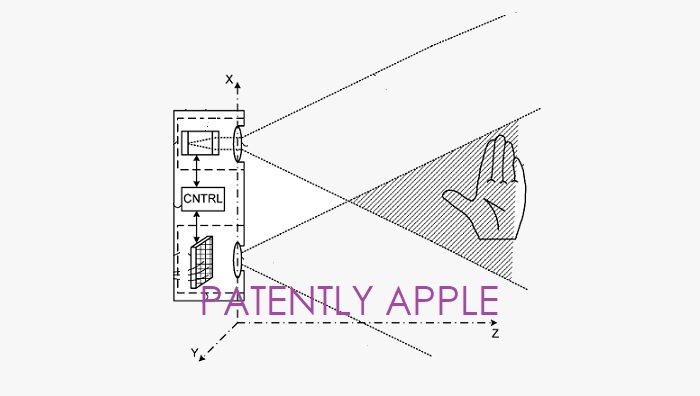 The U.S. Patent and Trademark Office officially published a series of 74 newly granted patents for Apple Inc. today. In this particular report we briefly cover a patent that describes a major future Hand Gesturing system with the focus on the optical radiation and projection system behind it.

Apple's PrimeSense team in Israel have been working on bringing a camera system to the iPhone, iPad and future Macs that will be able to understand hand-gesturing commands. Although Google beat Apple to market with this feature in their Pixel 4 smartphone called Motion Sense, Apple will do it again with their version of hand-gesturing system – just like they delivered Face ID better than any competitor.

Apple's granted patent 10,609,357 covers an illumination assembly that projects a patterned radiation field onto an object (in this case a hand of a user of the system) in a scene. An imaging assembly captures an image of the scene within a field of view. A controller or other electronic processor processes the image in order to generate a 3D depth map of the object. The 3D map of the user's hand (and/or other parts of the user's body) may be used in a gesture-based computer interface. This granted patent focuses on the optical system in great detail. 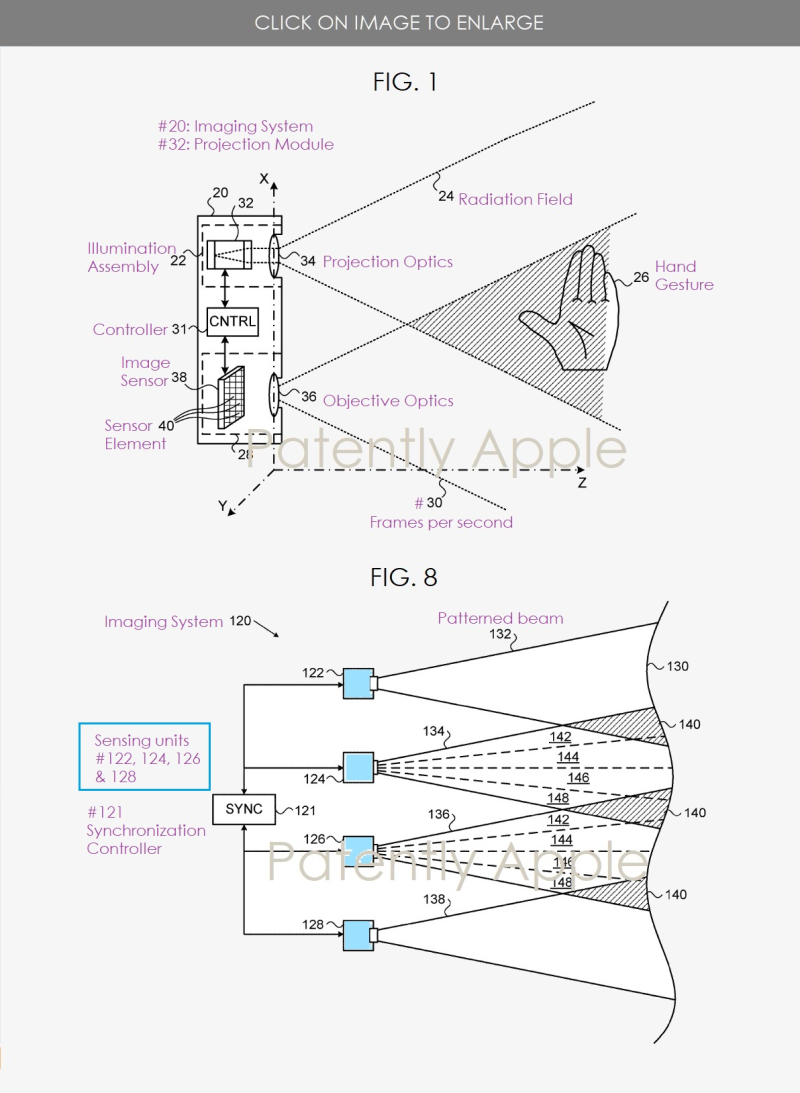 You could dig into all of the details of this patent here. Below are just a few of the other patent reports that we've posted over time that relate to the same invention.

It's possible that this feature could come to market as soon as with iPhone 12 with its LiDAR and/or ToF cameras and more. Though as with every patent, there's no guarantee of timing to market with any patent.