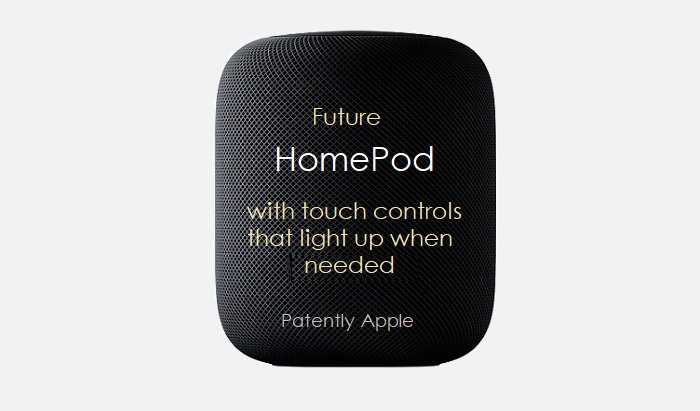 Today the US Patent & Trademark Office published a patent application from Apple that relates to a future HomePod with touch sensitive controls built into the fabric that could light up to be visible when needed and deactivate when not in use.

Apple notes that it may be challenging to enhance the functionality of HomePod. For example, it may be difficult to integrate input and output devices into HomePod with a fabric layer. 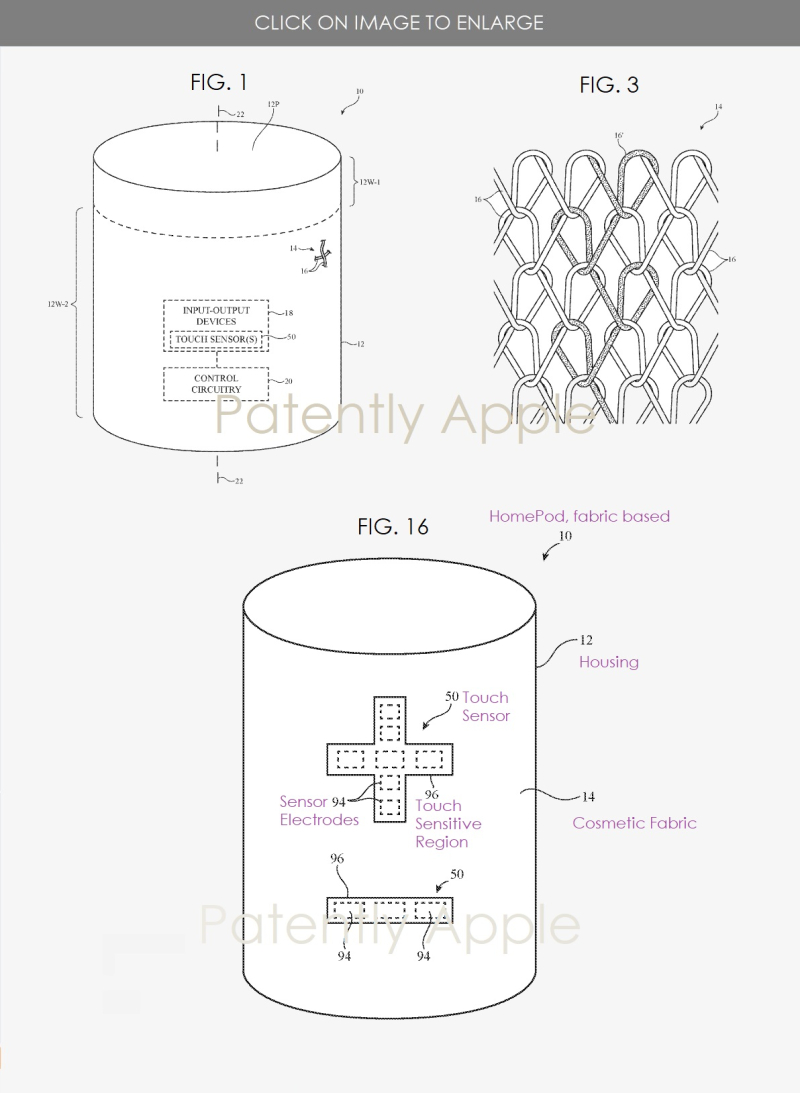 The control circuitry may, if desired, selectively activate and deactivate certain touch sensor electrodes to achieve a touch-sensitive region having a desired shape (e.g., a media control symbol or a symbol corresponding to any other suitable user input function).

Apple further notes that the HomePod may include touch sensors, light-emitting devices (e.g., light-emitting diodes that backlight button icons and/or that produce other visual output for a user), and/or other input-output components.

In some configuration, strands may include optical fibers (e.g., lossy optical fibers with surface roughening or other features that allow the strands to guide light while emitting portion of the guided light outwardly). Optical waveguide strands (e.g., lossy optical fibers formed from glass, transparent polymer, etc.) can be provided with light from light sources such as light-emitting diodes to display information (e.g., desired patterns of light). In some cases, it may be desirable for lossy fiber to appear dark or colored in reflection when illuminated by external light, so that the lossy fiber may match the appearance of other fibers.

Apple's patent application 20200073511 that was published today by the U.S. Patent Office was filed back in Q2 2019. You Considering that this is a patent application, the timing of such a product to market is unknown at this time.