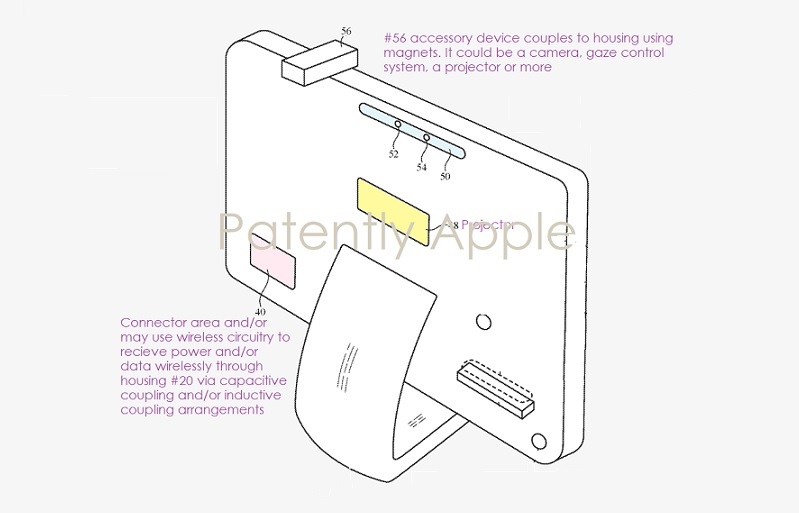 Today the US Patent & Trademark Office published a patent application from Apple that relates to yet another future iMac concept from the same engineer that introduced us to the all-glass iMac that we reported on back on January 23rd titled "Apple invents an AIO Desktop Computer made from Glass that incorporates the Keyboard, Dual Trackpads & more." One of the images from that Apple patent is presented below. 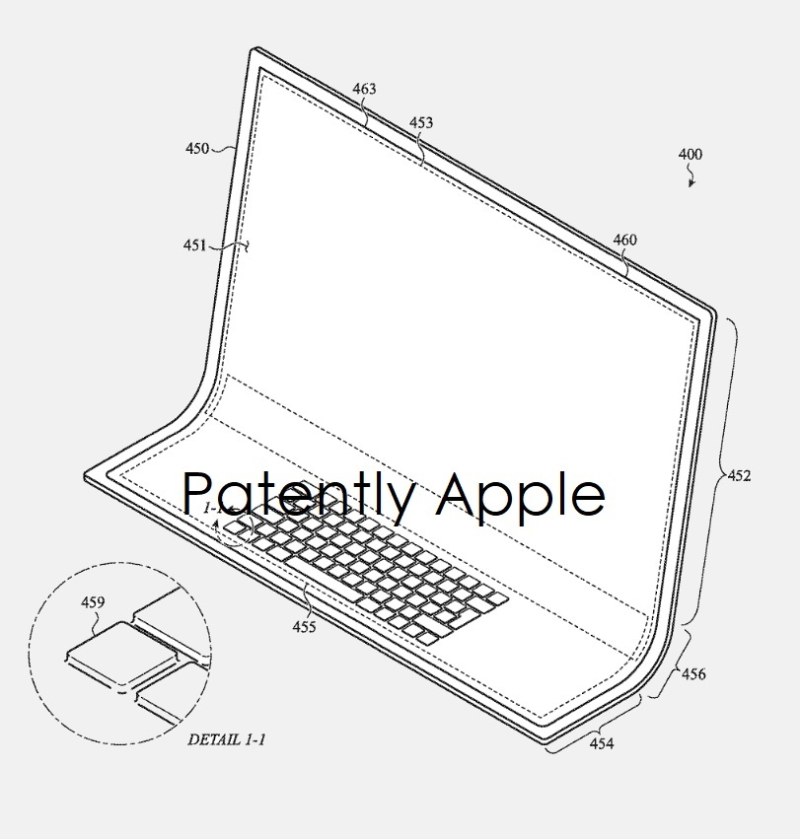 Apple's latest iMac invention published today covers an iMac that may have input-output devices such as sensors, displays, wireless circuitry, and other electronic components mounted within a housing.

The housing may have opposing front and rear walls. The housing may include transparent materials such as glass or clear polymer and may, if desired, include polymer with embedded fibers (e.g., fiberglass).

In some configurations, the front and rear walls may be formed from glass, transparent polymer, or other transparent materials. A display may be viewed through the front wall. Optical devices and other components may operate through the rear wall or other portions of the housing.

The future iMac's stand that is overlapped by the front wall may be viewed by a user. Projectors on the rear wall or other portions of the electronic device may project images onto nearby surfaces.

Sensors such as gaze detection sensors, three-dimensional image sensors, cameras, and other components may operate through housing walls.

Apple's patent FIG. 8 below is a rear perspective view of an iMac concept device; FIG. 9 is a cross-sectional side view of an illustrative portion a possible future iMac housing structure and an associated optical component. 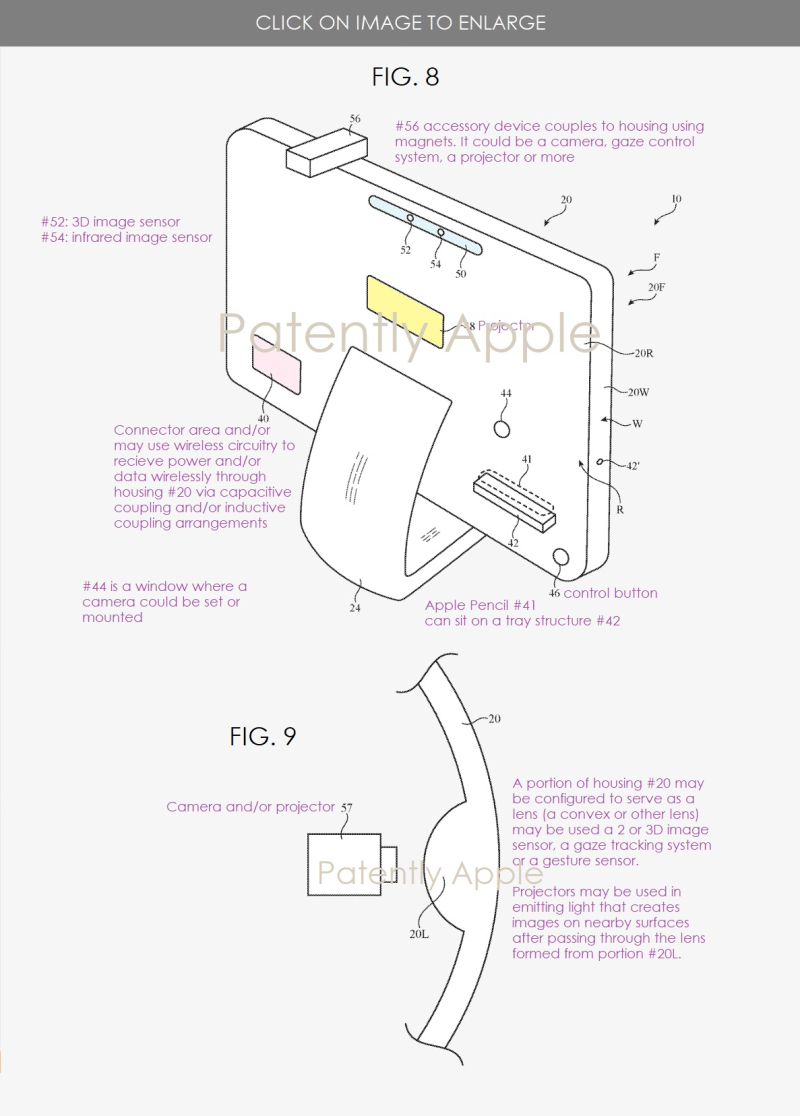 In Apple's patent FIG. 11 below we're able to see a perspective view of a possible future iMac in a system environment in which projectors are being used to project images onto surfaces in the vicinity of the iMac. 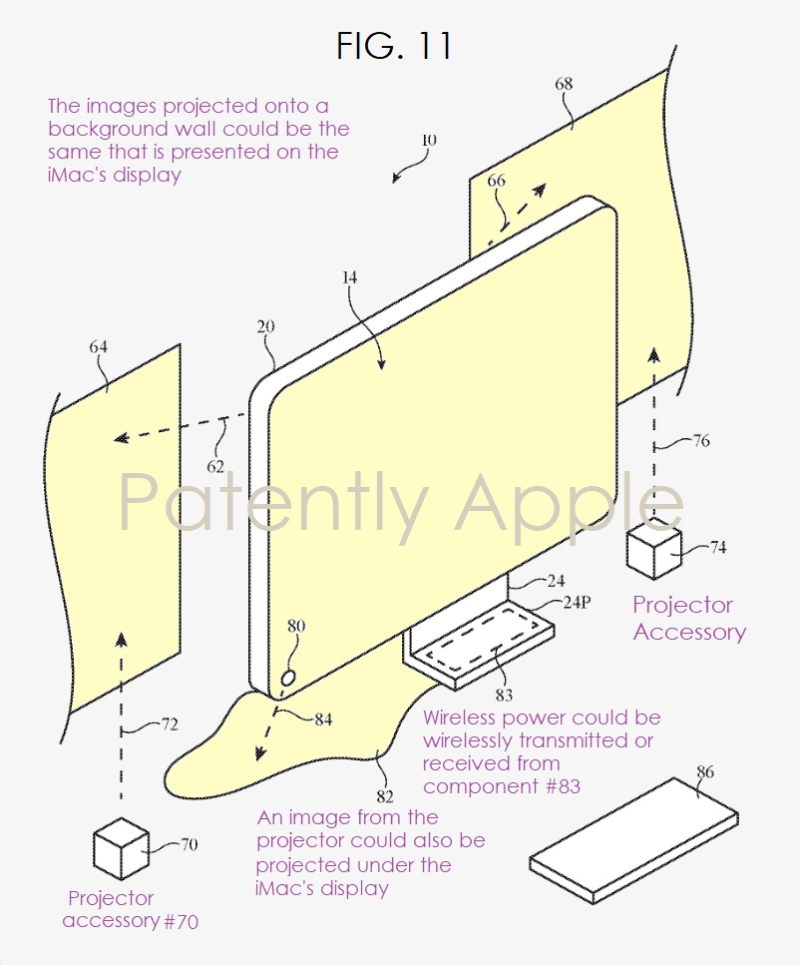 Apple's patent FIG. 10 below is a cross-sectional side view of an illustrative electronic device with electrically adjustable shutters and dual internal projectors. 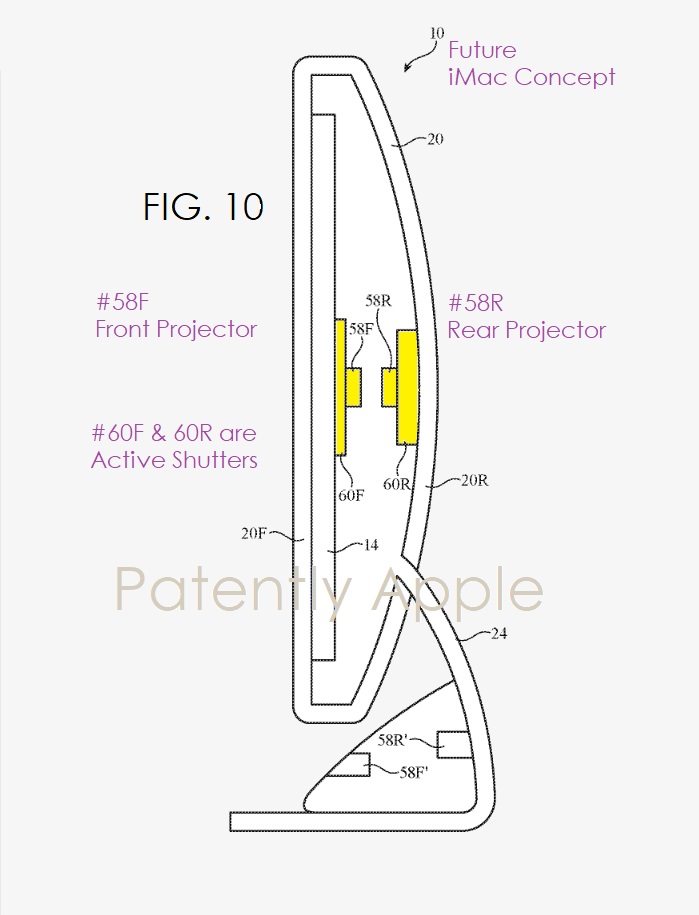 Apple's patent application 20200081492 that was published today by the U.S. Patent Office was filed back in Q2 2019. Considering that this is a patent application, the timing of such a product to market is unknown at this time.