Home Archives Contact Us Subscribe Twitter MeWe Facebook Patently Mobile
While Foxconn announces no growth for H1, they made it clear that they have not seen any great impact on clients new product launches
Apple Wins Patent for a Ring Accessory to Control Content presented on Future Virtual Reality Glasses & Headset

Apple is currently in Short Supply of the iPad Pro, AirPods Pro and build-to-order Macs 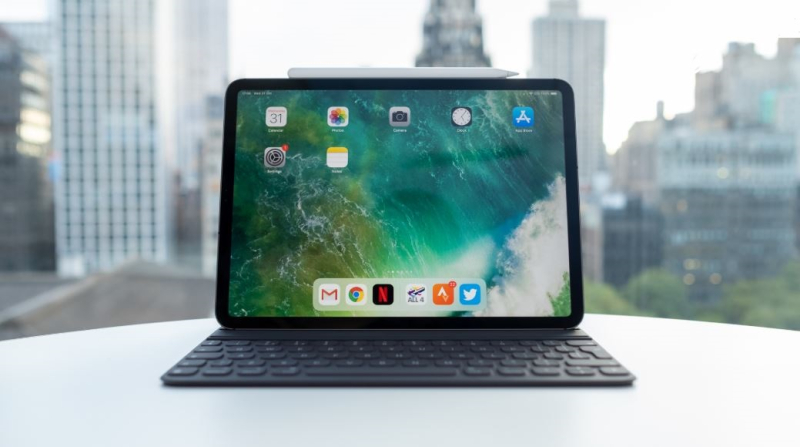 As expected, some products from Apple, Facebook. and HP are in short supply in a possible sign of the coronavirus outbreak’s effect on the global manufacturing system.

According to Bloomberg, "The iPad Pro tablet is seeing limited availability at stores in major cities in the U.S., Australia and Europe, according to a review of Apple’s website on Monday. The 12.9-inch iPad Pro with 512 gigabytes of storage and no cellular connectivity is sold out at all Apple stores in the Los Angeles area. That model and other versions are sold out at many stores in New York City as well.

Some Apple store employees said they started noticing reduced iPad Pro inventory in the last week. They asked not to be identified discussing private product information. Apple has been planning to debut a new iPad Pro with upgraded cameras as early as the first half of this year, so the supply shortages could also be due to incoming models. If that’s the cause of the limited availability, the presence of the virus may still disrupt Apple’s plans.

AirPods Pro earbuds and built-to-order Mac computers are also continuing to show shipping delays, and some Apple Watch Series 3 and Series 5 models are listed as unavailable to buy online. The Watch Series 3 and in-demand AirPods Pro had been constrained even before the coronavirus. The latest iPhones and Apple’s non-Pro iPads are still widely available in the U.S., though some locations in Europe and Australia are showing the iPhone 11 as unavailable.

A review of Facebook’s online store showed the Oculus Quest virtual reality headset with 128 gigabytes of storage is “unavailable” to purchase, while the Oculus Rift S is also sold out online.

HP’s website showed some Envy, Pavilion and Slim desktop computers are out of stock, as are some of the company’s Sprocket mobile photo printers.

Amazon.com Inc.’s website for its products like the Echo speaker and Kindle e-reader showed no major signs of product constraints as of Monday.

Hardware supply chains have been under pressure from Covid-19 for weeks. Factories in China were slow to reopen after the Lunar New Year break, an

d those that did are putting returning workers through quarantine and operating at a vastly reduced capacity. Many Chinese cities are also imposing tight restrictions on travel, complicating logistics. For more read the full Bloomberg report titled "Apple iPads, Facebook VR Headsets in Short Supply as Virus Spreads."