Apple introduced iOS 13.4 today with a new feature called 'CarKey' which was first discussed in a 2011 Patent Filing

Today Apple released iOS 13.4 which includes "CarKey" that allows an iPhone to unlock a vehicle's door. While in the short term it's likely to be limited in use until more vehicle manufacturers add this feature to their vehicles, the good news is that Apple's original patent for this feature provides us with an overview describing where Apple could go with CarKey sometime in the future.

Back in April 2013 Patently Apple posted a report titled "Apple Reveals Advanced Automotive Access & Control System." Apple originally filed the patent with the U.S. Patent and Trademark Office in 2011. So Apple has been working on this for about 9 years.

The patent filing revealed that future iPhones would be able to open your car door, start your engine, shut off your engine for specific time frames, be able to program complete personalized car settings and much, much more. 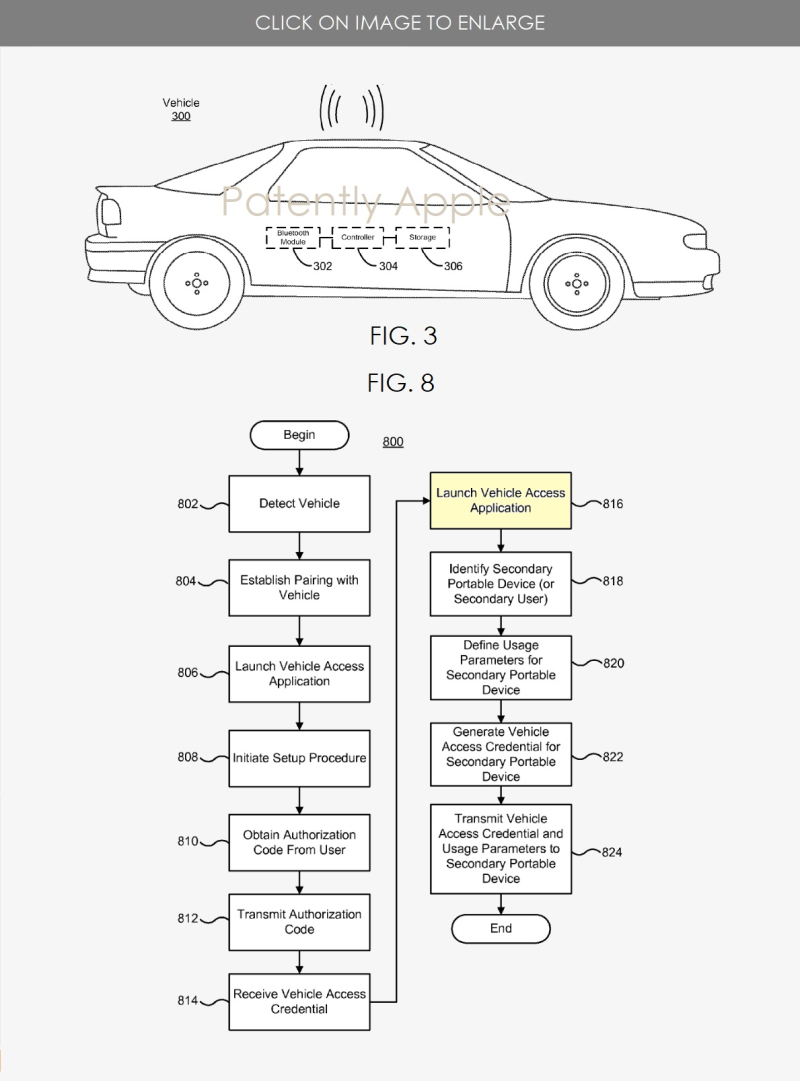 Patently Apple posted a secondary report on this Apple project back in August 2018 titled "Apple Invents an Enhanced Automotive Passive Entry System without mentioning Autonomous Vehicles once." The patent offered new detailing that included machine learning and that a wearable device like an Apple Watch could also be able to unlock a vehicle door and much, much more.

So while Apple's iOS 13.4 released today introduced CarKey, we know that Apple could take this feature much further in the future. CarKey makes the patent behind this feature a patent fulfilled.