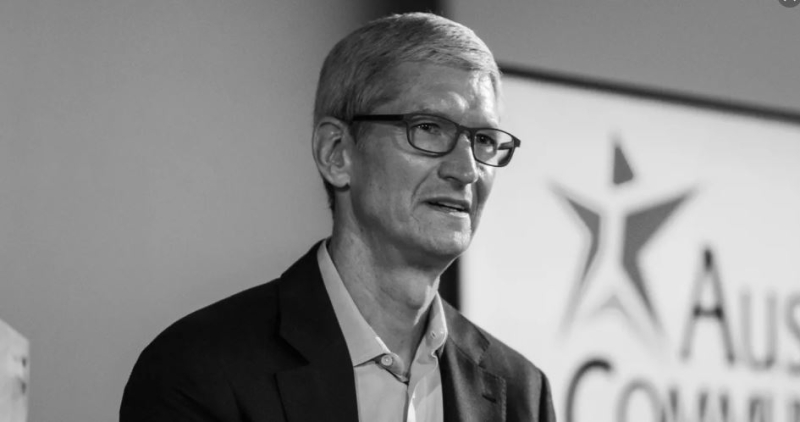 Apple made it public on Friday in a memo from CEO Tim Cook that it's employees in Silicon Valley are encouraged to work from home as an 'additional precaution' against the outbreak of coronavirus, joining other major technology companies, including Alphabet, Microsoft and Twitter.

On Friday and Saturday Apple and Salesforce made similar announcements after Santa Clara County issued emergency guidelines pressuring large silicon valley companies like Apple to cancel large events and to take other measures.

Apple has two main headquarters in Cupertino, California, -- the Apple Park campus and its original Infinite Loop set of buildings -- in addition to offices elsewhere in Santa Clara County. Apple also is offering workers in Seattle the option to work from home. The company employs engineers in Seattle on machine-learning technology.

Apple retail stores in the San Francisco Bay Area remain open, but the company is limiting some 'Today at Apple' classes in the region and in the Seattle area, which has the largest number of confirmed coronavirus cases in the U.S. The iPhone maker also is spacing out Genius Bar service appointments throughout the stores so people are not as close to one another. For more read the Bloomberg report titled Apple Encourages Silicon Valley Staff to Work From Home on Virus," that is still on their technology homepage.

On Thursday Patently Apple posted a report titled "Apple is rejecting COVID-19 Apps not from recognized Health Organizations," and on Friday we posted another COVID-19 report titled "Austin City and Country Leaders held News Conference to Officially Shut down the SXSW Event."

In 2019, the CDC estimated that as many as 56,000 people die each year from the flu or flu-like illnesses. Up until COVID-19, the media hasn't blinked an eye at the annual rate of 56,000 deaths. So it's a bit of a mystery as to why the media's attention has been so high so quickly considering that the death toll thus far is at around 3,805 which is miles from the 56,000 annual flu death toll. 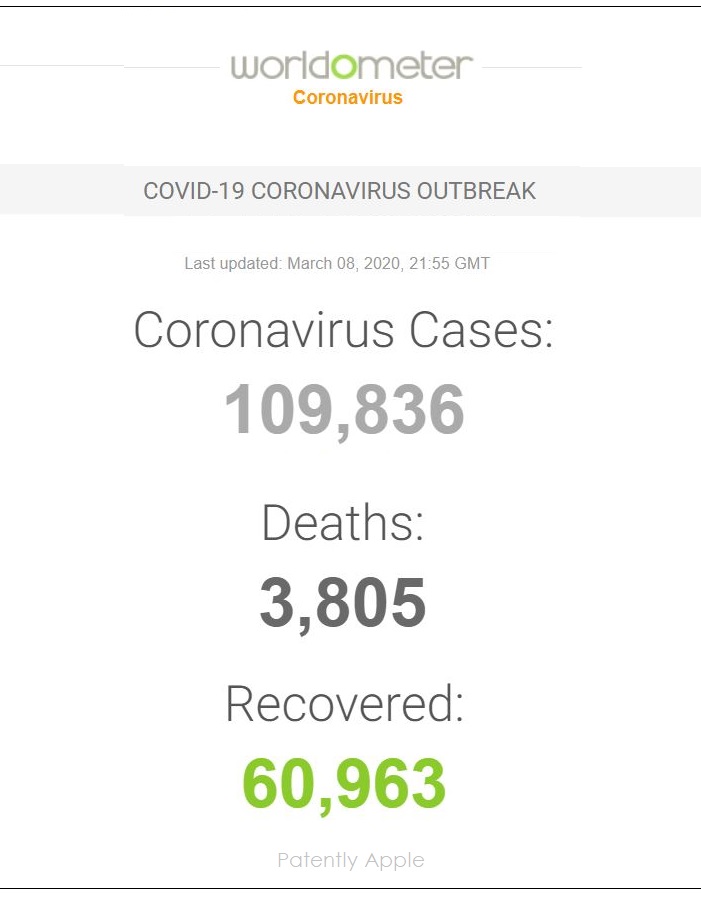 You could stay on top of COVID-19 statistics at the Worldometer website here.