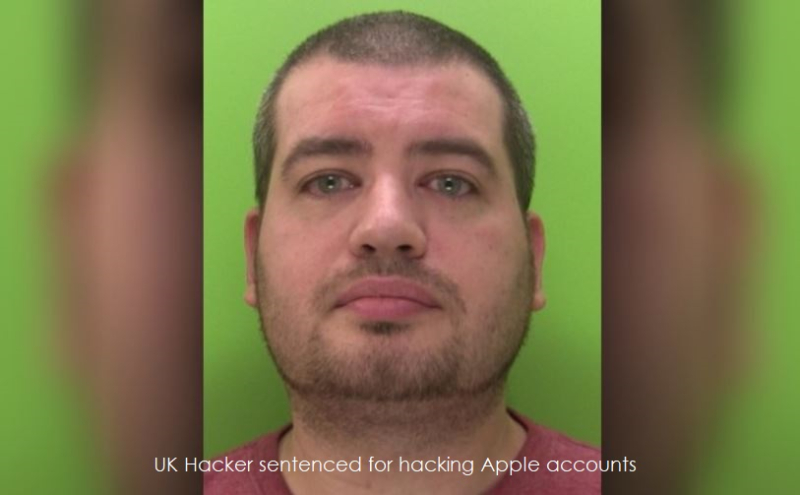 The Essex Police reported yesterday that Robert Field, 38, of Loughborough England, was finally sentenced for 28 counts of causing a computer to perform a function to secure unauthorized data and one count of securing unauthorized access to computer material.

Robert Field was arrested back in  June 2018 when the Essex Police’s Cyber Crime Team and local officers executed a warrant at an address in Huthwaite in Nortinghamshire and arrested Field after they received information that he was hacking accounts.

The Essex Police found that Field had accessed Apple iCloud accounts of men and women looking for images. Many private photographs and videos of an intimate and sexual nature were discovered.

Field also shared the photographs with other individuals in private and in cases, on public websites for everyone to see.

It was found that Field meticulously carried out research on the victims and by having their email details, he was able to successfully guess their security questions.

Most of his activity took place when the victims were sleeping, meaning they would only find out that their passwords had been reset after waking up. Some people also mistook the emails as phishing scams.

The Police also found that Field kept a full detailed spreadsheet on his computer that contained the personal details of all of his victims including their security answers, names, date of birth and addresses. He also included the techniques he had used to hack their accounts and what he had captured.

Field wrote every changed password down in this document and there was evidence that showed he had hacked or attempted to hack hundreds of accounts.

Detective Sergeant Ian Collins, of Essex Police's Cyber Crime Team said: "Field is a sexual predator who has now been brought to justice for his actions," adding that "The victims have been through an extremely distressing and emotional time throughout this investigation and can now have some justice knowing that he has been convicted, which will also act as a deterrent for other offenders."

Collins also stated the he applauded "the diligence and determination of Detective Constable Arran Holmes and the Essex Police Cyber Crime team in support of this operation, which has resulted in Field and three other men receiving time in prison."

The sentences handed down to the other three men ranged from 8 to 34 months. The report did not reveal the length of sentence for Field. For more on this, read the full Essex Police report.

In that case Apple told Fortune that there had been no record of breaches of its systems. Instead, if the hackers do have access to iCloud accounts, Apple suggests previously compromised third-party services are at fault.

Whether Apple will make a public statement that the case of Robert Field has been miscommunicated or mischaracterized by the Essex Police is unknown at this time. Hearing successful hacks of iCloud accounts makes all Apple customers a little apprehensive.