Wistron's Kunshan Plant in China, listed on Apple's active supplier list 2019, is back to 80% production

A report from Taiwan today claims that Wistron's Kunshan plant is back to 80% production. Wistron appeared on the mainland Chinese media CCTV to talk up its resumption of work and epidemic prevention. Of course CCTV is a state run television station so it's difficult to know if the testimony is fact or propaganda.

Zhou Hongren, general manager of Wistron East China Plant, said that he hopes to fully restore production capacity as soon as possible, because suppliers are also very anxious. Hongren admits that they still need government assistance to speed things up. 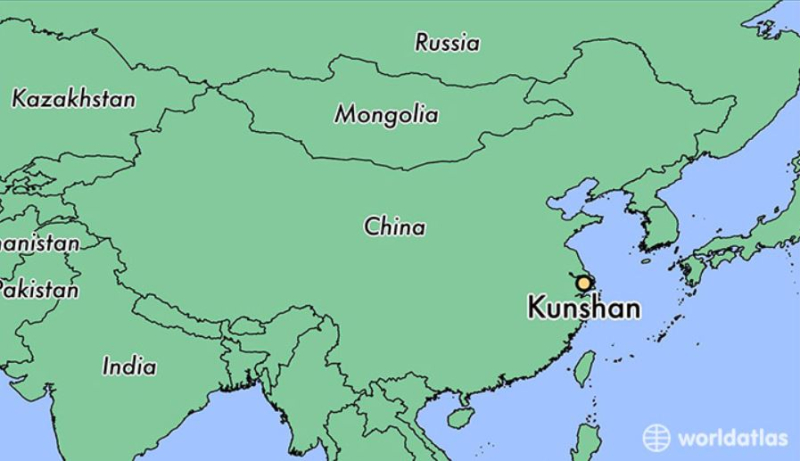 Wistron has 41 first-tier industry suppliers and 310 second-tier suppliers in the local area that area getting plants back up. The problem is that everyone is offering big incentives to get workers back into their plant.

Patently Apple reported early this morning that "Foxconn has also raised extra bonus from previous CNY3,000 (US$426.98) to CNY5,000-7,000 (as high as US$998) for both returning and newly recruited employees seeking to ease labor shortages as soon as possible.

The war for workers is high. Wistron is now offering a bonus of US$710 (RMB 5,000) to get workers back and the incentives are working.

For the time being, the first products Wistron is focusing on are laptops, desktops and monitors.

At one time the Kunshan plant made iPhones. The last model is believed to have been the iPhone 8. Yet in a crunch, Apple may tap into Wistron's Kunshan plant to get more iPhones back on track.

Below is a slice from Apple's suppliers list for 2019 relating to Wistron plants in China with the Kunshan plant being listed as an active supplier.