The U.S. Patent and Trademark Office has Granted Apple Registered Trademark Status for 'iPadOS' and 'Mac'

"iPadOS" is now a Registered Trademark 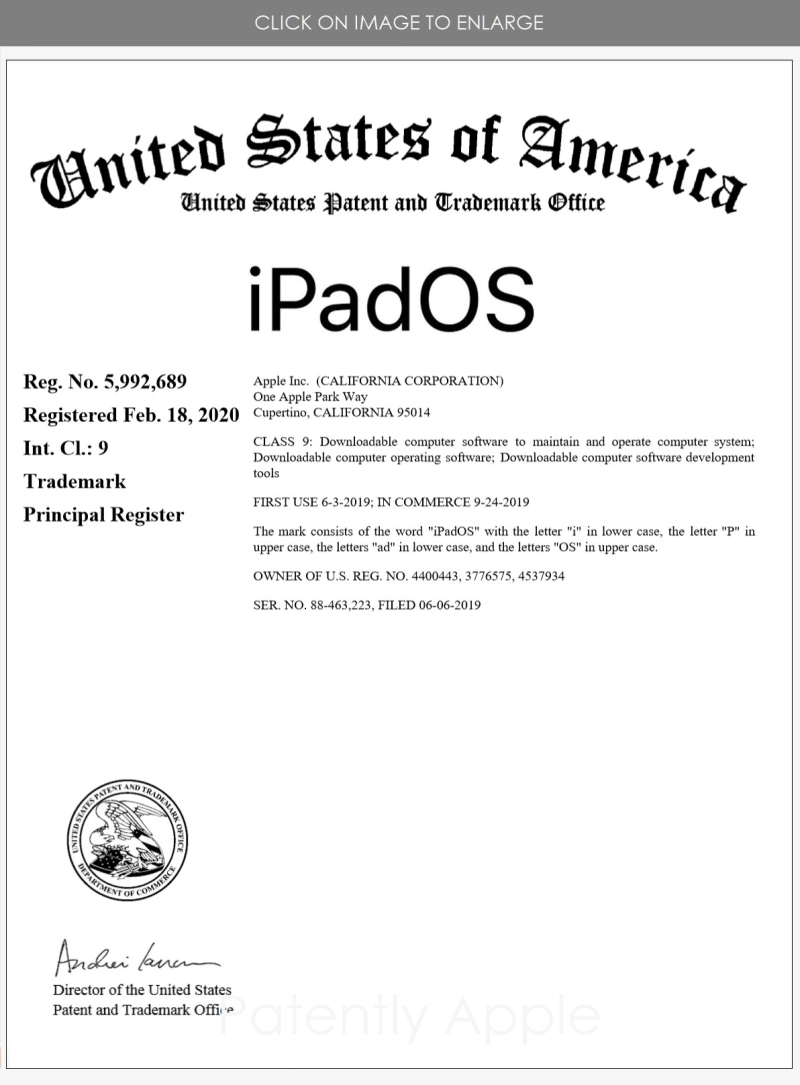 Apple filed for iPadOS under International Class 09 with the following coverage: 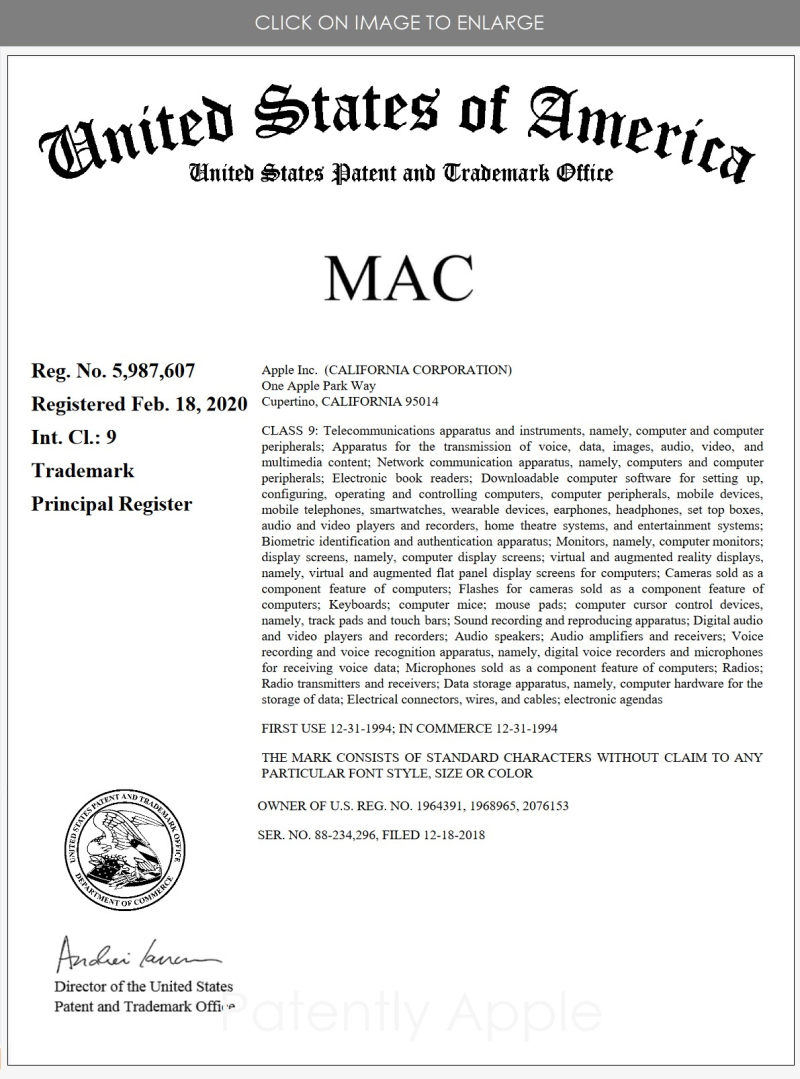 Apple filed their trademark under International Class 09 with the following coverage:

For the record, trademark classes are important because the trademark registration will only protect Apple's trademark(s) in the classes that have been identified in their application.