Home Archives Contact Us Subscribe Twitter MeWe Facebook Patently Mobile
Hybrid Tablets are gaining traction in the market and Apple may finally be adding a Trackpad to their Smart Keyboard Folio
Beyond the FBI, UK's MI5 Spy Agency continues to call upon Silicon Valley to assist them on Encryption Issues 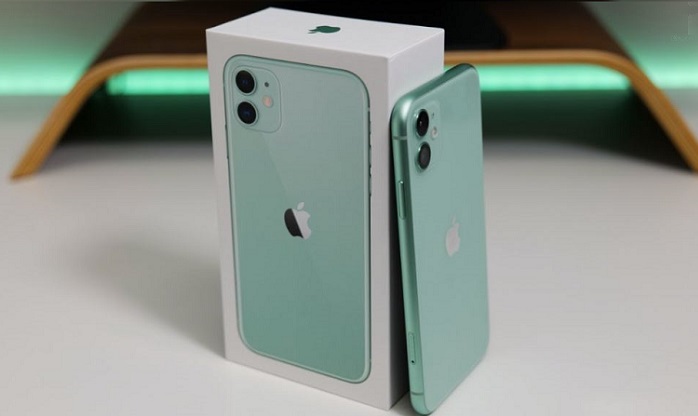 In the latest report from Counterpoint they state that the iPhone X was the first iPhone with multiple cameras that launched at a lower price than its predecessor the iPhone XR. This also indicates the impact of the new iPhone series during the all-important holiday season in Q4. Out of the top ten models, Apple captured six places with iPhone XR being the top-selling model globally in 2019, capturing a 3% market share.

Apple is followed by Samsung with three models, all from its A series, among the top 10. The mid-range A series with features like OLED display, multiple cameras, in-display fingerprint sensor, coupled with the brand power of Samsung created an excellent value proposition for buyers. The revamp of A series has paved the way for a successful mid-tier strategy for Samsung. 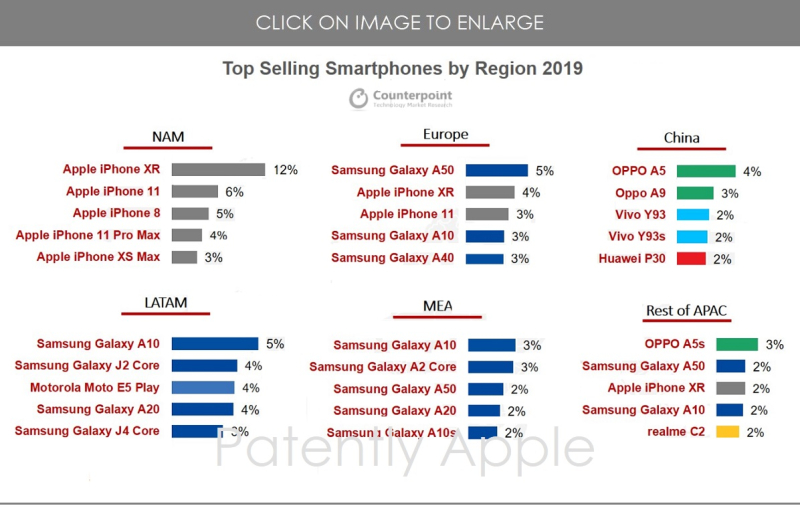 Clearly Apple's new SE2 (iPhone 9…) is likely to put Apple on the map in Latin America and the region known as MEA covering the Middle East and Africa where they've been shut out as a top five smartphone brand.

Apple's SE2 may also allow Apple to gain ground in India, Indonesia, Pakistan, Vietnam, Thailand and the Philippines and yes, make it's mark against Apple's Chinese competitors. The SE2 is likely to put Apple back in a more stable position in China.