The Largest Mobile Trade Show in the World that was set to open on Feb. 24th has been cancelled due to Coronavirus Concerns 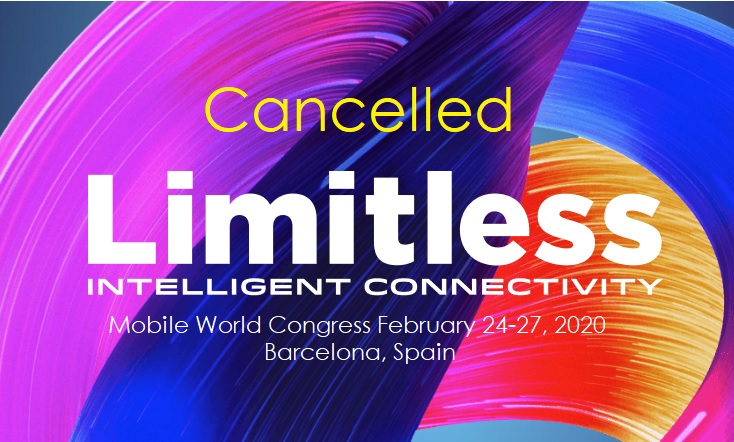 In a rather stunning development, the largest trade show for the mobile Industry known as the Mobile World Congress (MWC) that began in 2006 is being cancelled due to coronavirus. The writing was on the wall as large companies like Nokia, Deutsche Telekom, BT, Amazon, Ericsson, Vivo, LG, Facebook, Sony, Vodafone and STMicroelectronics began to give gave notice that they wouldn't be attending MWC scheduled to open on February 24 in Barcelona, Spain.

The pressure led to an official statement being issued this afternoon by the GSMA via a press release by BusinessWire stating the following :

Since the first edition of Mobile World Congress in Barcelona in 2006, the GSMA has convened the industry, governments, ministers, policymakers, operators and industry leaders across the broader ecosystem.

With due regard to the safe and healthy environment in Barcelona and the host country today, the GSMA has cancelled MWC Barcelona 2020 because the global concern regarding the coronavirus outbreak, travel concern and other circumstances, make it impossible for the GSMA to hold the event.

The Host City Parties respect and understand this decision.

The GSMA and the Host City Parties will continue to be working in unison and supporting each other for MWC Barcelona 2021 and future editions.

Our sympathies at this time are with those affected in China, and all around the world."

Ericsson was one of the First to Withdraw from MWC back on February 7th. Their Press Release in-part read:

"Following the outbreak and continued spreading of the novel corona virus, Ericsson (NASDAQ: ERIC) has closely monitored the development and adhered to recommendations from relevant national authorities and international bodies, such as the WHO. The company has already taken a number of precautionary measures to ensure the health and safety of employees and to minimize the impact on the company’s operations.

After an extensive internal risk assessment, Ericsson has decided to take further precautionary measures by withdrawing from MWC Barcelona 2020, the largest event in the telecom industry.

Ericsson appreciates that GSMA have done everything they can to control the risk. However, as one of the largest exhibitors, Ericsson has thousands of visitors in its hall each day and even if the risk is low, the company cannot guarantee the health and safety of its employees and visitors. For more, read the full Ericsson press release.