Home Archives Contact Us Subscribe Twitter Facebook MeWe Parler Patently Mobile
Apple Made a Decent Comeback in India's Premium Smartphone Market in 2019 while OnePlus took top spot
As the DOJ Focuses on Antitrust behavior by Apple regarding the App Store, One Angry Developer is Raising Hell to get back at Apple 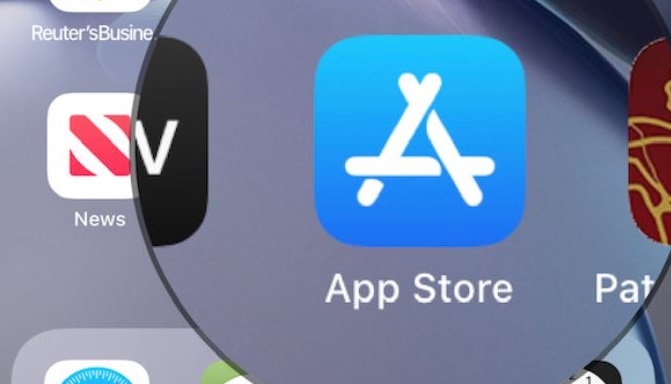 Back in late November Patently Apple posted a report titled "The Questions posed to Apple by the Antitrust Subcommittee are made Public covering Repairs, Google's Search Engine Deal +." The report and attached Sribd document laid out the questions posed by Democrat David Cicilline, Chairman of the House Judiciary Subcommittee on Antitrust to Apple covering matters related to Safari as the default browser, the price of having apps listed on the Apple Store, right to repair and more.  The current focus of the investigation appears to on Apple's behavior towards developers on the App Store.

Today Reuters is reporting that "The U.S. Justice Department has reached out to app developers as part of its investigation into Apple Inc, one of the four big tech companies being probed for alleged anti-competitive behavior, according one of the developers and another person familiar with the investigation.

The chief executive of developer Mobicip, Suren Ramasubbu, told Reuters he was interviewed in November by a U.S. investigator who asked about the company’s interactions with Apple. The app, which has nearly a million users worldwide, allows parents to control what their children see on their iPhones.

Ramasubbu said the Mobicip app was temporarily removed from the iPhone app store last year for a failure to meet requirements imposed by Apple.

Apple introduced its Screen Time app, which includes parental controls, in June 2018. At the start of 2019, Ramasubbu told Reuters, his company was contacted by Apple and warned that Mobicip’s app violated the iPhone-maker’s rules relating to technical elements that had previously been acceptable.

The app was removed from the app store for about six months, during which time it was updated to be compliant with Apple rules, Ramasubbu said. It was reinstated in October 2019, but he estimates his company’s business has shrunk by half.

A source familiar with the Justice Department’s investigation said a handful of app developers had been contacted in what is the first indication of what officials are pursuing involving Apple since the investigation was revealed in June."

Back in October 2019 Patently Apple posted a legal report titled "Apple has been sued by Blix, owner of BlueMail, for Patent Infringement and Illegal Monopolization." More than likely Blix will be providing the DOJ with testimony on how Apple copies developer apps and then locks them out of the App Store.

U.S. Attorney General William Barr said in December that he hoped to have the Justice Department investigations into the big tech platforms – Facebook, Alphabet Inc’s Google, Amazon.com and Apple - wrapped up this year. For more, read the full Reuters report.

While Apple's CEO is on record back in June saying that Apple wasn't a monopoly, he later told the Nikkei Asian Review in November that "A monopoly by itself isn't bad if it's not abused." And who decides that? Well, I don't think it'll be left to Tim Cook to make that final judgement. So we'll just have to patiently wait to hear the DOJ's verdict on the matter whenever it arrives.