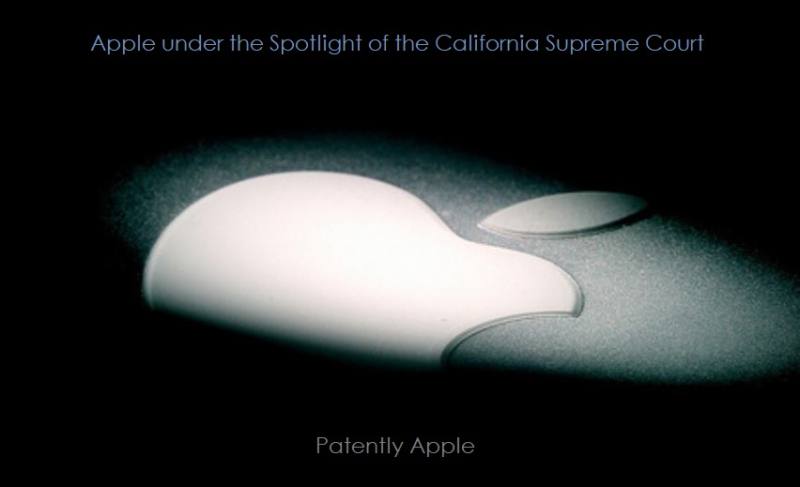 In October 2013 Patently Apple posted a legal report titled "Apple Store Employee Files Class Action Lawsuit over Lost Wages." The nuts and bolts of the complaint revolved around the fact that employees that are paid hourly wages should be compensated for the time lost waiting in lines for mandatory Apple security checks every day. In July 2015 the employees who sued Apple got their case certified as a Class Action. Today we're learning that the California Supreme Court has ruled against Apple.

Bloomberg law reported today that "Apple Inc. violated California law when it failed to pay employees for time they spend waiting for mandatory bag and iPhone searches at the end of their shifts, the California Supreme Court ruled.

The Feb. 13 decision is the latest in the battle over pay for off-the-clock work and marks the California high court’s third wage and hour opinion in two years interpreting the state’s employee-protective wage requirements. Apple won at the trial level in U.S. District Court for the Northern District of California, which said employees of the Cupertino, Calif., tech company chose to bring bags to work and thus subject themselves to the company’s search policy. On appeal, the U.S. Court of Appeals for the Ninth Circuit turned to the state court to interpret California law.

Compensation turns on the issue of whether the employee is controlled by the employer. Apple workers “are clearly under Apple’s control while awaiting, and during, the exit searches,” Chief Justice Tani Cantil-Sakauye said.

“The exit searches burden Apple’s employees by preventing them from leaving the premises with their personal belongings until they undergo an exit search—a process that can take five to 20 minutes to complete—and by compelling them to take specific movements and actions during the search,” the unanimous court said.

“Under the circumstances of this case and the realities of ordinary, 21st century life, we find far-fetched and untenable Apple’s claim that its bag-search policy can be justified as providing a benefit to its employees,” the court said.

Apple’s case will now return to the Ninth Circuit, which earlier held that Nike Retail Services Inc. and Converse Inc. must face California workers’ class claims that they should be paid for time spent in post-shift bag checks." For more on this, read the full Bloomberg Law report.