Home Archives Contact Us Subscribe Twitter Facebook MeWe Parler Patently Mobile
For being locked out of the U.S. Market, Huawei strikes back and sues Verizon for Patent Infringement
Last Night Samsung ran their First Flip Phone Ad during the Academy Awards Prior to its official introduction on Tuesday

Huawei introduced Gentle Monster Smartglasses in Paris back in March 2019. Huawei pointed to the summer of 2019 for a launch though it drifted to November 15, 2019. The Huawei X Gentile Monster Eyewear can be reviewed on their website here.

A few months after the Huawei event in Paris, Samsung's first patent for smart glasses surfaced that was quite detailed. You could review our report on that patent here. 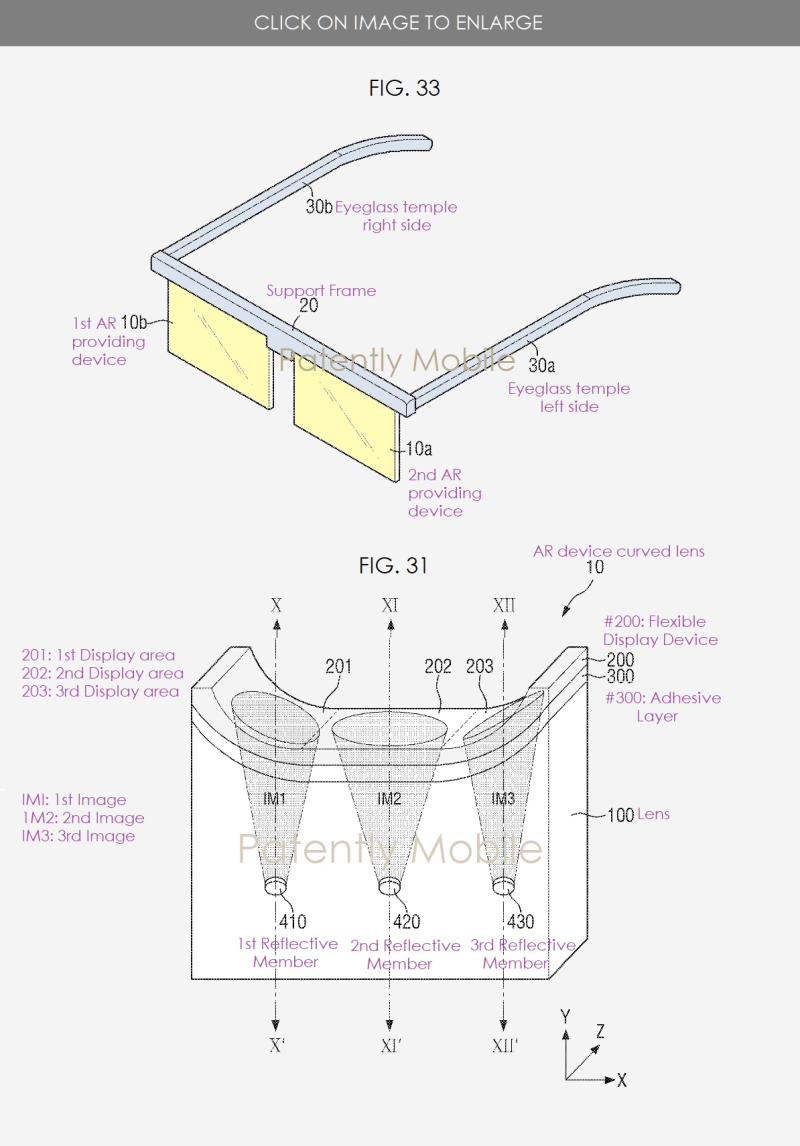 Samsung's patent FIG. 31 above is a perspective view of an augmented reality providing device and more specifically a curved lens. 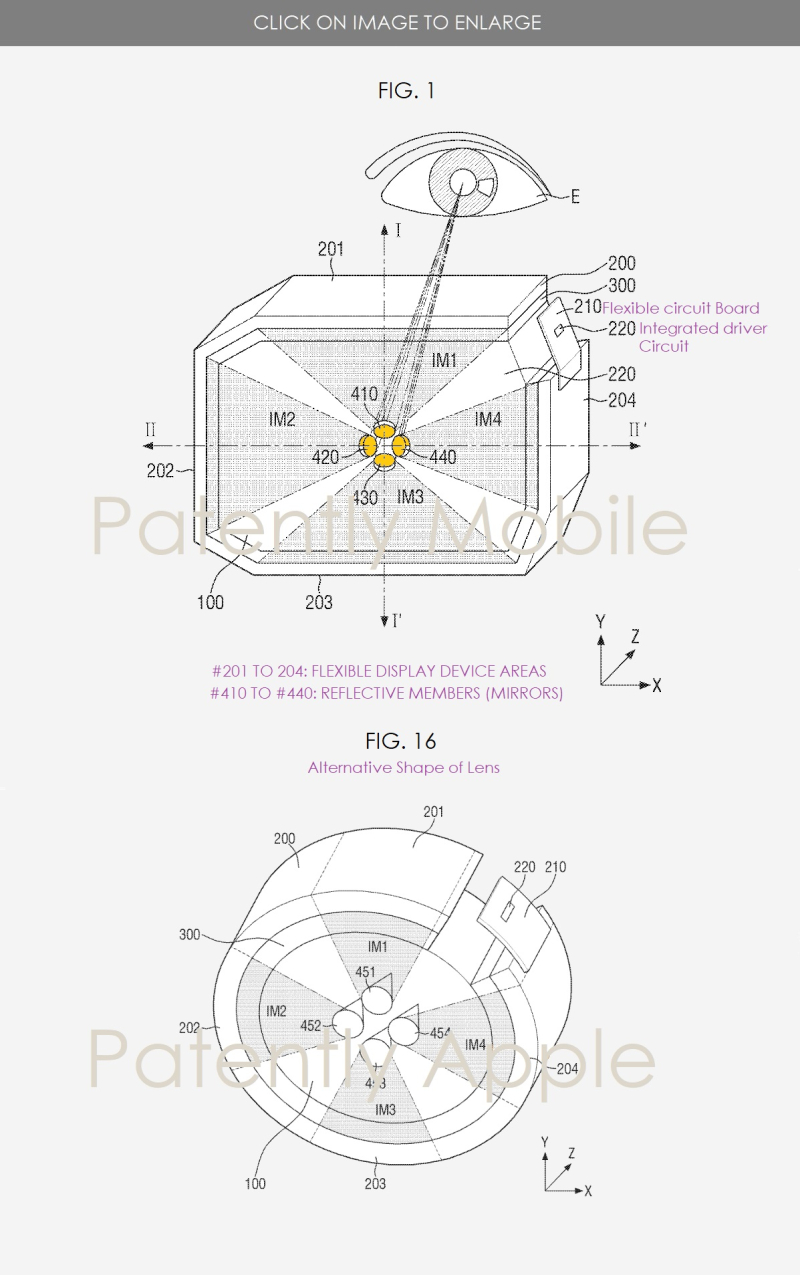 Samsung's patent FIG. 16 above is an alternative design wherein the lens is formed in the shape of an elliptical cylinder having elliptical first and second surfaces and a side surface.

Samsung's patent application 20200026084 titled "Optical Device" that was published on January 23, 2020 was filed in July 2019 in the US and July 2018 in Korea. It's a technical patent with 33 patent figures covering several alternative design concepts.

Apple's patent history shows that their various teams are working on several projects covering everything from entry level glasses to sophisticated glasses and on through to advanced Mixed Realty HMD devices. View our HMD, Smartglasses + archive to see the extent of Apple's intellectual property.