Home Archives Contact Us Subscribe Twitter Facebook Patently Mobile
The U.S. Patent and Trademark Office has Granted Apple Registered Trademark Status for 'iPadOS' and 'Mac'
Digitimes reports that the Top Notebook OEMs are to see Sales generally Plummet 30% or more in January due to COVID-19 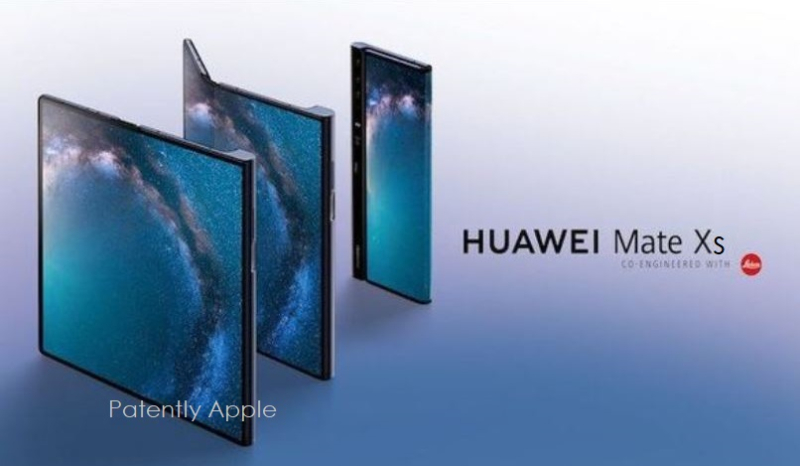 Samsung unveiled their second folding smartphone form factor last week called Z Flip. We pointed out that Samsung was marketing this heavily to women using an image of the Z Flip coming out of a purse along with lipstick and perfume. The Z Flip is made to look like a compact makeup case. YouTuber iJustine, as illustrated below, made the same connection at the 7:48 mark of her first-impressions video. 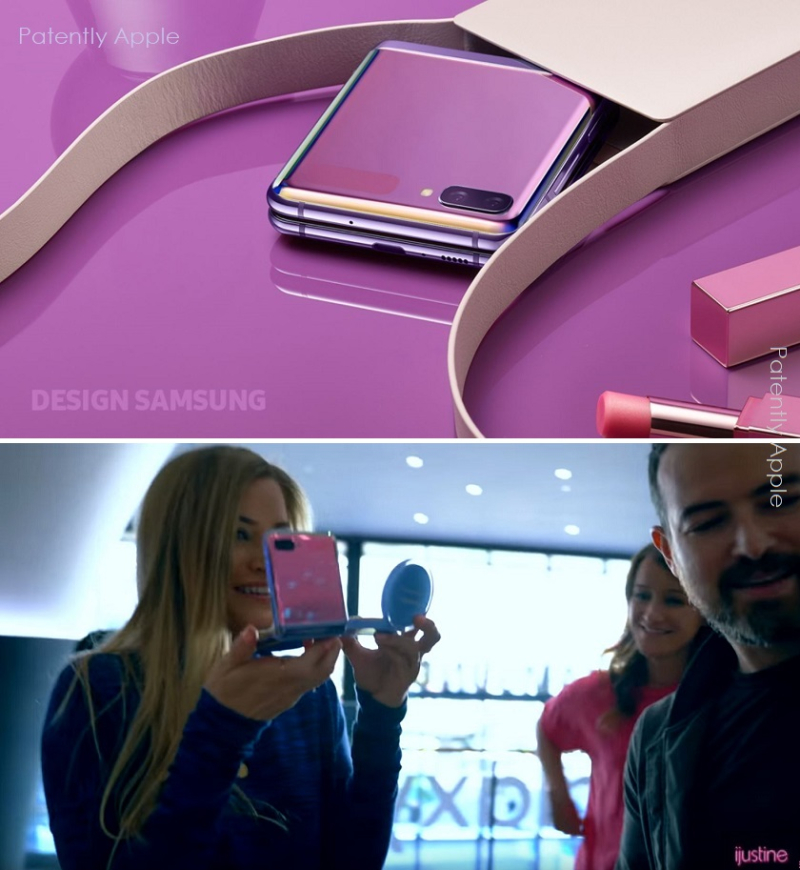 Huawei was supposed to introduce the next generation of their Mate X folding smartphone at the Mobile World Congress in Spain on February 24th but the mobile trade show was cancelled due to concerns over the coronavirus.

It's now being reported in China today that Huawei will be holding a live event in Beijing on February 24th to introduce their updated version of the Mate X called the Mate Xs. 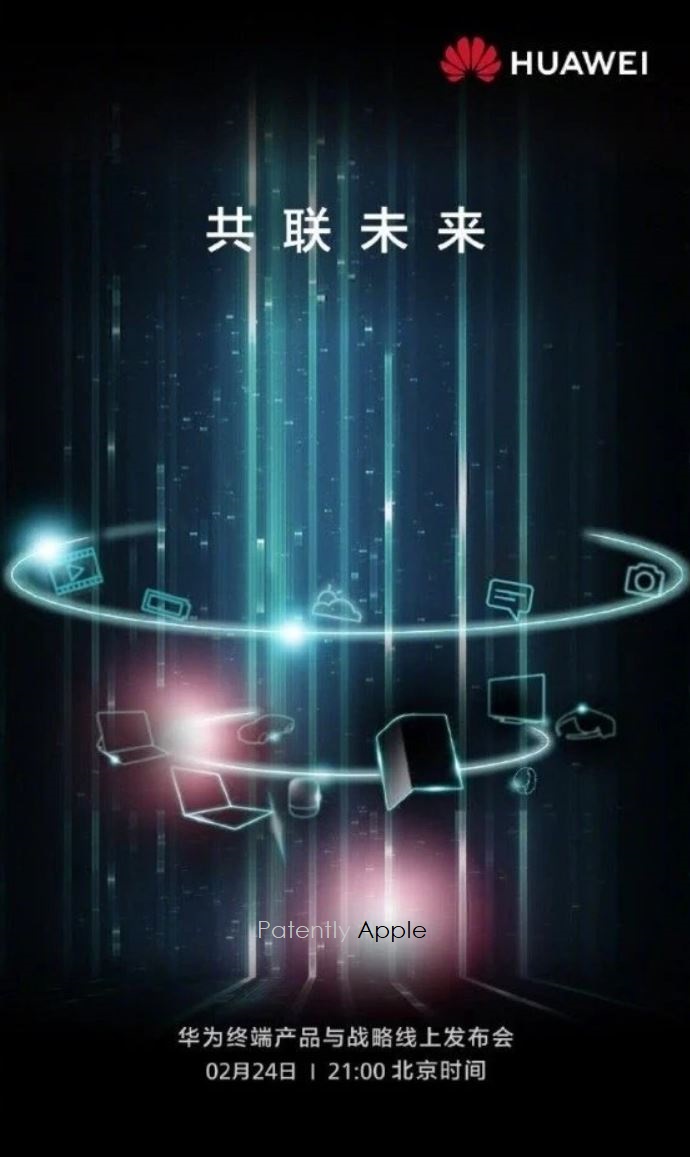 The report notes that Huawei today announced that they will hold an online conference in Beijing at 21:00 on February 24 in the evening, where there will be a variety of new smartphones launching including new 5G phones and a new folding screen phone.

The theme of the event, according to the poster above, is "Together the Future." Reportedly Mr. Yu Chengdong (Richard Yu) Executive Director, CEO of their Consumer business group, has confirmed that the Huawei Mate Xs will be released in February and upgraded with a better hinge, better processor (Kirin 990 5G) and better folding screen.

The report further noted that "There is no doubt that Huawei Mate Xs will continue to position itself as a 'super flagship' and further upgrade its screen, hinges, and photos. After polishing and optimization, the experience will be more complete.

On January 11 this year, Huawei revealed that the original Mate X had been selling 100,000 units per month since it was launched in the Chinese market last November and its price is 16,999 yuan. The price of the Xs is to be the same price (US$2,400).