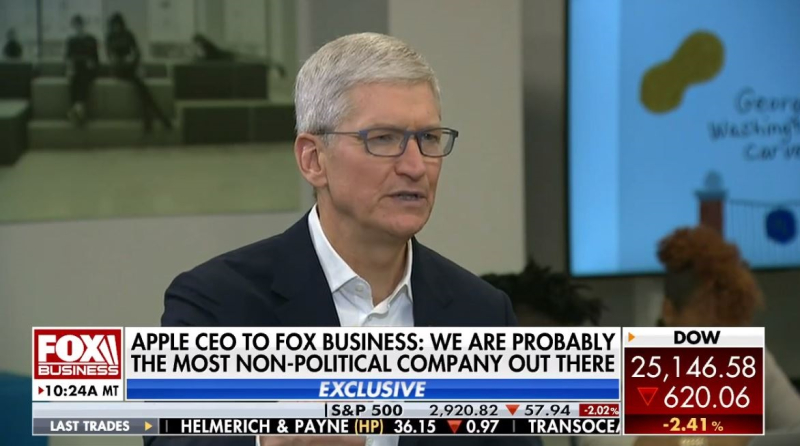 Fox Business News has posted a ten minute video report talking about many timely issues of interest. The interviewer Susan Li landed an exclusive interview with Apple's CEO Tim Cook when in Alabama yesterday for the launch of an educational initiative on coding in schools.

Apple's CEO spent some time expressing confidence in the supply chain in China that they've created by emphasizing the quality of production and the depth of engineering it has versus moving outside of China to simply save on costs alone.

Other topics found n in the interview include creating jobs in the U.S. by working with President Trump; being excited about their future in India and their first Apple Store along with the politics behind the scene that was holding them back; Cook also clarified that while Apple employees can contribute to a Presidential candidate of their choice, Apple doesn't contribute to any campaign because they focus on policies not politics.