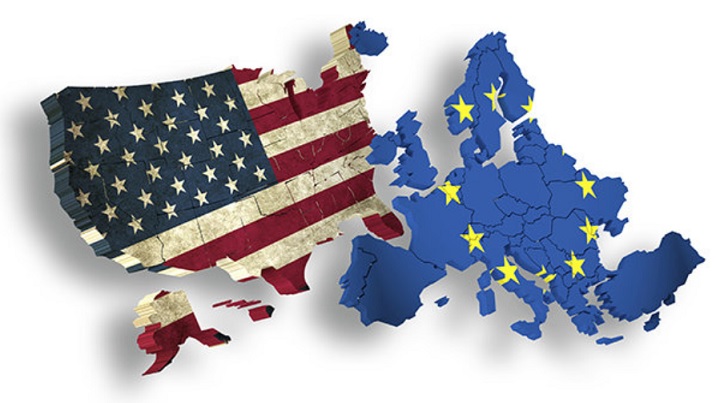 And on Monday, Mark Zuckerberg, Facebook’s chief executive, is joining in with his own trip to Brussels to meet with officials like Margrethe Vestager, the executive vice president of the European Commission.

The main reason so many Silicon Valley executives are paying court in the European Union’s capital: E.U. lawmakers are debating a new digital policy, including first-of-its-kind rules on the ways that artificial intelligence can be used by companies. That has far-reaching implications for many industries — but especially for tech behemoths like Google, Facebook and Apple that have bet big on artificial intelligence.

Mr. Pichai said in a speech last month when he visited Brussels that "While A.I. promises enormous benefits for Europe and the world, there are real concerns about the potential negative consequences." He added that regulation of artificial intelligence was needed to ensure proper human oversight, but added "there is a balance to be had" to ensure that rules do not stifle innovation.

Silicon Valley executives are taking action as Europe has increasingly set the standard on tech policy and regulation. In recent years, the E.U. has passed laws on digital privacy and penalized Google and others on antitrust matters, which has inspired tougher action elsewhere in the world. The new artificial intelligence policy is also likely to be a template that others will adopt.

A first draft of the artificial intelligence policy, which is being coordinated by Ms. Vestager, will be released on Wednesday, along with broader recommendations outlining the bloc’s digital strategy for the coming years. The debate over the policies, including how to expand Europe’s homegrown tech industry, is expected to last through 2020.

In the United States, the government has focused on providing research funding for artificial intelligence rather than drafting new regulations. This month, the latest White House budget proposal earmarked roughly $1.1 billion for such research.

Ms. Vestager said her policy would include a boost to research funding, but also a framework for safeguarding areas where artificial intelligence can cause the most harm. She said she was not worried about how artificial intelligence is used to recommend a song on Spotify or a movie on Netflix, but was focused on algorithms that determined who gets a loan or what diseases are diagnosed.

The rules will have important consequences for Apple, Facebook and Google. The tech giants have invested heavily in artificial intelligence in recent years and have battled to hire the world’s top engineers. Artificial intelligence is now in Apple products such as Siri and Face ID, helps power Google’s search engine and self-driving cars, and Facebook’s advertising business. To learn more, read the full New York Times report titled " Silicon Valley Heads to Europe, Nervous About New Rules."

Margrethe Vestager, the EU Commission's Executive VP is responsible for setting the strategic direction of a Europe Fit for the Digital Age and much more has stated prior to her official report being made public on Wednesday, that "Artificial intelligence has started to penetrate every part of society, from shopping suggestions and voice assistants to decisions around hiring, insurance and law enforcement, provoking concerns about privacy, accuracy, safety and fairness.

The EU wants to ensure technology deployed in Europe is transparent and has human oversight, particularly for high-risk cases.In situations where the use of AI could pose risks to people’s safety or their legal or employment status, such as those involving self-driving cars or biometric identification, the EU’s requirements could include implementing conformity checks by public authorities."

In Wednesday's report Vestager will cover new facial recognition rules, and  promises a review of antitrust rules, including potential legislation for "gate-keeping platforms," that would give the EU the ability to crackdown on big tech. For more, read the full Bloomberg report that's on their technology homepage today. 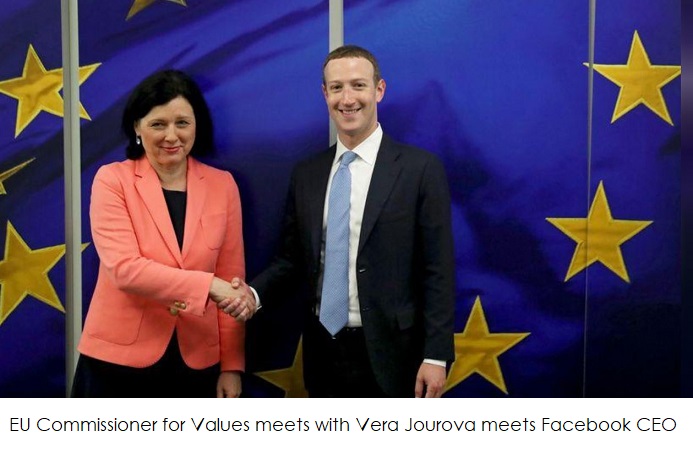 In a third report posted today, we're learning that arrogant EU industry chief tells Facebook to adapt to EU, not other way round. EU industry commissioner Thierry Breton said on Monday it was for Facebook to adapt to Europe’s standards, not the other way round, as he criticized the U.S. social media giant’s proposed internet rules as insufficient.

The blunt comments came after a short meeting with Facebook CEO Mark Zuckerberg and two days before Breton is due to present the first of a raft of rules to rein in U.S. tech giants and state-aided Chinese companies.

Breton, a former CEO at French telecoms provider Orange and French technology company Atos, told reporters after the meeting "It’s not for us to adapt to this company, it’s for this company to adapt to us."

Breton also said he would decide by the end of the year whether to adopt tough rules as part of the digital services act to regulate online platforms and set out their responsibilities.

He dismissed a discussion paper issued by Facebook on Monday that rejects what it calls intrusive regulations and suggests looser rules whereby companies would periodically report content and publish enforcement data.

Breton will announce proposals on Wednesday aimed at exploiting the EU’s trove of industrial data and challenging the dominance of Facebook, Google and Amazon. It will announce rules to govern the use of artificial intelligence too, which will also affect companies such as Facebook.

Referring to the possibility that the EU may hold internet companies responsible for hate speech and other illegal speech published on their platforms, Facebook in its discussion document said this ignored the nature of the internet. For more, read the full Reuters report.

In a follow-up report this afternoon, Facebook rang the alarm bell. After meeting with EU officials,  Reuters reported that "Facebook warned of threats to innovation and freedom of expression on Monday, ahead of the release of a raft of rules by the European Union this week and in the coming months to rein in U.S. and Chinese tech companies.  For more on that report click here.

Europe, that was of little significance in the technology revolution over the past decade, now wants to exact their revenge on tech companies, especially those in the U.S. It's very possible that Wednesday's reports from the EU could be explosive and potentially ignite a trade war between Europe and the U.S.

EU industry commissioner Thierry Breton's in-your-face attitude recorded in various reports pretty much frames what the EU's position and tone is likely to be on Wednesday.