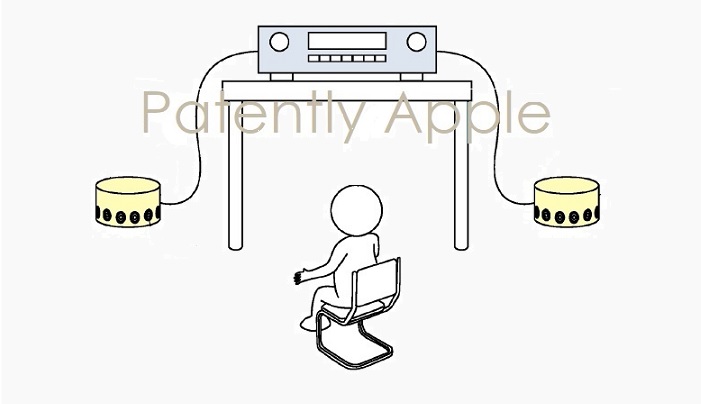 The U.S. Patent and Trademark Office officially published a series of 69 newly granted patents for Apple Inc. today. In our last patent report of the day we  cover a next-gen stereo system from Apple that could contain cameras in the speakers that could determine where the listeners are in the room and reset the configuration of the speakers to deliver the right stereo sound.  Also, one of the first patents that Apple acquired from Intel surfaced today that covers antennas. As always, we wrap up this week's granted patent report with our traditional listing of the remaining granted patents that were issued to Apple today.

Apple's patent FIG. 1 below shows a view of a listening area with an audio receiver, a set of loudspeakers, and a listener; FIG. 7A shows an overhead view of the bottom end of a loudspeaker with an integrated camera facing downwards; FIG. 7B shows the direction/perspective captured by the camera integrated within the loudspeaker 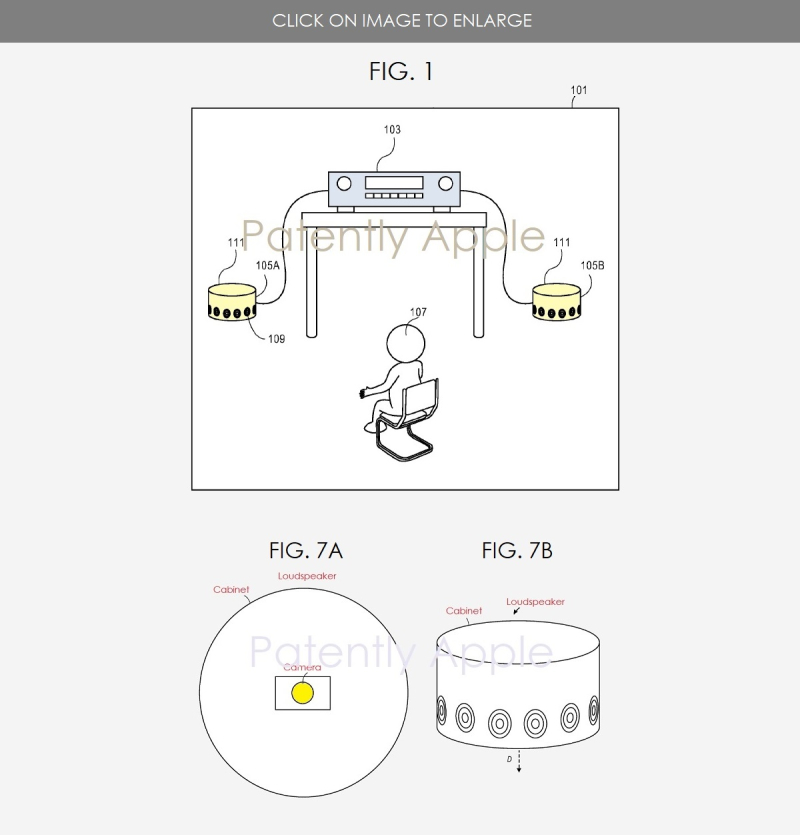 Apple's granted patent 10,567,901 was filed in Q3 2017 in the U.S. and published today by the U.S. Patent and Trademark Office. Patently Apple covered this as a patent application in September 2017 and you could review it here for more graphics and information.

An Antenna system acquired from Intel

On July 25, 2019 Patently Apple posted a report titled "Apple Signs Agreement to Acquire the Majority of Intel's 5G Modem Business to Further Differentiate its Products." Today one of the first acquired patents was granted by the U.S. Patent Office and it's for one that's not related to 5G directly. The antenna system #200 can also include one or more input/output ports, such as audio jack #244 and High-Definition Multimedia Interface (HDMI) port #246. The HDMI port can be mounted on, for example, a top surface #202 of the PCB. A speaker #248 can also be mounted on the bottom side #204 of the PCB. 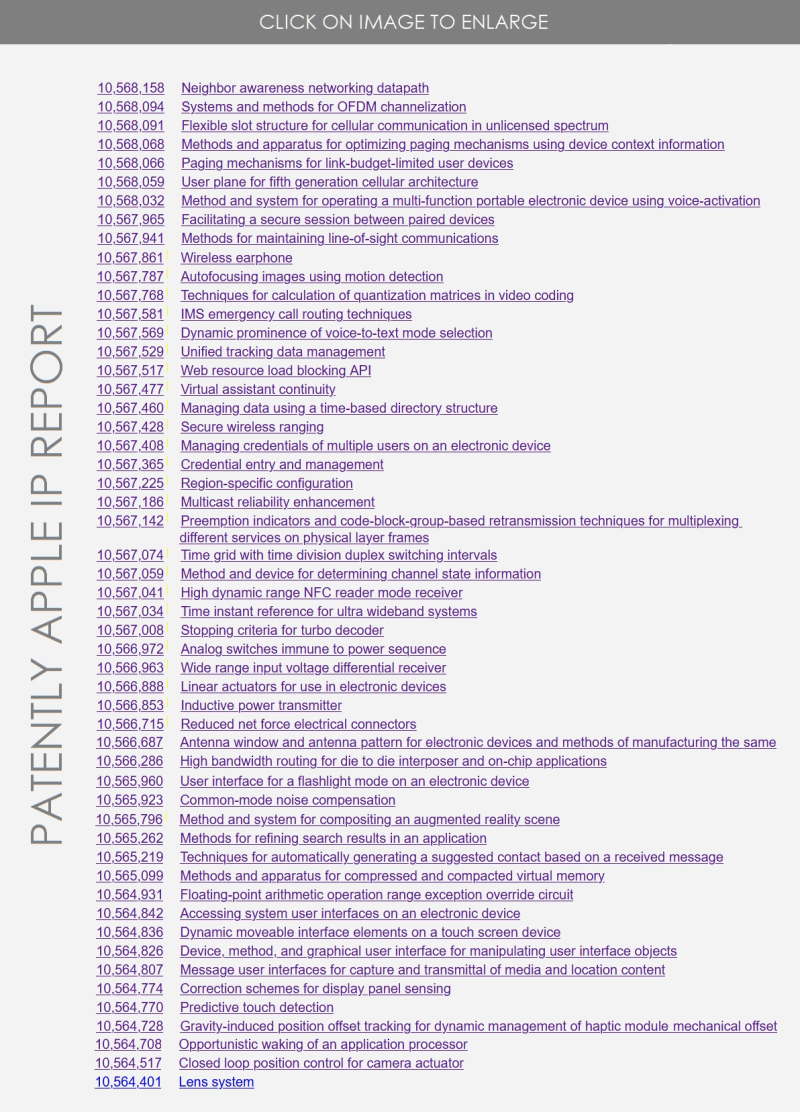