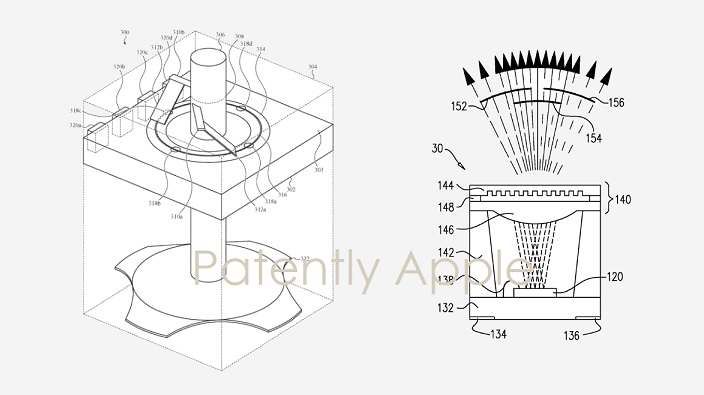 The U.S. Patent and Trademark Office officially published a series of 69 newly granted patents for Apple Inc. today. In this particular report we cover four patents relating to a projector that captures in-air hand gestures, smart fabric equipment, the Apple Watch Digital Crown and the MacBook Pro's Touch Bar. Our report covers three design patents and as always, we wrap up this week's granted patent report with our traditional listing of the remaining granted patents that were issued to Apple today.

Apple's patent generally relates to compact crowns for electronic devices such as electronic watches. More particularly, the present embodiments relate to a crown having (or taking the form of) a high-resolution rotary encoder that detects a rotation angle or relative amount of motion using an output from two or more angularly offset wipers.

Apple's invention is about a projector that can produce and project a pattern of light spots onto an object or scene, in order to enable an imaging and processing system (not shown) to analyze the projected pattern and estimate a three-dimensional (3-D) map of the object or scene. Such a projector is part of Face ID.

The 3-D map also referred to as a depth map, can be used for various purposes, such as for user gesture recognition as part of a Man-Machine Interface (MMI). Projector 30 may be integrated into various host systems, such as mobile communication or computing devices. 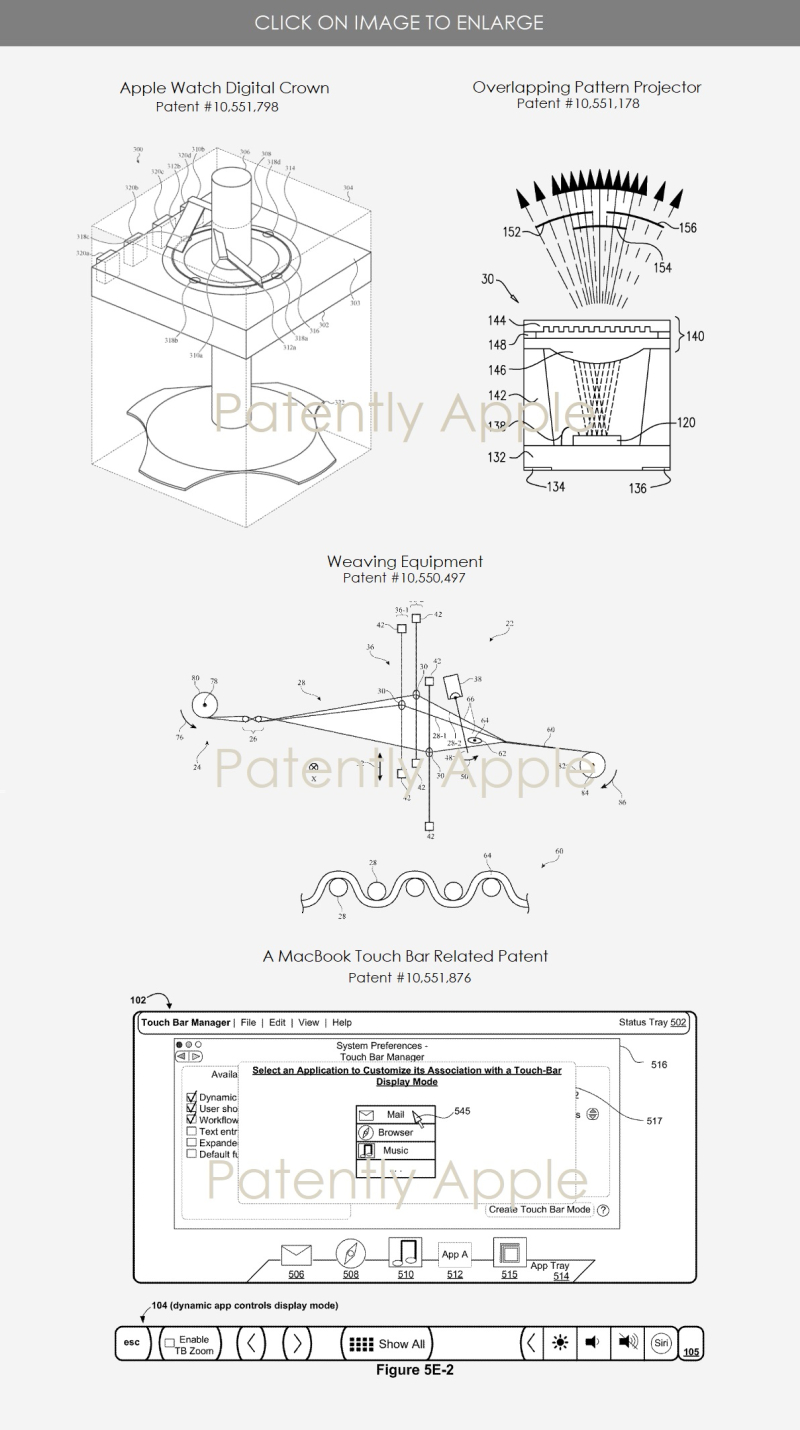 Apple patent is about weaving equipment that makes smart fabrics. Apple notes that electronic devices, enclosures, and other items may be formed from fabric such as woven fabric. The woven fabric may include strands of insulating and conductive material. Conductive strands may form signal paths through the fabric and may be coupled to electrical components such as light-emitting diodes and other light-emitting devices, integrated circuits, sensors, haptic output devices, and other circuitry.

The top key design patents granted to Apple today cover the Apple Watch housing, A MacBook Component which appears to be its Trackpad and an Adapter. 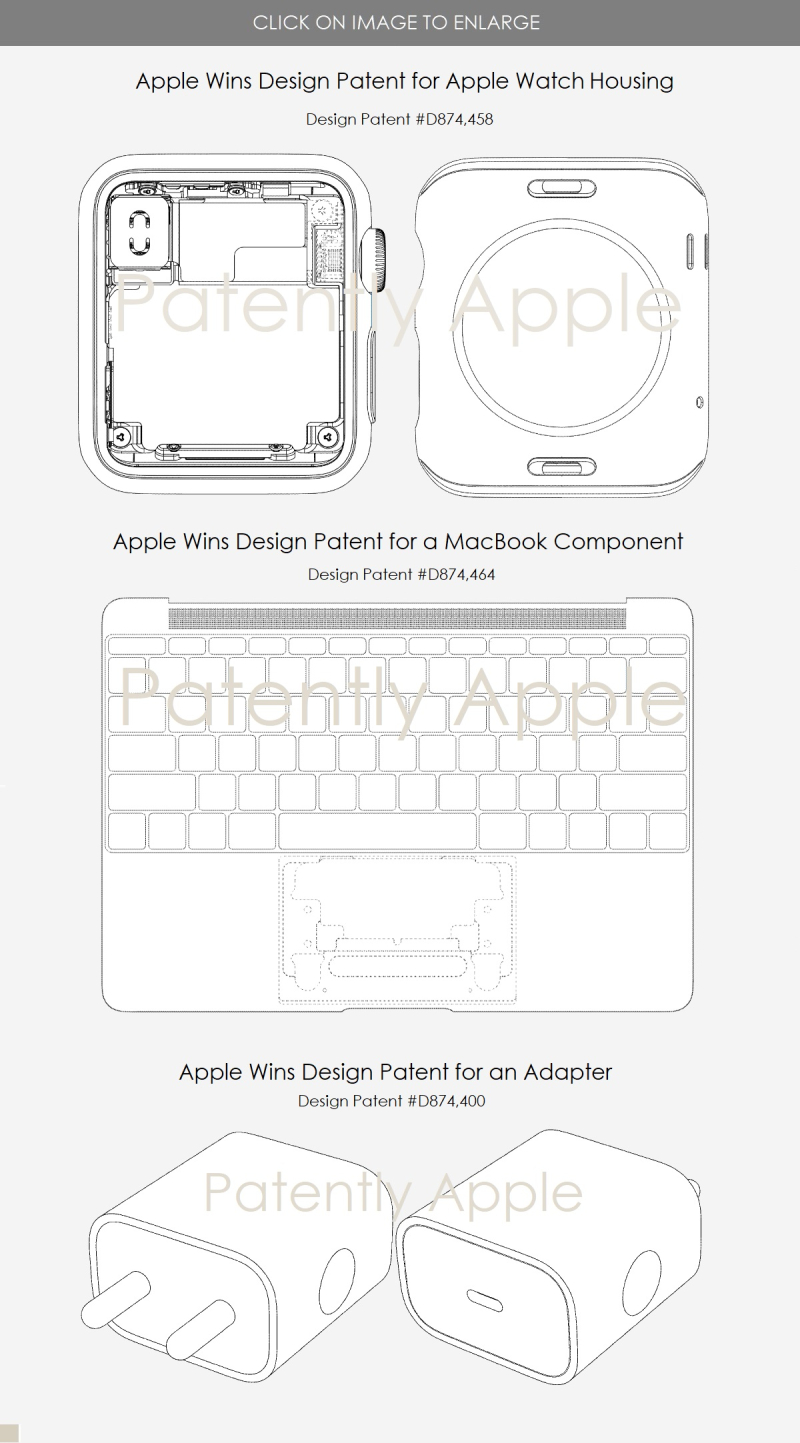 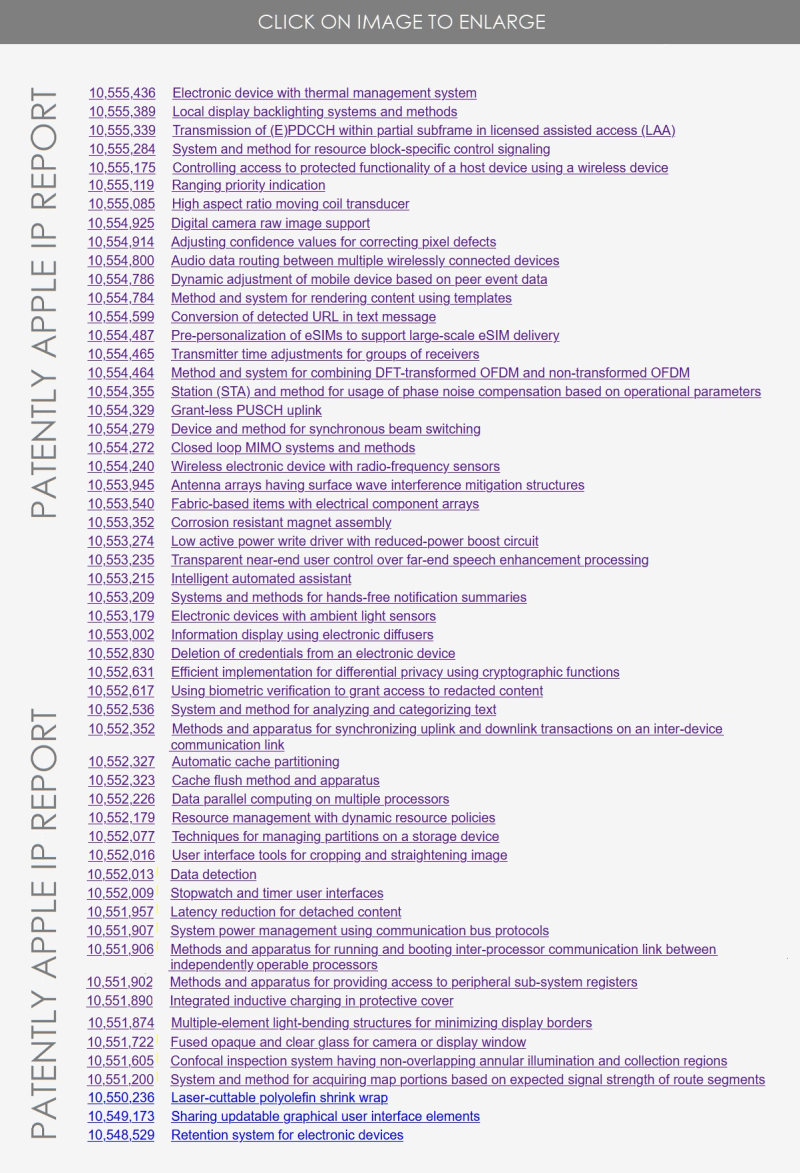