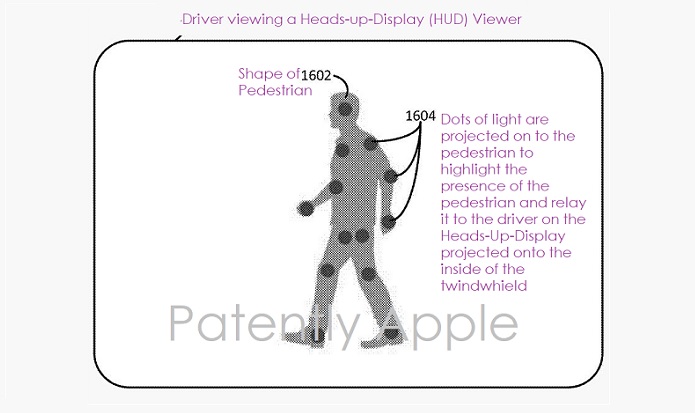 The U.S. Patent and Trademark Office officially published a series of 40 newly granted patents for Apple Inc. today. In this particular report we cover a major Project Titan light and projection system. For Face ID, Apple's TrueDepth camera includes a Dot projector to ID a face. In today's granted patent, Apple takes that technology to the next level. The system provides an advanced "dot projector" to a future vehicle (autonomous or not). In foggy or other poor driving condition that limits the driver's view of the road ahead, the lighting and projection system is able to detect the shape of trouble ahead (a human, child, animal, fallen tree) and project the image onto a heads-up-display system in a timely manner so that the driver could react accordingly.

Our report also covers a granted patent for a new LiDAR system for future vehicles, a design patent for Apple Watch and as always, we wrap up this week's granted patent report with our traditional listing of the remaining granted patents that were issued to Apple today.

More specifically, Apple's patent notes that a future vehicle (autonomous or not) will operate with a Light Detection and Ranging (LIDAR) detector that illuminates the objects within the field of view of the vehicle with a laser and analyzes the light reflected back off the objects.

The system contains sensors that comprise of a thermal infra-red sensor and the scene information from the sensor is a thermal signature of a detected object. A future Heads-Up-Display projected to the user's windshield will provide the driver with a superior view of the road ahead and warn the driver of objects to avoid ahead, be it a person, animal, another vehicle with clarity.

Apple's patent FIG. 16 below is a diagram illustrating projecting illumination with highlighted portions on one or more images of a scene to enhance the visibility of objects within the scene. 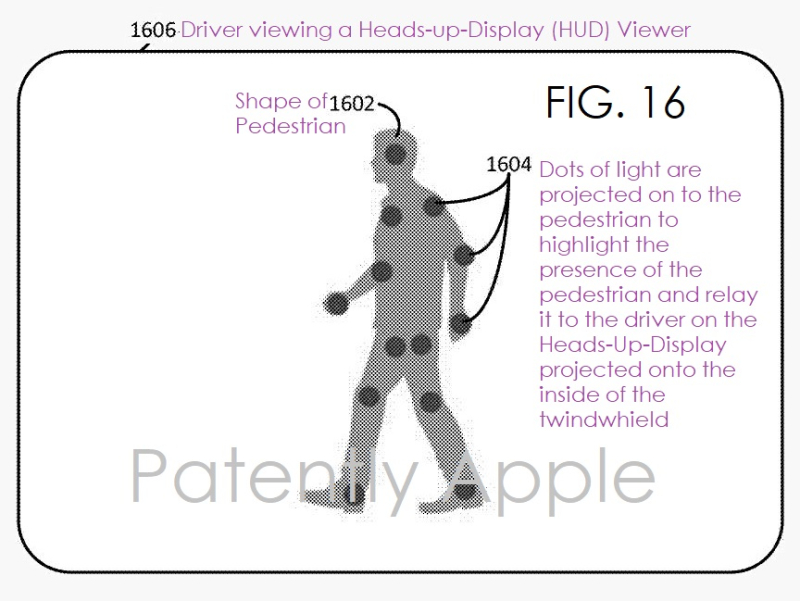 Apple's patent FIG. 4 below is a flowchart of a method for tracking an object through a headlight field of view when a vehicle is in motion; FIG. 6 is a diagram illustrating projecting an image with a contrast control feature on a plurality of portions of the field of view of the headlight; and FIG. 12 is a diagram illustrating a second approach for a dynamic volumetric headlight utilizing a titled focal plane. 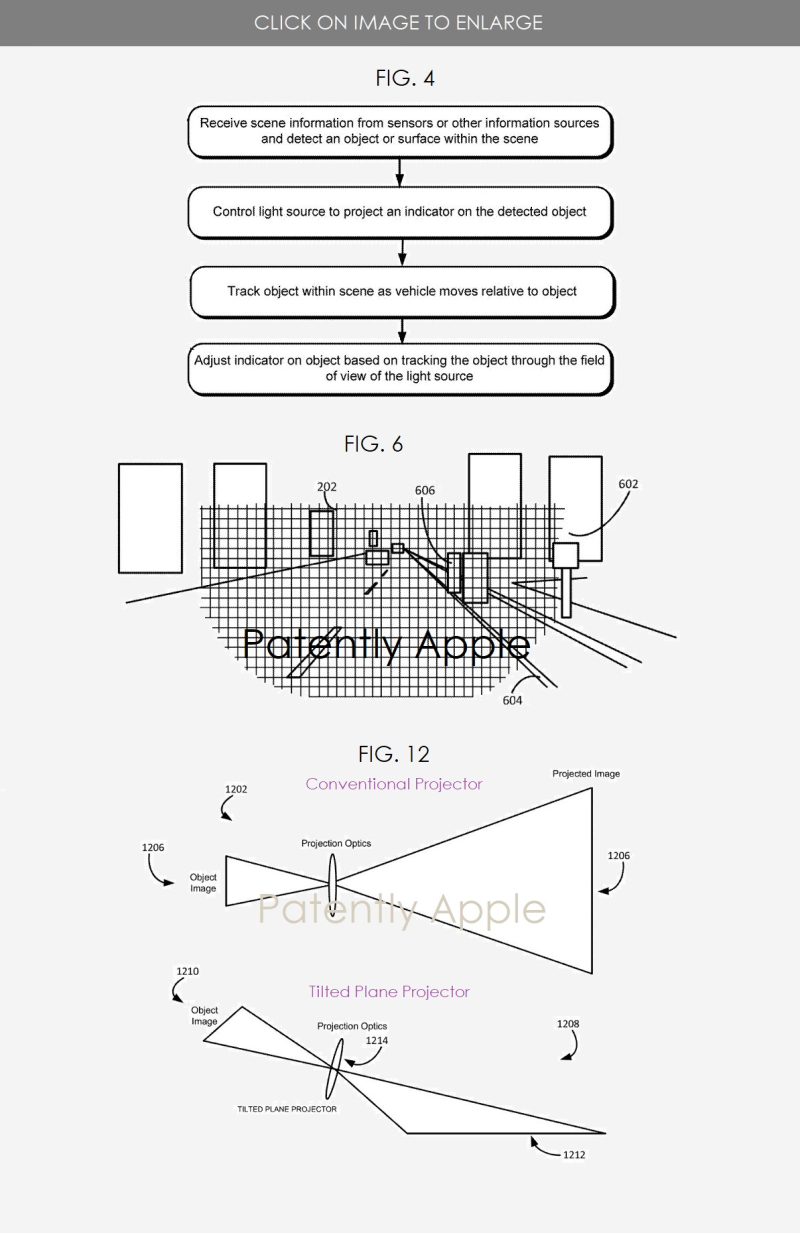 Apple was granted a second Project Titan related patent today under number 10,557,943 that describes a LiDAR system that could cover a wide range from  10 millimeters to 50 meters (150 feet). The patent titled "Optical Systems" could be viewed here.

Apple wins a Design Patent for its Digital Crown

Apple was granted design patent #D875,092 for the Digital Crown that's associated with Apple Watch. The dashed lines of any design patent are only present as an outline of an overall device so that you can recognize what it is. The part of the device appearing in solid lines is actually what is being granted and protected in a granted patent.

Below, the dashed lines makes you understand that the device is an Apple Watch and the solid lines indicate that the Digital Crown is what is being granted a design patent today by USPTO. 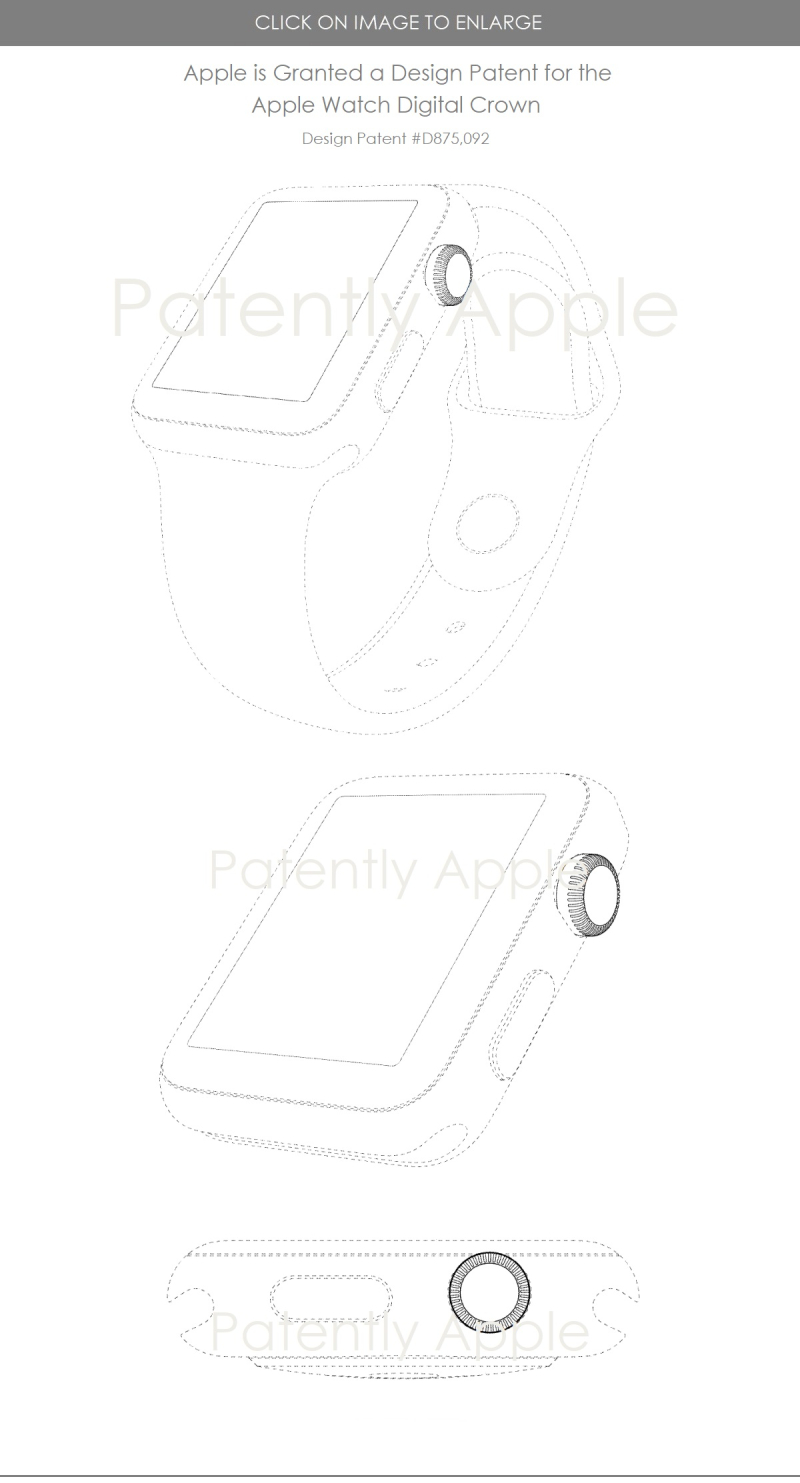 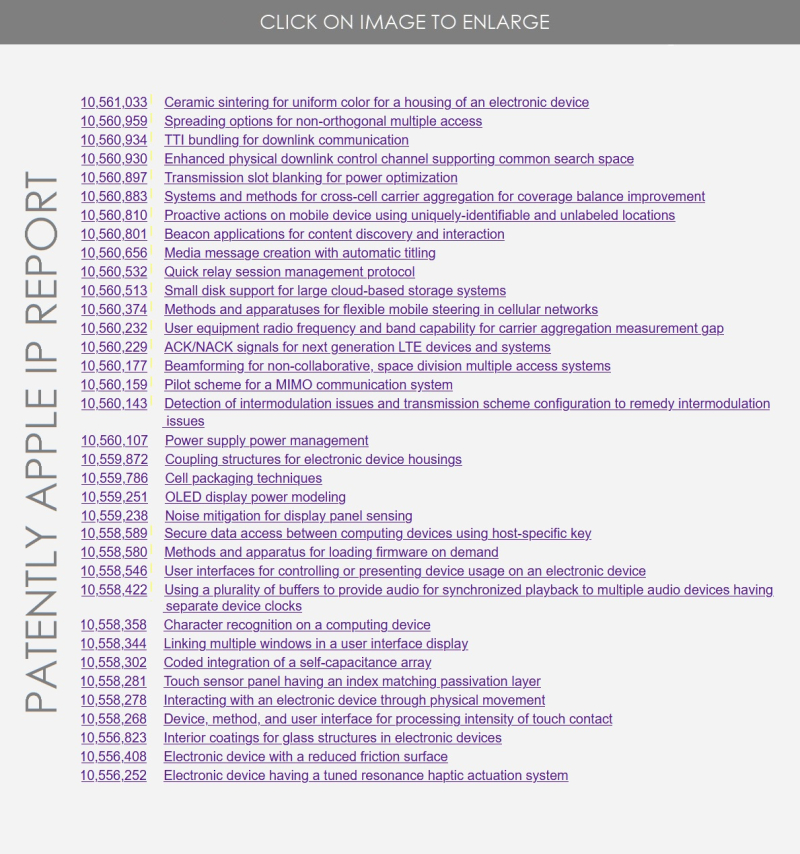