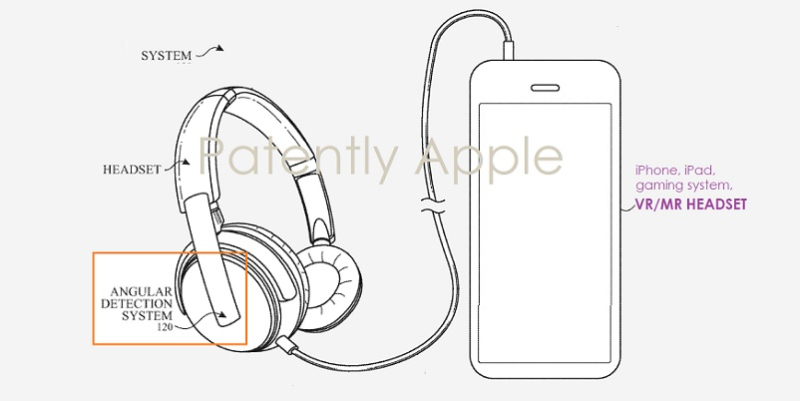 The U.S. Patent and Trademark Office officially published a series of 40 newly granted patents for Apple Inc. today. In this particular report we cover Apple's granted patent that relates to an over-the-ear headphone system that can detect the angle of rotation using magnetic sensing. The headset is designed primarily for Mixed Reality headsets and iPhones.

In Apple's patent background they note that virtual reality (VR) technology can be used for many applications such as military training, educational learning, and video games.

In some examples, it may be beneficial for the VR headset to be able to detect when a head-worn device (e.g., headset, eyeglasses, headphones, etc.) is being removed from the user's head, is being placed on the user's head, or both.

Apple's granted patent/invention relates to an angular detection system included in a device such as headphones or a headset.

Apple's patent FIG. 1 below illustrates an exemplary headphone or headset system that could be used with a variety of devices such as an iPhone for music and videos,  a gaming system, a VR system, or the like; FIG. 2A illustrates a perspective view, and FIG. 2B illustrates a block diagram of an exemplary angular detection system. 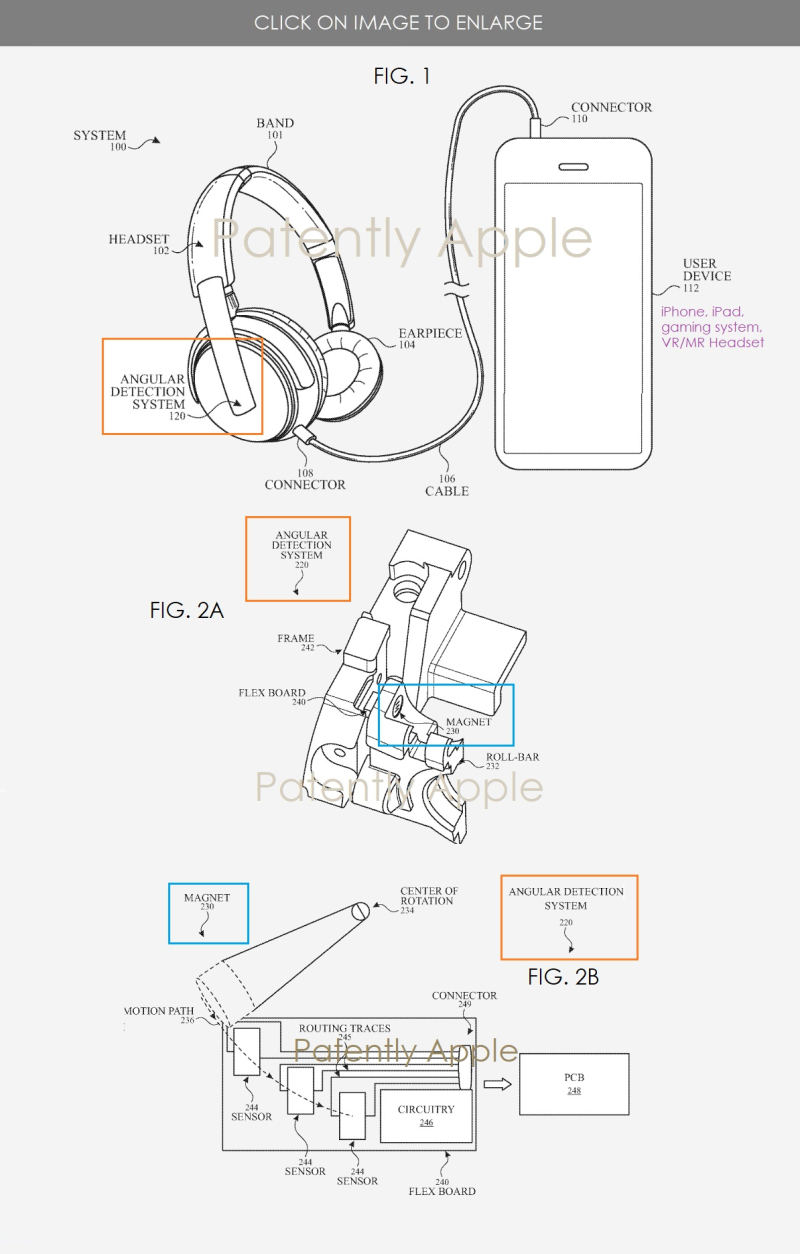 Apple's granted patent 10,557,724 was originally filed in Q3 2018 and published today by the US Patent and Trademark Office. The patent covers an overview of the angular detection system; Exemplary Operation of the Angular Detection System; Detection of the Angle of Rotation; Scan Management; and an overview of the Components in an Exemplary Headset that you can further investigate here.