Home Archives Contact Us Subscribe Twitter Facebook Patently Mobile
SAP's VP of IT Announces that 26,000 Colleagues have now Chosen to use Macs over PCs
Apple Wins Patent for Future Over-Ear Headphones with Touch Gesture Audio Controls on each Ear Cup 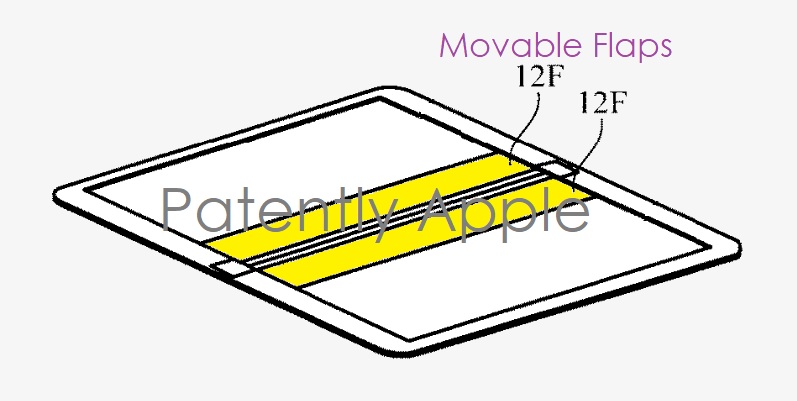 Yesterday Patently Apple posted a report titled "Samsung continues to Leak details of their all-new Z Flip Phone launching next week as a new Twitter Video emerged today," wherein we touched on foldable devices coming to market in 2020 from Samsung, Motorola, Microsoft and others. While Patently Apple has a dedicated archive on Apple's work on foldable and flexible display inventions, today the U.S. Patent and Trademark Office officially issued Apple a granted patent for the most detailed foldable device patent to date and one that was never made public under Apple Inc. The patent covers a new idea that Apple describes as "Movable Flaps" that are designed to support the display when the housing is in its unbendable state.

Apple notes that electronic devices often include displays for presenting image to a user. Displays are typically formed from rigid planar substrates. Although satisfactory in many situations, rigid displays such as these may be difficult to integrate into certain devices, such as devices with bendable housings. 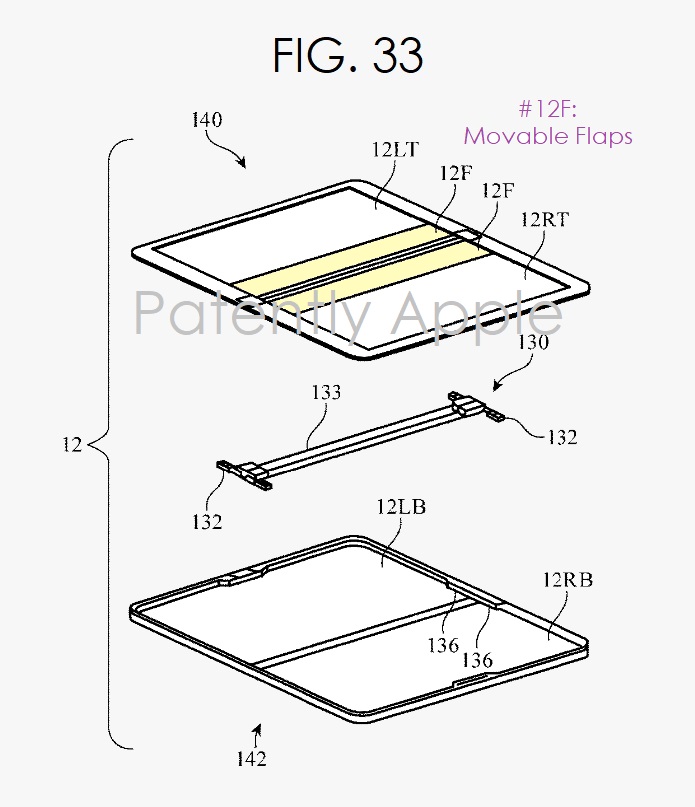 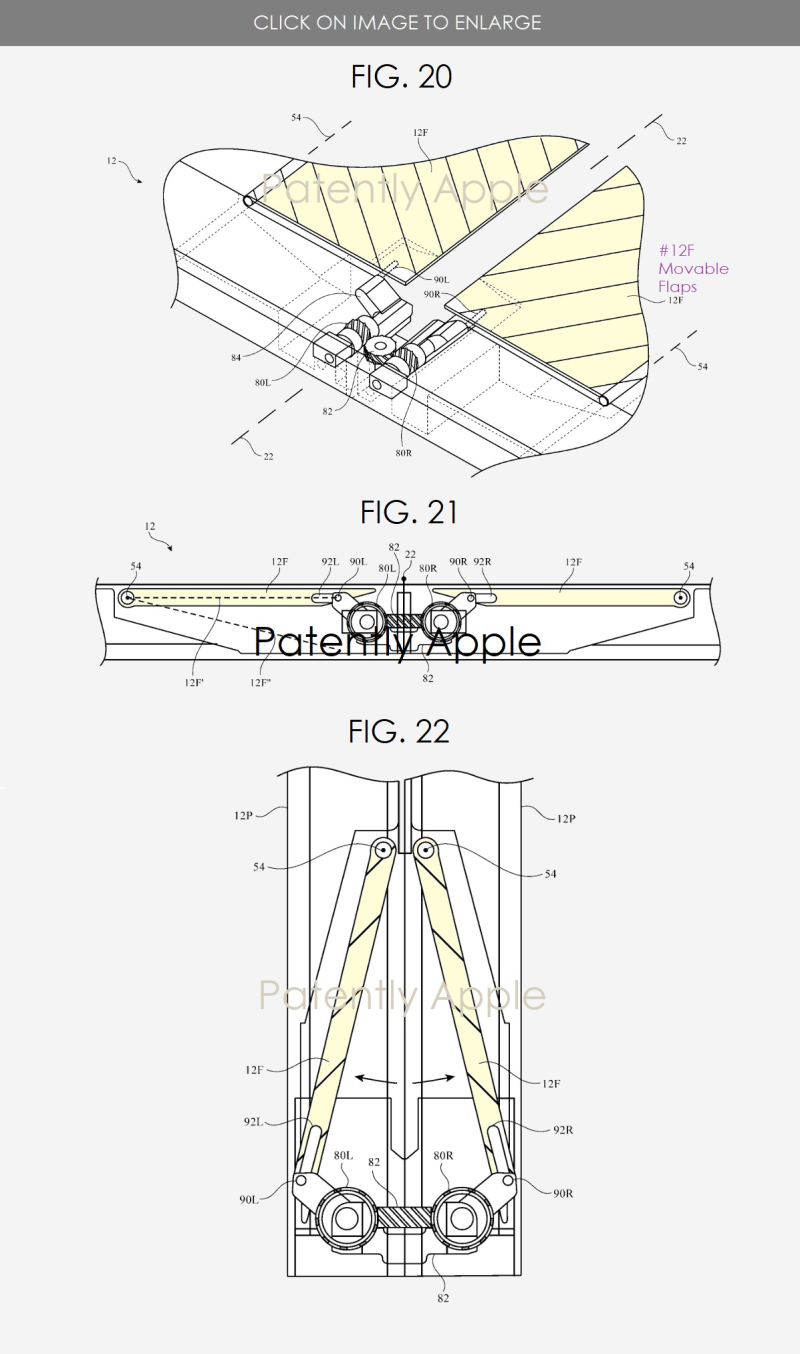 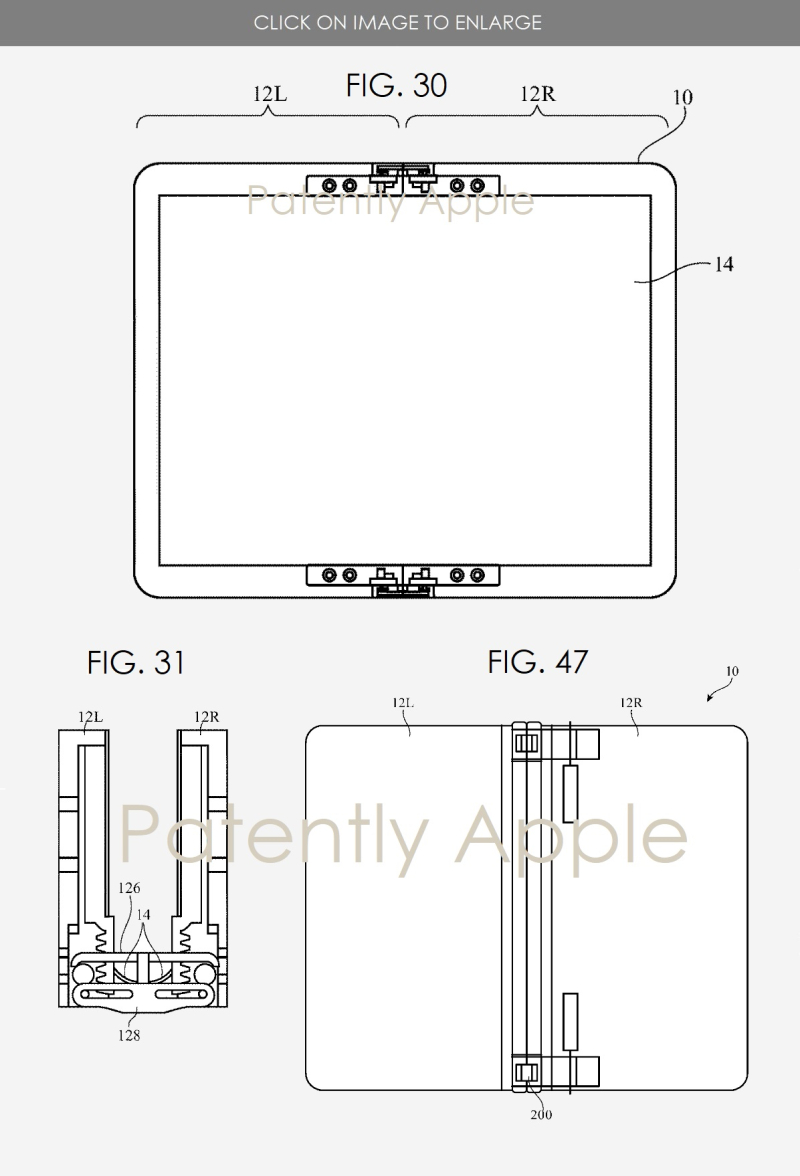 Apple's granted patent 10,551,880 was originally filed in Q3 2016 and published today by the US Patent and Trademark Office.