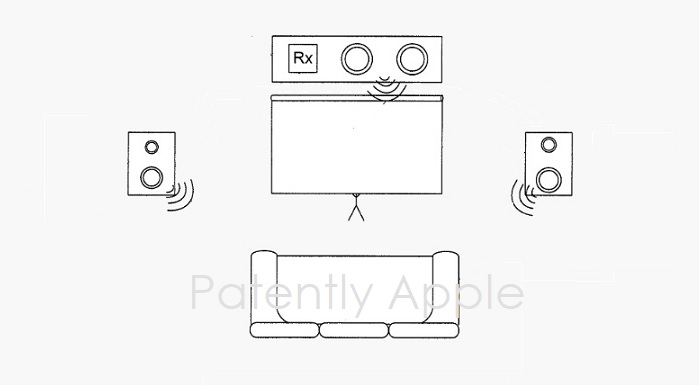 The U.S. Patent and Trademark Office officially published a series of 67 newly granted patents for Apple Inc. today. In this particular report we briefly cover Apple's patent that is titled "Wireless and wired speaker hub for a home theater system."

Apple's patent FIG. 9 below is a third embodiment of a home theater system which includes a subwoofer loudspeaker that wirelessly transmits a plurality of channels to a center channel loudspeaker. 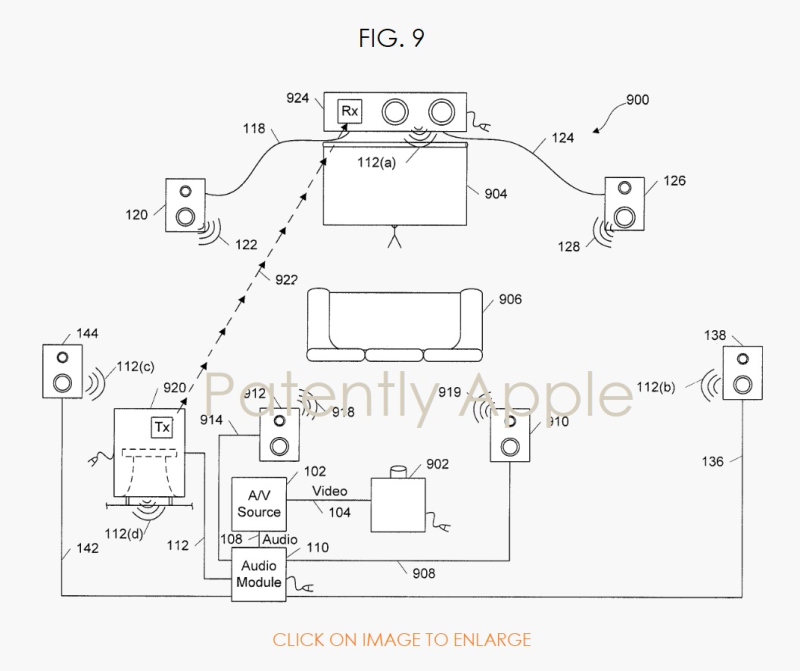 For the record, Apple acquired this patent from KSC Industries. Their LinkedIn page describes the company as: "a product development and technology licensing company focused principally on audio.  Our customers number among the most demanding and highly regarded brand names in the audio industry."

The original granted patent under KSC Industries can be found under number 7,483,538 dated January 27, 2009 and originally filed back in March 2004.

Today Apple was granted this patent under number 10,575,095. Apple could very well have a Home Theater System on the drawing board and sought to find a patent that could protect their invention knowing that such systems have been on the market for years.

There's no use diving into this patent deeply, as Apple's vision is more than likely completely different. The good news is that Apple wouldn't have acquired this patent if they had no interest in this kind of future product.

Apple has a number of patents on a home theater system on record. Below you'll find three of Patently Apple's patent reports on a possible future Home Theater system, as follows:

02: Apple Invents a Virtual Acoustic Stereo System that Could Apply to a Home Theater, TV, Gaming System & Beyond