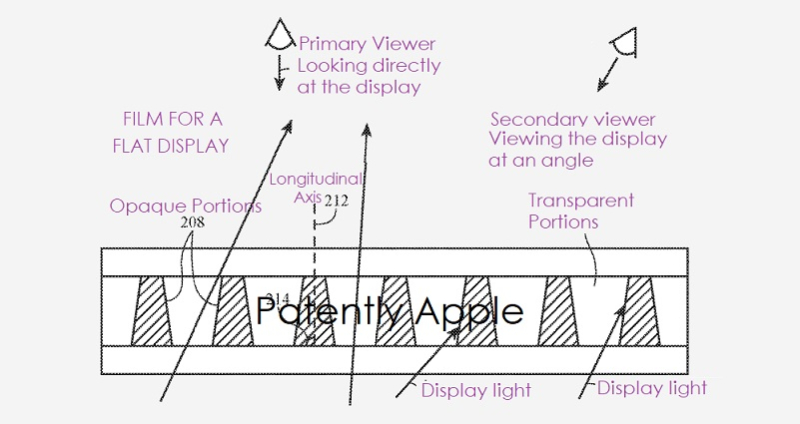 Today the US Patent & Trademark Office published a patent application from Apple that relates to future Apple devices having a special privacy film integrated into the display as well as possibly providing such privacy films as a removable type of add-on product.

Displays are typically designed to display images over a relatively wide angle of view to accommodate movements in the position of a viewer relative to the display. In some situations, such as when a user of a laptop or other device with a display is using the device in public, the wide viewing angle is undesirable as it compromises privacy.

Interestingly Apple places a lot of emphasis on a privacy film for a curved display. The light-redirecting layer may redirect light towards the primary viewer of the display. In the edge of the display, light may be redirected by a larger angle than in the center of the display. The light-redirecting layer may be a prism layer or a liquid crystal layer. A coherent fiber bundle may also be used in a privacy film to redirect light to a primary viewer of a curved display.

When you understand that Apple's privacy film may be for a wide array of future devices, emphasis on a curved display is understandable, though it does make you wonder about a large future gaming display or iMac with a curved display.

Apple notes in general that the invention relates to all manner of devices such as: a laptop computer (MacBook), a computer monitor containing an embedded computer (iMac), a tablet computer (iPad), a cellular telephone (iPhone), a media player (iPod Touch), or other handheld or portable electronic device, a smaller device such as a wrist-watch device (Apple Watch), a pendant device, a headphone or earpiece device, a device embedded in eyeglasses or other equipment worn on a user's head, or other wearable or miniature device, a gaming device, a navigation device, an embedded system such as a system in which electronic equipment with a display is mounted in a kiosk or automobile and beyond.

Apple's patent FIG. 8 below is a cross-sectional side view of an illustrative privacy film having opaque portions that are perpendicular to an underlying planar display. 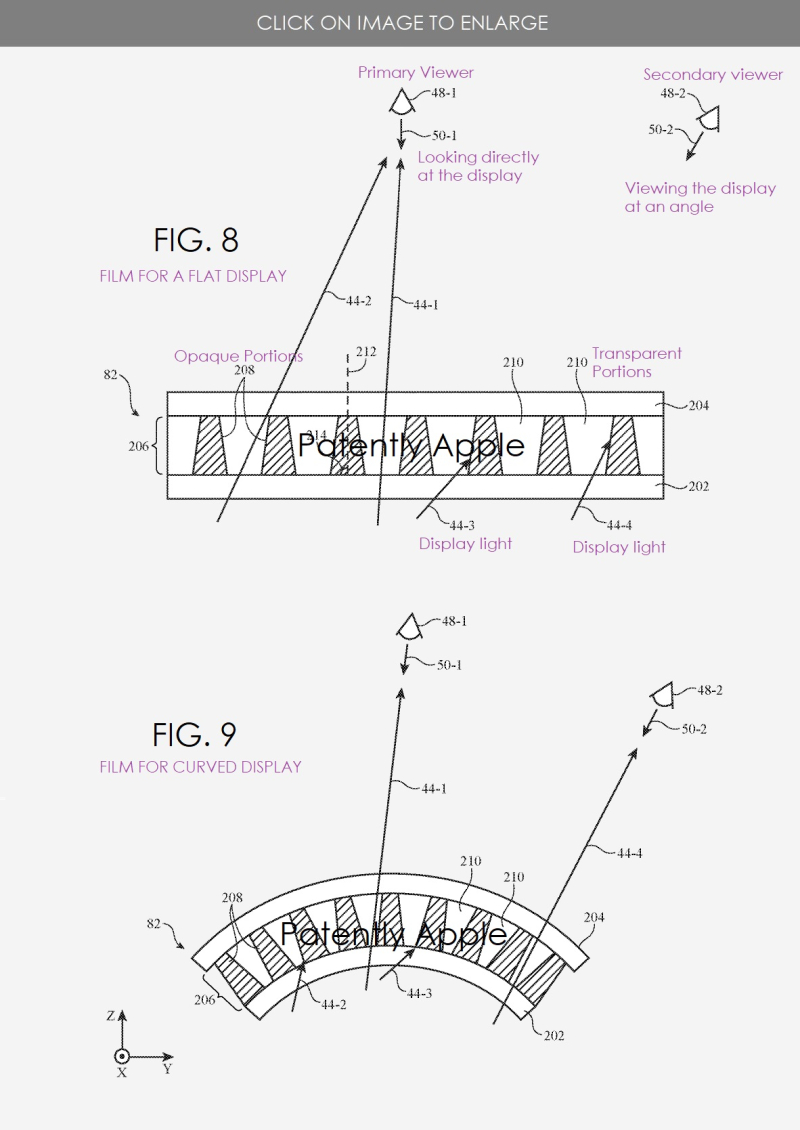 Apple's patent FIG. 9 above is a cross-sectional side view of an illustrative privacy film having opaque portions that are perpendicular to an underlying curved display.

The privacy film of FIG. 8 may increase privacy for a primary user when provided over a planar display. However, if the underlying display has curved portions, the efficacy of the privacy film may be reduced. Consider the example of FIG. 9, in which the same privacy film from FIG. 8 is curved (e.g., and receives light from an underlying curved display).

Apple's patent application 20200049864 that was published today by the U.S. Patent Office was filed back in Q2 2019. Considering that this is a patent application, the timing of such a product to market is unknown at this time.

An Apple team began work on this project back in 2009 with it going public in 2011. Patently Apple posted a report on this invention back in May 2011 titled "Apple Working on Privacy Mode Viewing Options for Future Displays." While the patent figures focused on an iPod at the time, the patent made it clear that the invention could be extended to tablets, a monitor, a TV, an iPhone, iMac and MacBooks. 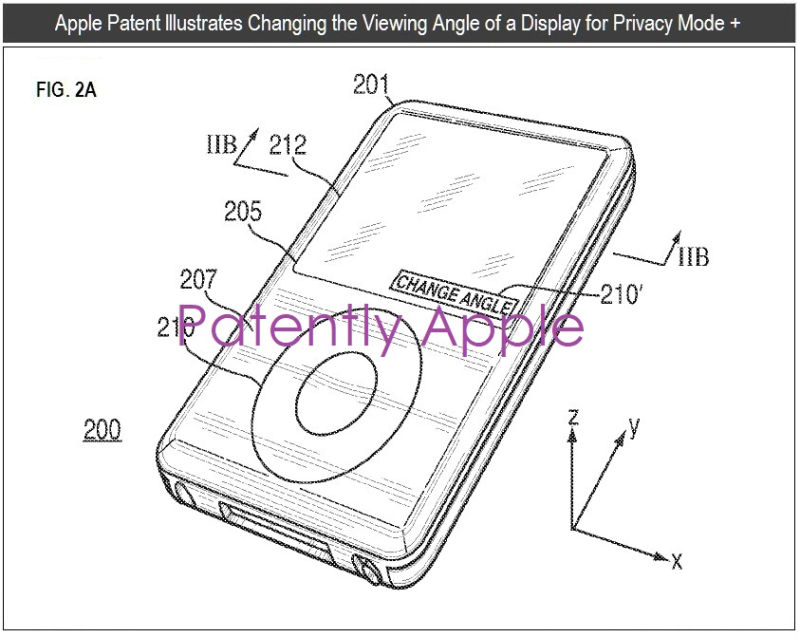