Patently Apple posted a patent application report in September 2019 covering a major modular wall unit system that automatically configures smart homes and buildings. The timing of the patent was just right as Amazon had just introduced 'eero' a new wireless mesh network system for the home as presented in the video below.

The US Patent & Trademark Office published a patent application from Apple in September 2029 that related to a "Modular Wall Unit System." It's a vastly grander vision for Apple's next-gen Smart Home project than Amazon's eero – and well beyond a simple mesh network.

Apple's patent background notes that smart home technology has greatly improved in power and functionality in recent years and can provide an enhanced user experience that can be tailored to meet an individual user's particular needs.

The modular accessory (e.g., see FIGS. 5A-5D below), such as a power outlet, light switch, sensor device, etc., can be configured to be interchangeably and non-destructively coupled and decoupled with the host unit. Once coupled, the system can automatically authenticate and configure (sometimes referred to as bootstrapping) the modular accessory by, for example, coupling AC power and/or Ethernet access to the accessory and configuring the setup and operation of the modular accessory in the smart home environment, which can include setting modular accessory control schemes (e.g., functionality and user control hierarchy) and the like. 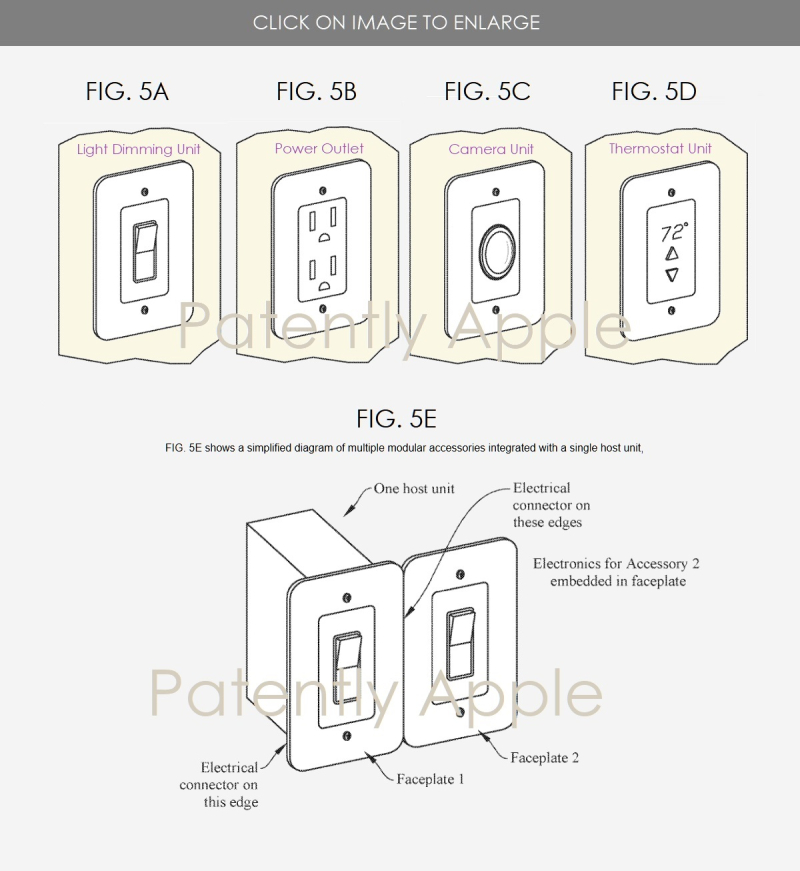 The first part of this invention could be reviewed in our September 2019 report.

Most of the new aspects of this Modular Wall Unit System surfacing today are presented in the new patent figures illustrated below.

Apple's patent FIG. 14 below shows aspects of object detection using a configurable home infrastructure; FIG. 15 is a simplified graph showing changes is distance measurements between host units as different objects are passed between them. 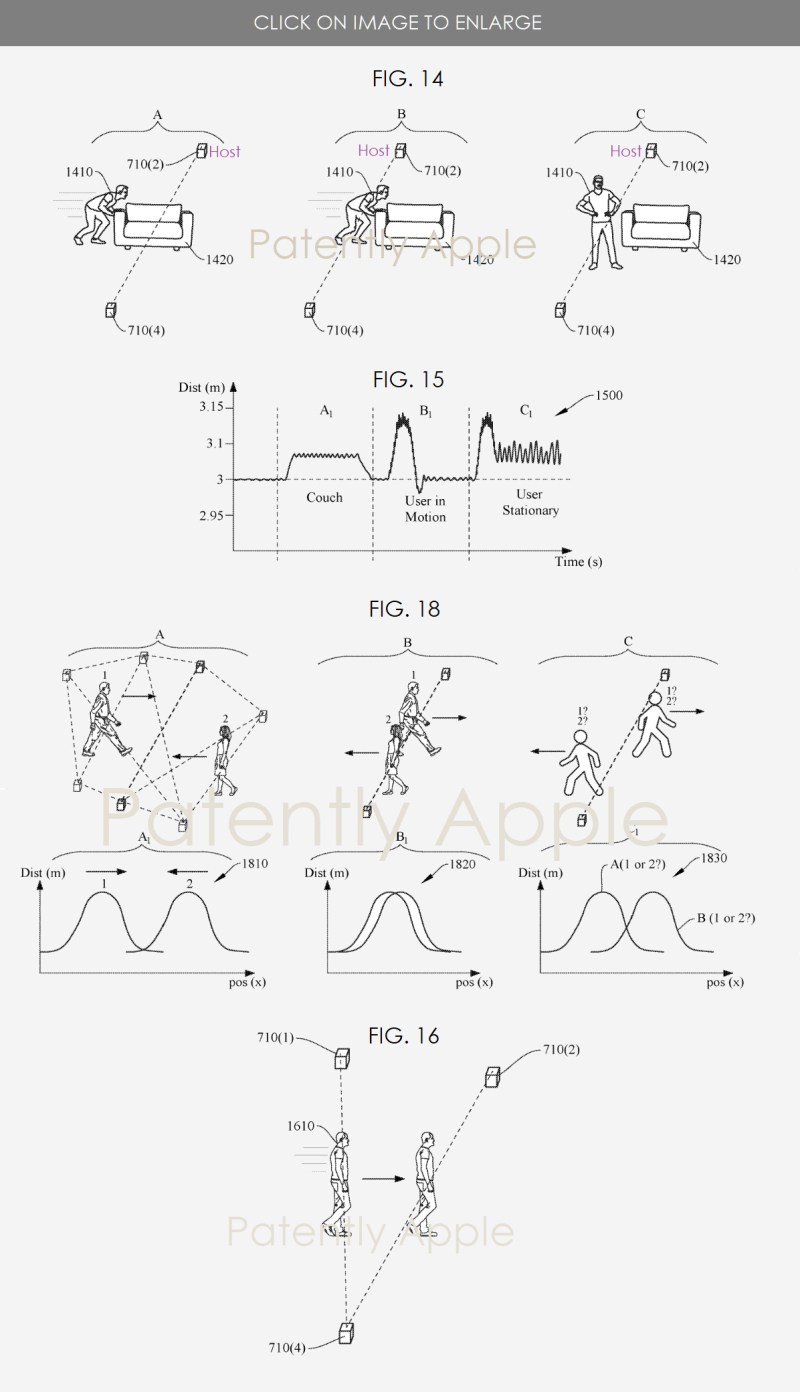 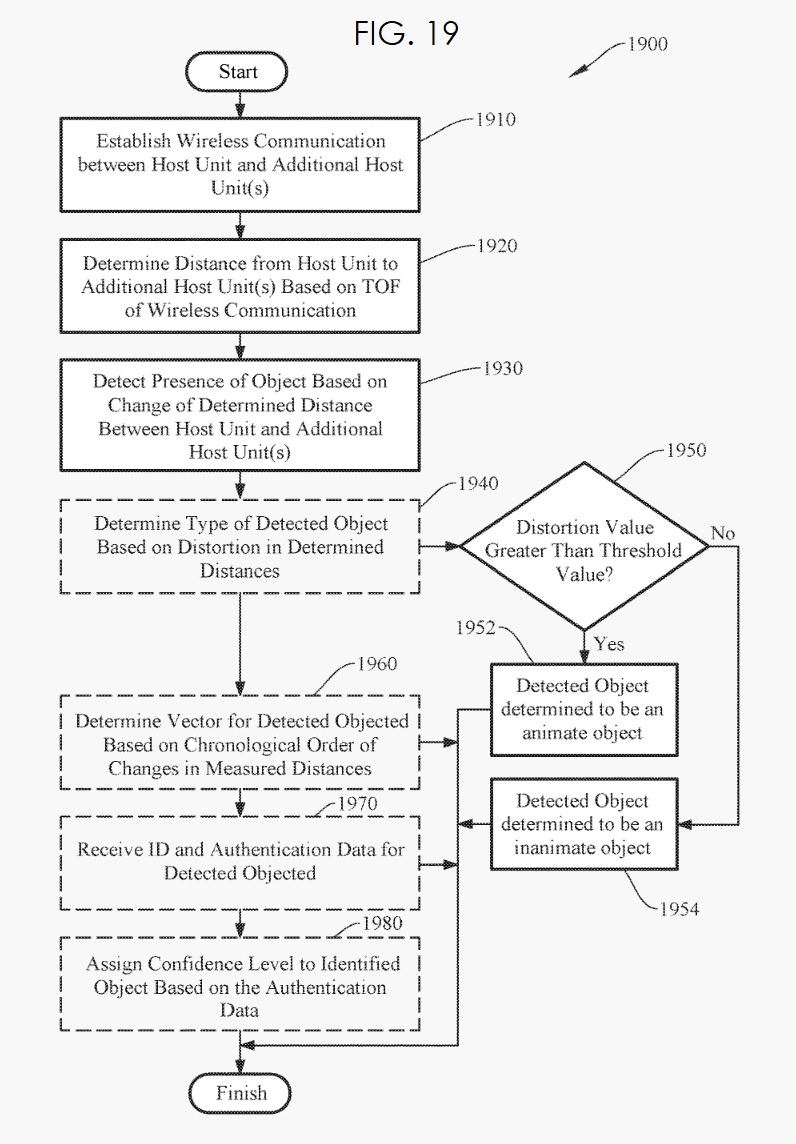 This a very deep patent that engineers and curious tech geeks will enjoy digging into the details of this very sophisticated future Modular Wall Unit System. Apple's patent application 20200053689 that was published today by the U.S. Patent Office was filed back in Q1 2019. Considering that this is a patent application, the timing of such a product to market is unknown at this time.