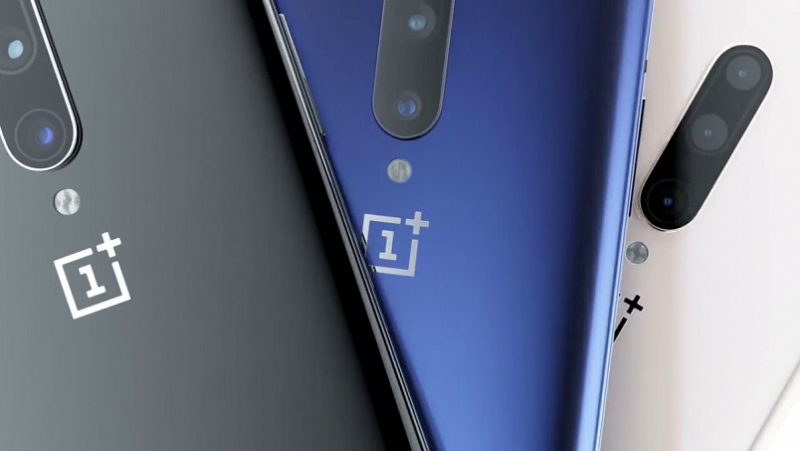 During Tim Cook's introductory summary for Q1 2020 he noted that the iPhone and iPad grew double digits in emerging markets that included India. According to a new analytical report posted today, India’s smartphone shipments in the premium segment (roughly ≥US$420 retail price) grew 29% YoY to reach a record high in 2019. The availability of affordable premium smartphones, aggressive offers like significant price cuts, and user upgrades were the main reasons for the growth. It was in this last Quarter where Apple experienced a comeback in the Indian market.

In 2019, Counterpoint pointed to OnePlus being the number one premium brand in India. This is the first time that the company managed this for a full year. Its shipments grew 28% YoY and captured one-third of India’s premium segment.

Customer feedback platforms such as the "OnePlus community" have helped the brand gauge the needs of Indian consumers. Examples of innovations include its adoption of high refresh rate (90Hz), almost bezel-less displays and being first to launch smartphones with Qualcomm’s Snapdragon 855 Series application processor in India. 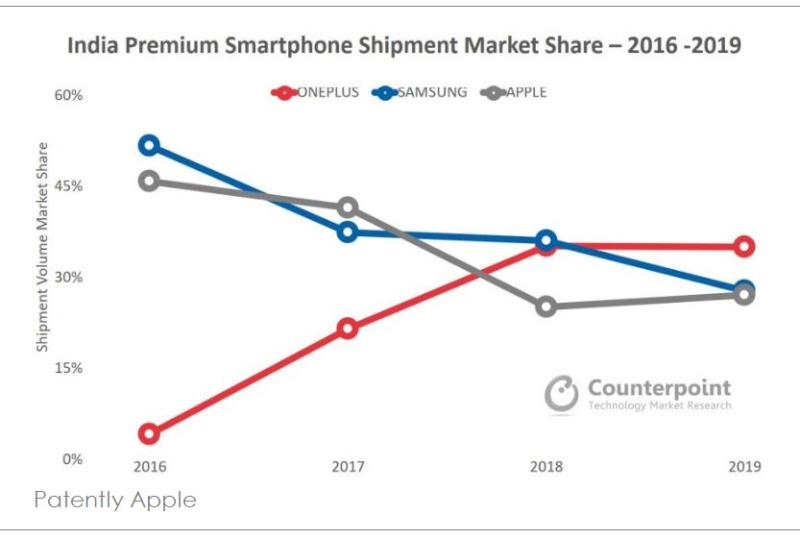 Counterpoint's chart above shows us that Apple held a much higher position in India's premium smartphone market back in 2016 prior to China's smartphone OEMs Xiaomi and OnePlus entered that market aggressively and took Apple out of the race in the premium space between 2017 and 2018.

Apple regrouped, refocused and began making iPhones in India in 2019 and quickly became the fastest growing premium smartphone brand in 2019 with 41% YoY driven by multiple price cuts on iPhone XR throughout the year.

Apple iPhone XR was the number one ultra-premium smartphone model in India followed by Samsung’s Galaxy S10 Plus and OnePlus 7 Pro.

Additionally, this year Apple saw the fastest rollout of its new iPhones (11 series) in India with aggressive pricing and channel strategy. In fact the new series especially iPhone 11 was introduced at a lower price point than the last year’s iPhone XR launch. This has helped to gain share during the festive season and in its launch quarter in India, according to Counterpoint.

With Apple's new iPhone 9 (SE2 or whatever they'll call it) launching in the first half of 2020, Apple could take a run for leadership in the premium smartphone segment in India starting in the second half.

OnePlus will likely have the better specs than the iPhone with a larger display, bigger battery, a 90Hz refresh rate and so forth while Apple will emphasize quality safe apps, privacy, services, its ability to seamlessly work with iPads, the best tablets in the world, and more.

Which of the two smartphone companies will make the biggest impact in the second half of 2020 in India? While only time will tell, Apple's added manufacturing in India and a recent move to have Wistron make iPhone circuit boards locally, could help Apple shave costs and help it better compete.

For more on this report that also includes information on Samsung, read the full Counterpoint report by Karn Chauhan.