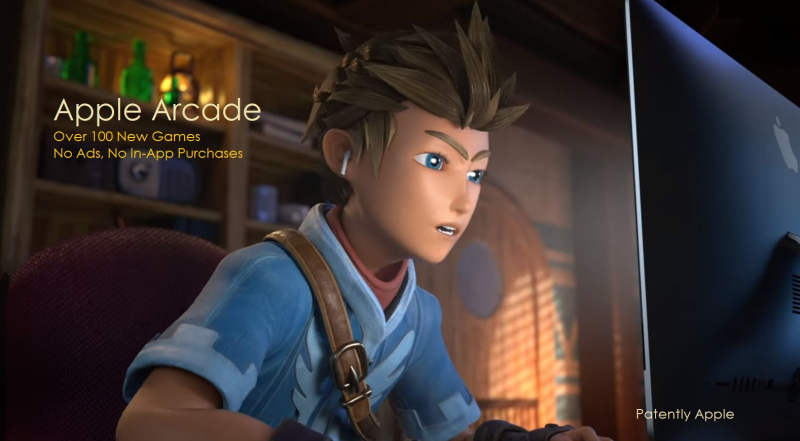 For the first ad Apple states: "Watch as Hero from Oceanhorn 2 tries to defeat the giant octopus. Play Oceanhorn 2 exclusively on Apple Arcade, home of over 100 new games, with no ads or in-app purchases."

Apple Arcade — A New World to Play In