Patently Apple posted a patent application report back in late May 2019 titled "Apple Wins a Project Titan Patent Covering a new Suspension & High-End Haptics System to Improve Driver Situational Awareness." Today I was made aware of an Apple patent filing that was made in Germany last month titled "Active Suspension System" from Mr. John Eovl who sent it into our feedback email. Thanks John.

According to Apple, the active drive system may be an autonomous drive system that operates the various functional subsystems to move the vehicle to a user- selected location without further input from the user.

In Apple's patent background they note that passenger vehicles include suspension systems, which control transmission of forces, such as from road disturbances, between a vehicle body and wheels of the vehicle. Traditional suspension systems are passive systems that include a spring-damper system of which the spring and the damper have fixed characteristics.

Such fixed characteristics, however, may not be suited for passenger comfort given varying road conditions and varying passenger preferences. Newer suspension systems include active suspensions of which various characteristics may be controlled by the user (e.g., a driver of the vehicle) or automatically in response to various detected conditions.

For example, air spring suspensions may allow the driver to select a desired vehicle height. Magnetorheological dampers provide damping characteristics that may vary according to detected conditions, such as vehicle acceleration.

Apple's invention, as seen in various embodiments below of vehicle #100 and functional subsystems thereof, including a suspension system #160. More particularly, the suspension system is an active suspension system, which is configured to control generally vertical motion of the wheels with a linear actuator that can apply upward and downward force to introduce energy into and absorb energy from the wheels.

The drive system  may be an autonomous drive system that operates the various functional subsystems to move the vehicle 100 to a user- selected location without further input from the user. 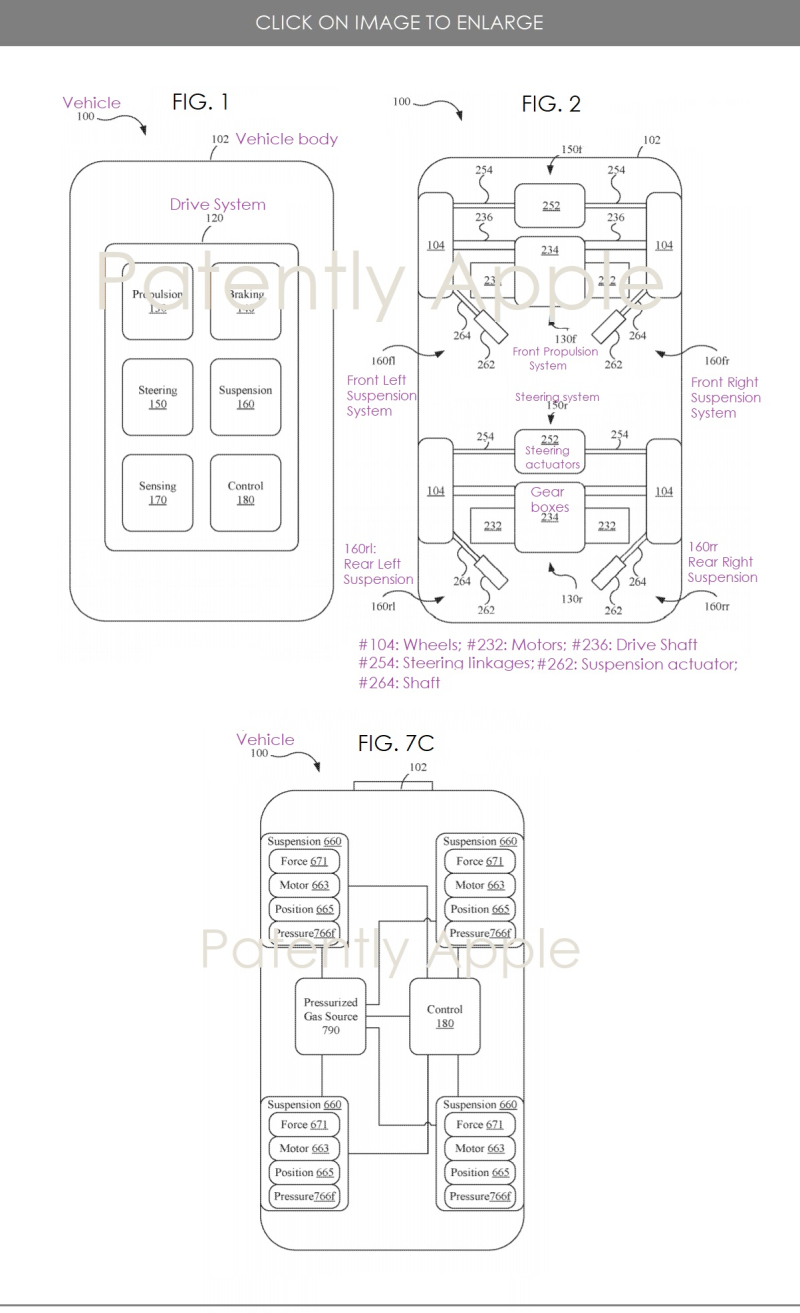 More specifically, patent FIG. 7C illustrates the electronics (i.e., the force sensors #671, the motor electronics #663, the position sensor #665, and the pressure sensor #766f) may be in communication with the control system #180, which may provide control signals to each of the suspension systems #660 (e.g., four suspension systems 660) for control thereof. 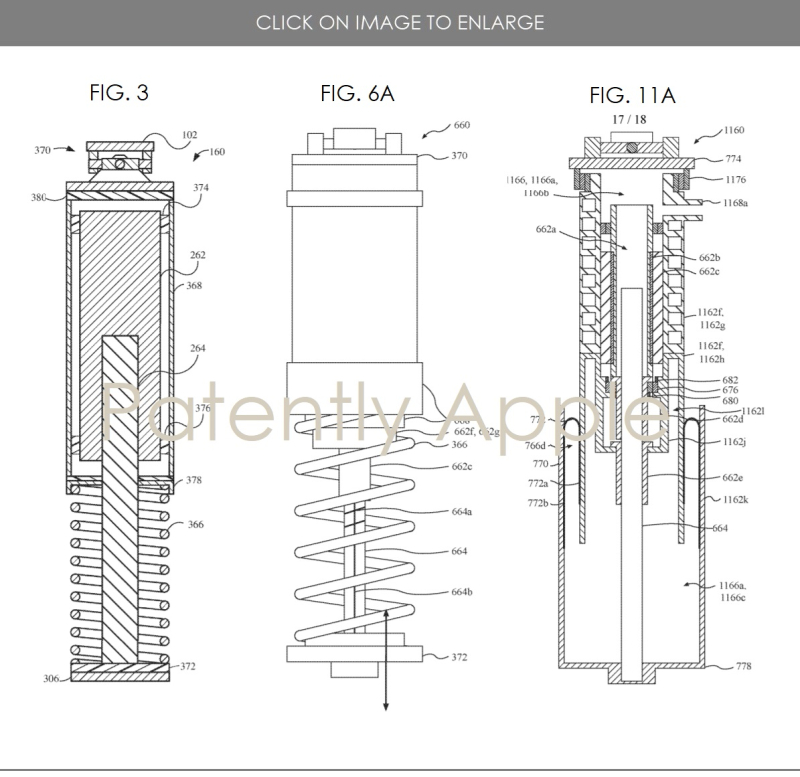 Apple's German patent application DE112018002366 (T5X) was published in Q1 2020 by the European Patent Office. Earlier work had been done on this invention dating back to 2018. One of Apple's inventors is Jonathan Hall, Electromechanical Technology Leader at Apple.