After Switching to iPhones in 2018, the NYPD will be getting a Digital Notebook App that will finally eliminate paper Pads 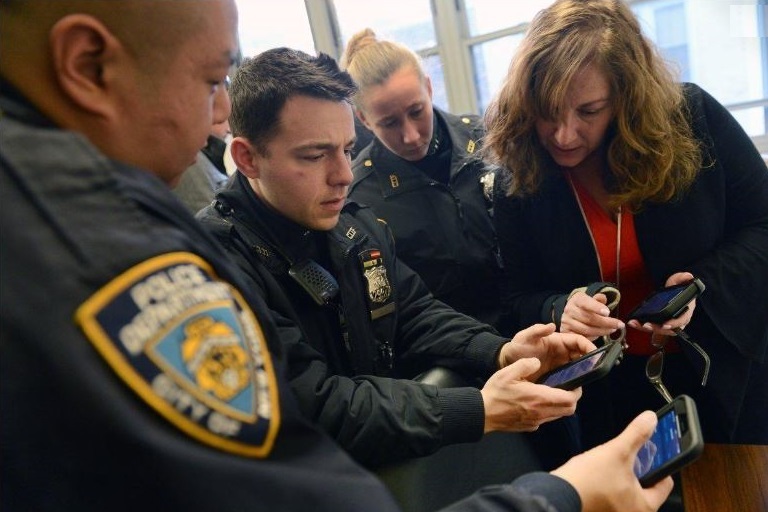 Patently Apple's report at the time noted NYPD Deputy Commissioner for Information and Technology Jessica Tisch saying "We're seeing a lot of excitement," adding that  iPhones marked a quantum leap in policing, where everything from 911 dispatches to criminal background checks and real-time video could be quickly accessed.

The iPhones are also being used to fill out some summonses, accident reports, aided cards and domestic violence reports."

Police Officer Christopher Clampitt said that he truly felt like it was the ultimate tool to have as a patrol cop.

Yet there was one big gaping hole in the system that is now being addressed and that's introducing a new app that will replace the old tried and true Police notebook that served officers well for more than a century.

The New York City Police Department has required its officers to keep a detailed, handwritten memo book while on patrol.

Officer Cruz’s locker at the station house holds dozens of completed memo books chronicling his 23 years in the department, with details about big arrests, countless 911 calls and even what time he took lunch.

The memo book may be the department’s oldest policing tool, one that has appeared in countless movies and television shows and become as much of a staple as the gun, handcuffs or the nightstick. 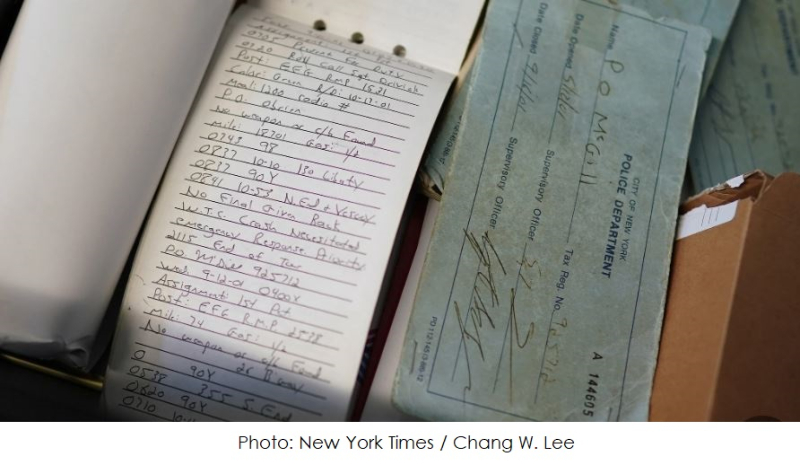 But  finally, the paper notebooks are about to become a thing of the past.

The department is retiring handwritten memo books by Feb. 17 in a transition to a digital version — an app on officers’ department-issued iPhones.

Instead of making entries by hand, officers will type in their notes, which the app will send to a department database.

The transition represents a major shift in the way the department regards this daily record keeping by more than 30,000 of its uniformed members, and it will vastly revamp how the department can access memo book information.

In addition to the books’ historical importance, entries can become important legal documents. Department officials say the transition will help eliminate possible abuses, such as faking entries, and having to sort through indecipherable handwriting.

The memo books largely stayed with the officers, who were required to safeguard them even after retirement, since the books could be subpoenaed as evidence in future criminal, civil and departmental trials. For more on this, read the full NYTimes report.