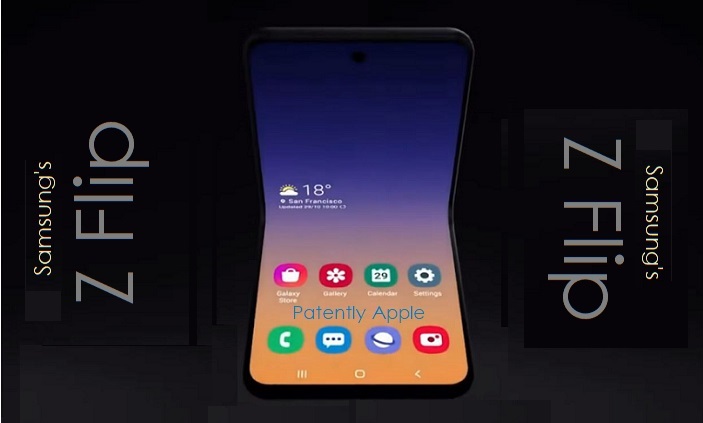 This morning Patently Apple posted a brief report on Samsung's Academy Awards ad for their next-gen flip phone known as the Z Flip. It's Samsung's second foldable smartphone design. Samsung's first foldable smartphone, the 'Galaxy Fold,' failed to win the public's vote of confidence. The Z Flip is going to be officially unveiled at the Samsung UNPACKED event in New York tomorrow at 2 p.m. EST.

Coincidentally (or not), a new foldable smartphone market report was posted today by Strategy Analytics. The company is making the forecast that global foldable smartphone shipments will grow from under 1 million units in 2019 to 100 million by 2025.

Samsung, Huawei, Motorola (Lenovo) and others lead the way. High pricing, low display-yields and questionable durability are holding back the foldables market today, but those problems will be solved in the long-term.

Ville-Petteri Ukonaho, Associate Director at Strategy Analytics: "We forecast global foldable smartphone shipments will grow strongly from under 1 million units in 2019 to 100 million by 2025. Foldables will be the fastest-growing segment of the premium smartphone market for the next decade." 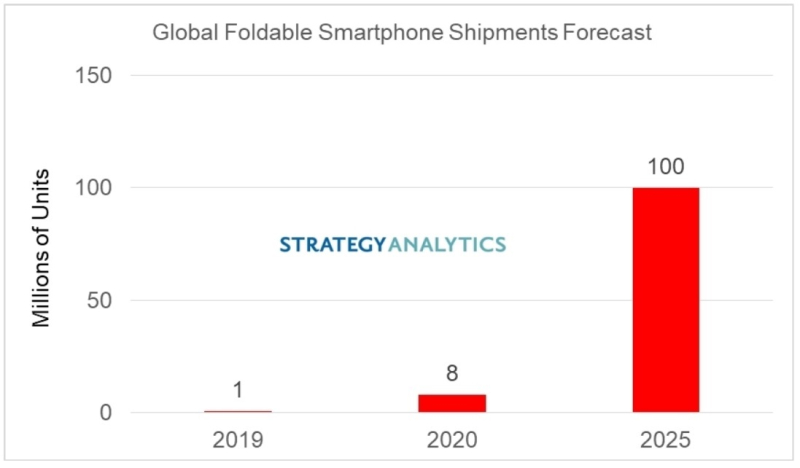 Neil Mawston, Executive Director at Strategy Analytics: "Foldables pack a big screen into a small design. Consumers can surf rich content, like video, on a large display, and then fold the device away neatly into a pocket or bag."

Ken Hyers, Director at Strategy Analytics: "Samsung was the world’s number one foldable smartphone vendor in 2019, followed by Huawei in second place. Samsung is the top vendor in Western regions, like the US, while Huawei is focusing on its home market of China.

Rival brands, such as Motorola and TCL, will deliver their own new models in 2020 and look to grab a slice of the foldables pie. By 2025, every major player should have a foldables portfolio, including Apple."

Ukonaho added that "For now, the foldables industry has several hurdles to overcome, including very high pricing, low yields of bendable displays, and questionable durability about whether the hinges or screens will last for more than a few months. However, the technical problems for foldables are not unsolvable, and we expect the issues to be addressed in the coming years."

The full paid-for report that dives deeper into the subject could be purchased by contacting Strategy Analytics here.

Their point that there's a lot for the foldables industry to overcome in order for the market to reach the 100 million foldable smartphone mark by 2025 is an understatement.

Yes it's true that Apple may enter this market if we go by the number of patents that they've filed for this type of product, but it's not a guarantee. Apple won't step into this market unless they can offer something that can deliver a punch and make a difference. That's a big if at present.

According to Strategy Analytics forecast, foldables will be the fastest-growing segment of the "premium" smartphone market. The emphasis that Strategy Analytics places on the value of these foldable phones rests with consumers wanting a larger display. Yet Strategy Analytics doesn't define what they consider a foldable device. Their examples are limited to foldables from Samsung and Huawei which depends on a large single display folding over like the Galaxy Fold and Huawei Mate X.

As for Apple, they appear to be ready on any front should the market show signs of interest for foldable devices. And, in an odd way, Apple may have a third option of delivering a "large display" experience in a new way. 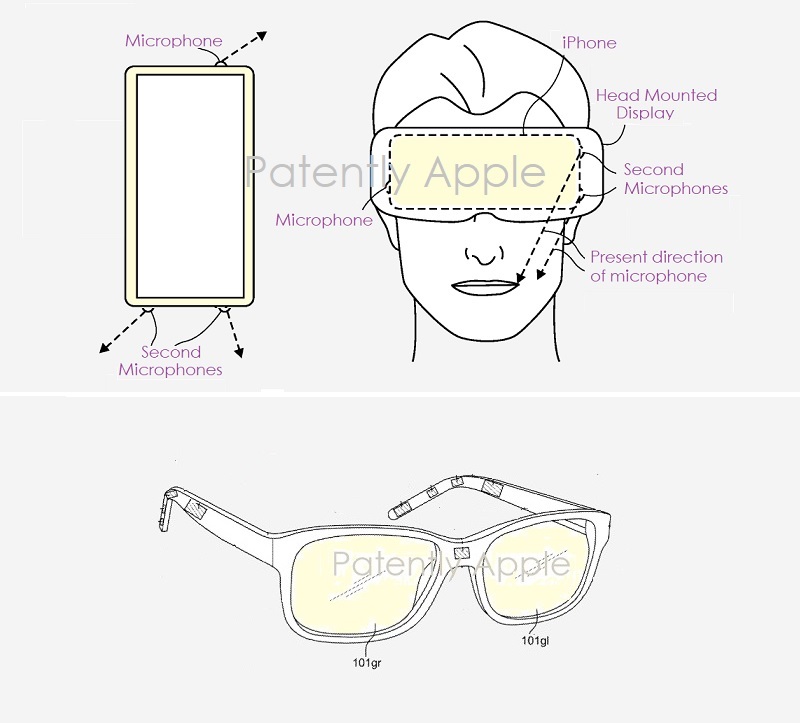 Glasses that could allow an iPhone to dock for its display could produce a more theater-like experience for mobile TV (Apple TV+), games (Apple Arcade) and movies.

For now Strategy Analytics is betting big on single displays that fold over as the way the market will lean by 2025. I'm not sold on that prediction if Wintel's dual display approach is not a part of that forecast.  At present, Apple remains the wild card, and it's just far too early to predict which way they'll decide to go.