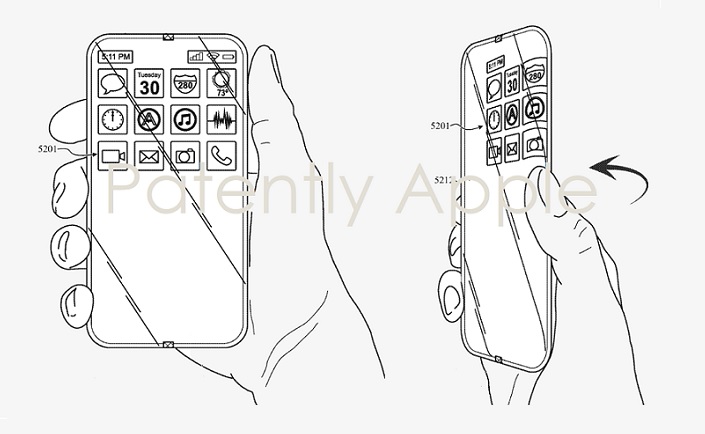 Apple has envisioned wraparound glass enclosures for future iPhones along with patents for iPhones with sidewall displays for years as a number of patents have proven out (01, 02, 03, 04) going back to at least 2013. Apple has also filed for at least two patents for an iMac with a glass enclosure (01 & 02).  Today the US Patent & Trademark Office published a major patent application from Apple that relates to Glass iPhone enclosures that will allow images to extend from the face side around to the backside. They also disclose a glass computer tower and an all-glass Apple Watch enclosure. 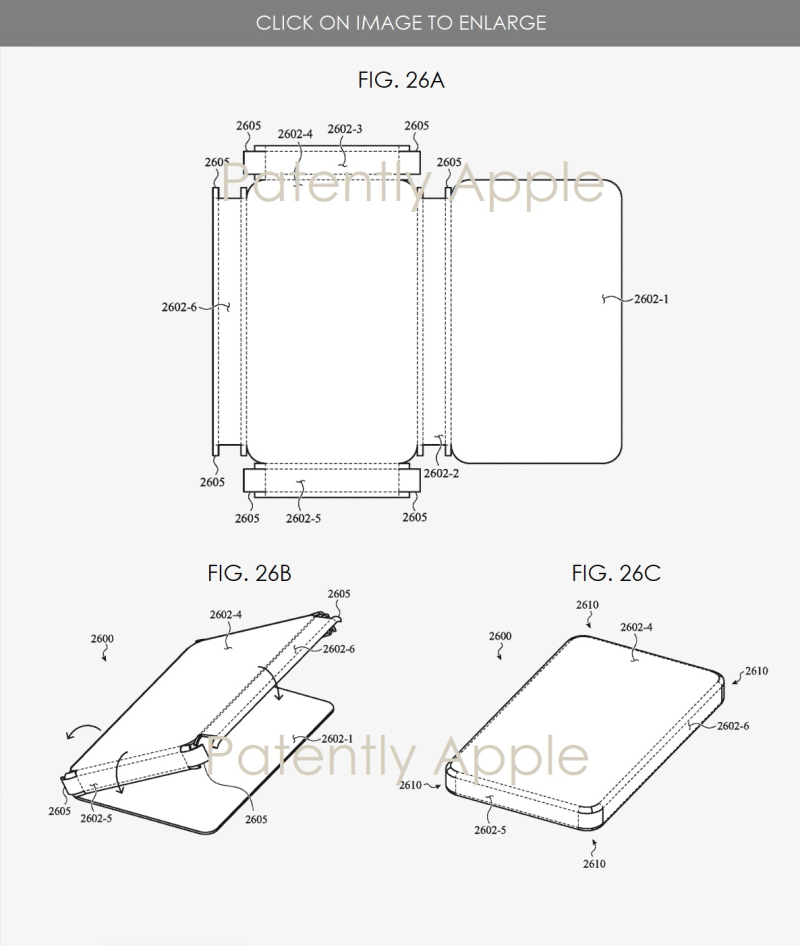 The second thickness may be greater than the first thickness, and the second region may define at least a portion of a corner region of the six-sided glass enclosure. The first glass member may further define an input region along an exterior surface of the peripheral side and having a surface texture that is different from an area surrounding the input region. 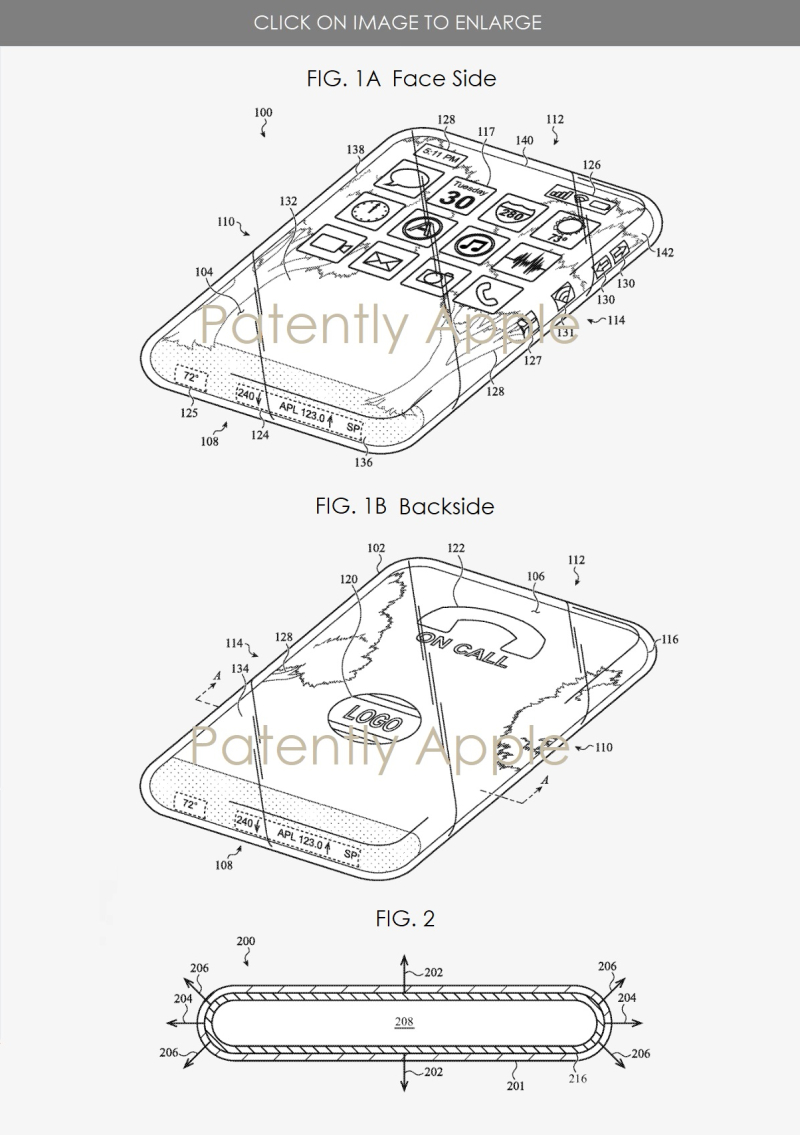 Apple patent FIGS. 51A-51B presented below depict another example electronic device #5100 that includes a glass enclosure #5102 and a display #5116 (which may be similar to the corresponding components described with reference to FIGS. 1A-1B), showing another example configuration in which openings allow sound and/or light to pass in and out of the enclosure #5102. 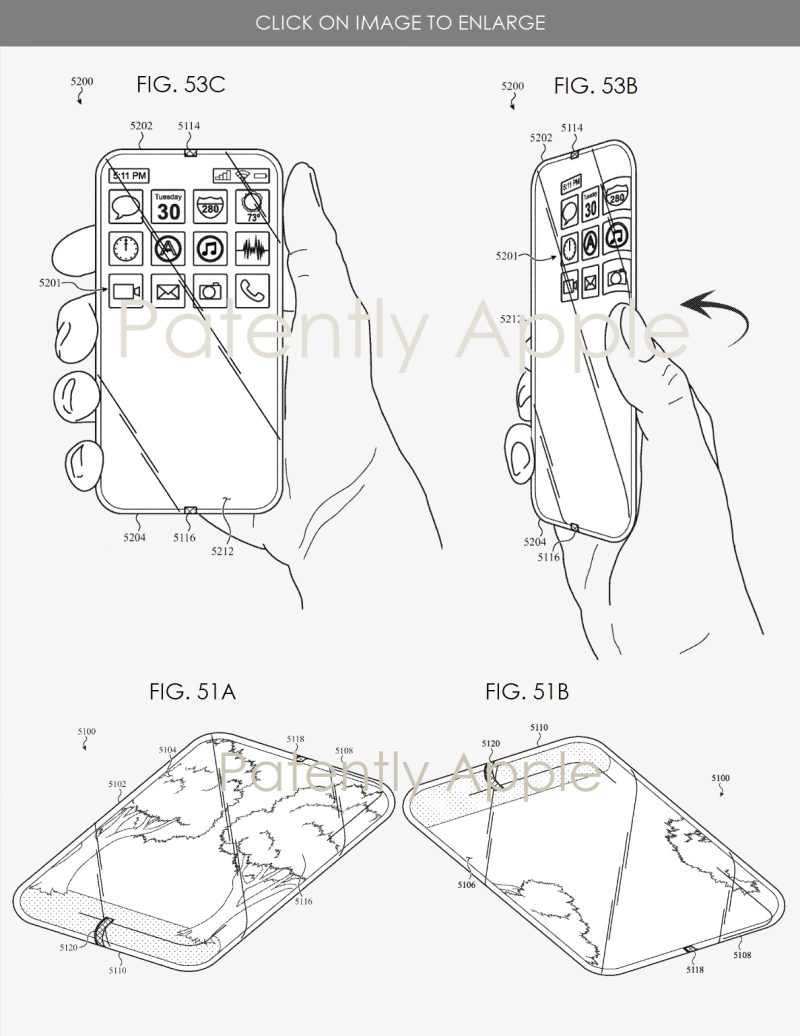 Apple's patent FIG. 45B below shows an example computer tower glass enclosure #4510 having textured regions which provide affordances such as volume buttons, power buttons, ring/silent buttons, or the like may be positioned at various locations on an enclosure. 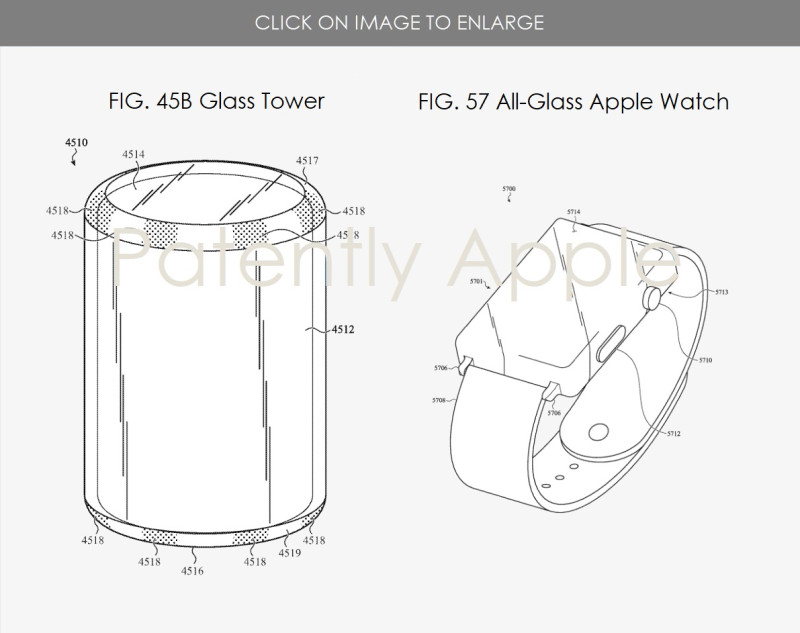