While Apple is King for using Recyclable Materials in its products, they Acknowledge they're not a Threat to the Mining Industry 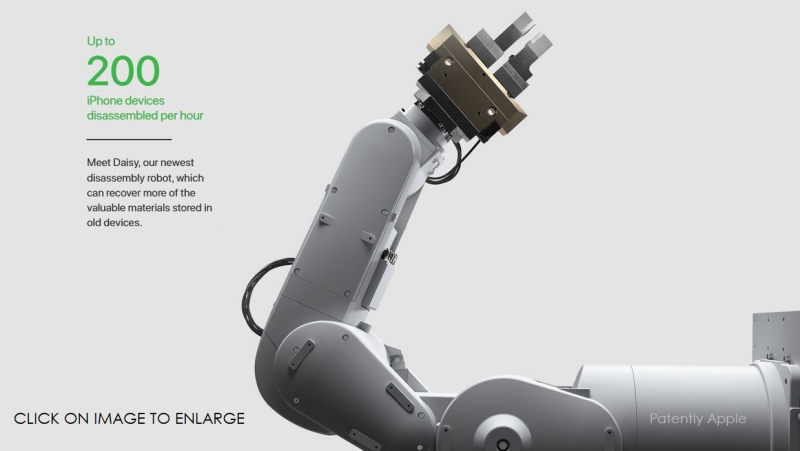 Back in April 2018 Patently Apple posted a report titled "Apple introduces us to Liam's Big Sister 'Daisy', the next-generation Recycling Robot." The report provided a video of how Daisy operates and contributes to Apple's ongoing recycling efforts to create a healthier planet through innovation. In a new report posted today, Apple told Reuters that Daisy "is part of its plan to become a 'closed-loop' manufacturer that does not rely on the mining industry, an aggressive goal that some industry analysts have said is impossible.

Daisy, which is housed in Apple's Austin Texas, has been designed to break apart iPhones so that 14 minerals, including lithium, can be extracted and recycled. Apple is trying to change the way electronics are recycled with their robot that disassembles its iconic iPhone so that minerals can be recovered and reused."

While Apple is already using recycled aluminum (in the MacBook Air and Mac mini), tin, cobalt and rare earths in some of its products, with plans to add to that list in coming years, we posted a report back in  December titled "Apple Purchases the World's First Commercial Batch of Carbon-Free Aluminium to be used in Future Devices."  Apple is always trying to advance recycling and using cleaner metals for the sake of the environment.

As we noted in our 2018 report, Daisy can tear apart 200 iPhones per hour. While Apple started with the iPhone, they may later consider using another robot for disassembling other products in the future. For now, Apple is considering sharing their Daisy technology with others, including electric automakers. 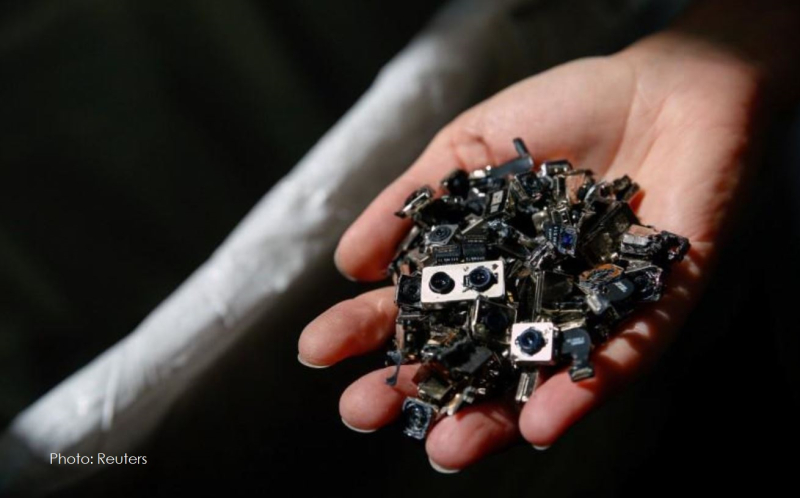 Of course recycling at the level Apple is able to do is very difficult for others in the industry to follow. This was echoed by Tom Butler, president of the International Council on Mining and Metals, an industry trade group told Reuters that "Apple is in an enviable position, because they can do this. Not everyone else will be able to follow suit."

Many mining executives also note that with the rising popularity of electric vehicles, newly mined minerals will be needed in even larger scale, a reality that Apple acknowledges.

Apple’s Jackson, who ran the U.S. Environmental Protection Agency under President Barack Obama told Reuters that "We’re not necessarily competing with the folks who mine. There’s nothing for miners to fear in this development." For more, read the full Reuters report.