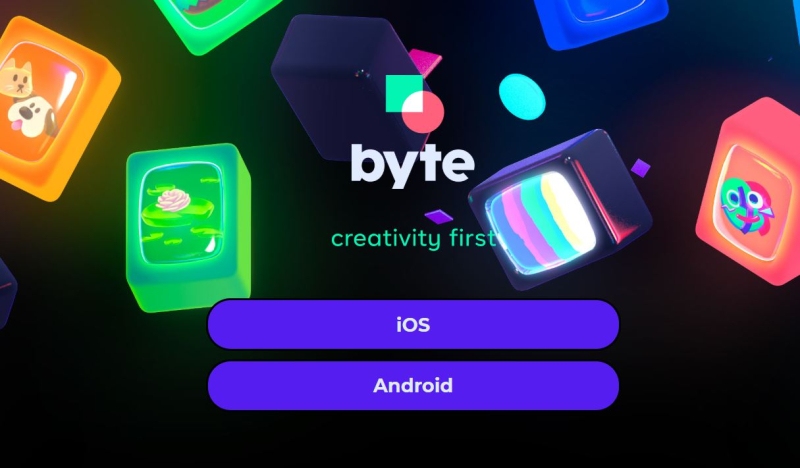 Byte is a new video-sharing app that was released on Friday to compete with ByteDance’s TikTok. It instantly rocketed to the top of Apple US App Store and "is still in the top spot," said Randy Nelson of research firm Sensor Tower. Beside the US, Byte is also the top free iOS app in Canada and ranks in the top 10 in Australia, New Zealand, Norway and the UK On Android’s Play Store, Byte is sixth among free apps in the US.

Created by Dom Hofmann, Byte reboots the deprecated Vine video-sharing service, which he co-founded in the summer of 2012 and sold to Twitter later that year. The parent company failed to find a way to make the service profitable and eventually discontinued it in 2016. Read the full Bloomberg report that's currently on their technology homepage today.  Below is a tweet from founder Dom Hofmann.

still working on some important issues, but the first 36 hours of byte have been awesome. here's a note about what we're working on https://t.co/oHwhpyfvjO pic.twitter.com/HduipnC0XN