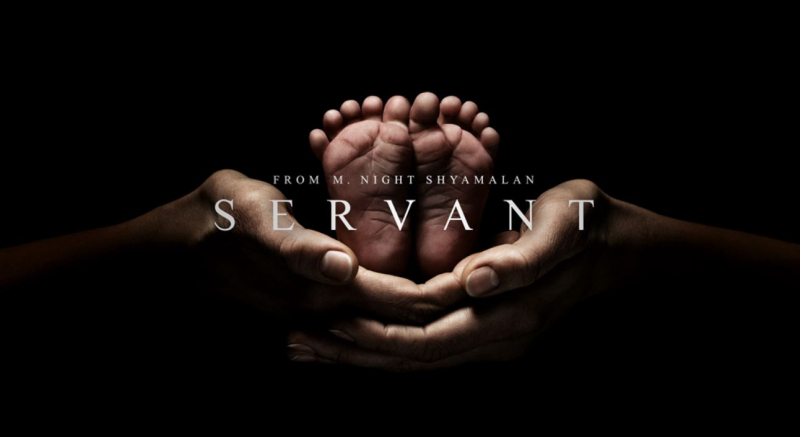 With Patently Apple covering Patent Infringement cases for over a decade now, it comes as no surprise that the very first copyright lawsuit against Apple regarding Apple TV+ content has been filed with the Central District of California earlier today. The Defendants listed on the court docket above is quite extensive beginning with Apple Inc. and the Executive Producer of the Apple TV+ show 'Servant' M. Night Shyamalan along with ten other identities including companies and individuals.

The complaint filed by Plaintiff Francesca Gregorini alleges that the Apple TV+ show 'Servant' is a "brazen copy" of his 2013 film titled "The Truth about Emanuel."

Gregorini wasted no time digging right into Apple's claim of having original content for their Apple TV+ consumer platform.  Right out of the gate Gregorini states in the formal complaint that "Apple TV+ and M. Night Shyamalan are heavily promoting their original series Servant—one of eleven shows launching the ambitious new streaming service billed as a game-changing new product from the world’s most valuable company. Apple claims that what distinguishes its foray into television is breathtakingly original content: the world’s best stories told by the world’s best storytellers."

The complaint further states that "There is one big hole in Apple’s messaging: Servant is a wholesale copy of Plaintiff Francesca Gregorini’s 2013 feature film The Truth About Emanuel. As demonstrated by the long list of key parallels catalogued in Section III(C) of this Complaint, the misappropriation is not a mere borrowed premise, idea or story. Mr. Shyamalan has gone so far as to appropriate not just the plot of Emanuel—but also its use of cinematic language, creating a substantially similar feeling, mood, and theme."

Towards the end of the complaint Plaintiff Gregorini states that "Defendants will point to differences between Emanuel and Servant. But what they call differences are really just content that was tacked on to Ms. Gregorini’s story—usually in ways required when adapting a motion picture for use as an episodic television series. Indeed, Defendants misappropriated the ninety-minute film Emanuel for use as their first three half-hour episodes of Servant, which were released as a unit on Thanksgiving 2019, and can be thought of as the series "pilot." That each of the subsequent thirty-minute weekly episodes introduces new self-contained vignettes or sub-plots does not detract from the substantial similarity of Emanuel and Episodes 1-3 of Servant."

Below is a trailer for "The Truth about Emanuel." I couldn't see where this film resembles Servant. Does sitting at a table warrant infringement? The scene below describes one female character saying that she had a sexual dream about another female at the table. Where was that scene in Servant?  While I haven't seen the entire film, to be sure, the 3 minute preview shows no resemblance to Servant. If you see a resemblance to Servant, please send in your comments on Twitter.