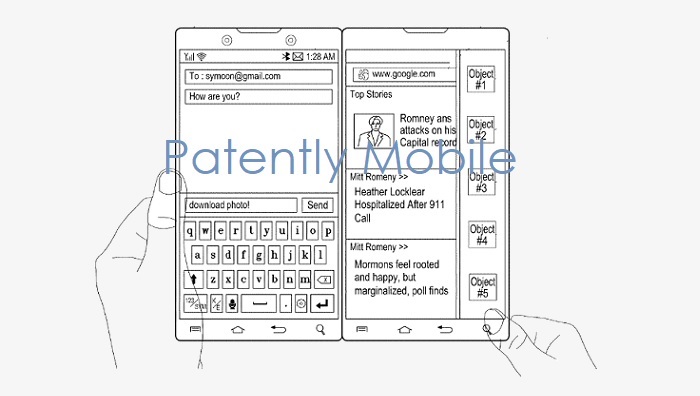 Samsung hit the market in late 2019 with its revised Galaxy Fold smartphone that uses a large single flexible display. While they've sold 500,000 units or more since then, the public isn't convinced that this kind of phone is ready for prime time.

We know that Samsung will unveil a different kind of foldable smartphone either at CES 2020 next week or just prior to the start of the Mobile World Congress event in late February.

Samsung revealed its future flip phone, as presented below, at their US developer conference held in San Jose back on Oct. 29. Samsung's foldable smartphone will be competing with Motorola's next-gen Razr due out sometime in Q1.  Samsung has been working on this for years with various styles of flip phones on record here: 01, 02 & 03. 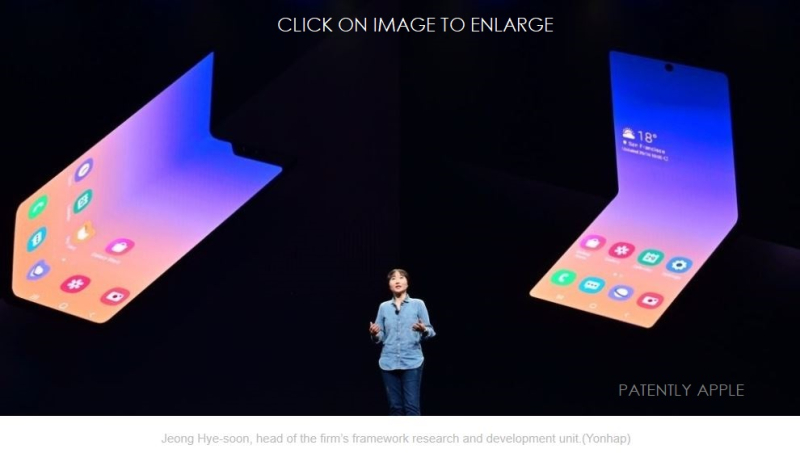 Back in early October Microsoft created a lot of consumer buzz with their sneak peek at their Surface Duo (foldable smartphone) and Surface Neo (foldable tablet). 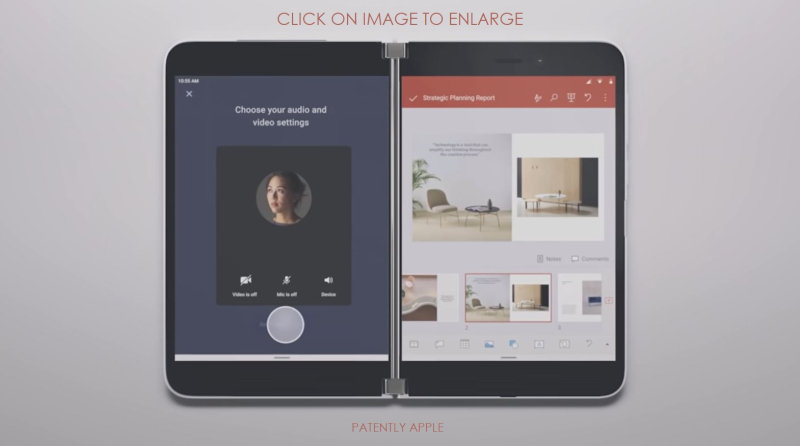 Microsoft's Surface Duo, as presented above, provides two separate displays held together with a hinge to allow for folding. Microsoft's comeback devices are different and likely to appeal to a much larger audience than Samsung had for the Galaxy Fold.

Microsoft's Surface Duo uses side-by-side displays with a distinct hinge system to allow for smooth open and closing action. As clean as the design is, the hinge is without a doubt in your face. After awhile users won't mind it, but still it's a little distracting especially if you're watching movies or playing games.

A Samsung patent that surfaced in late December reveals that the company is still interested in a dual display of their own. The design focuses on hiding the hinge from view and allowing the displays to be a little closer so that watching a movie will almost seem to be one large display.

Samsung should have actually started with this concept before rushing to beat Huawei to market with their Galaxy Fold and bungling its initial rollout that has soured public opinion of single-fold displays.

However, it has been difficult to achieve a dual display smartphone with an appealing aesthetic look due to consumers seeing the exposed middle hinge – like the upcoming Surface Duo.

Samsung's bottom line is that it would be advantageous to provide a smartphone with dual displays which could be folded or unfolded without using an exposed hinge. 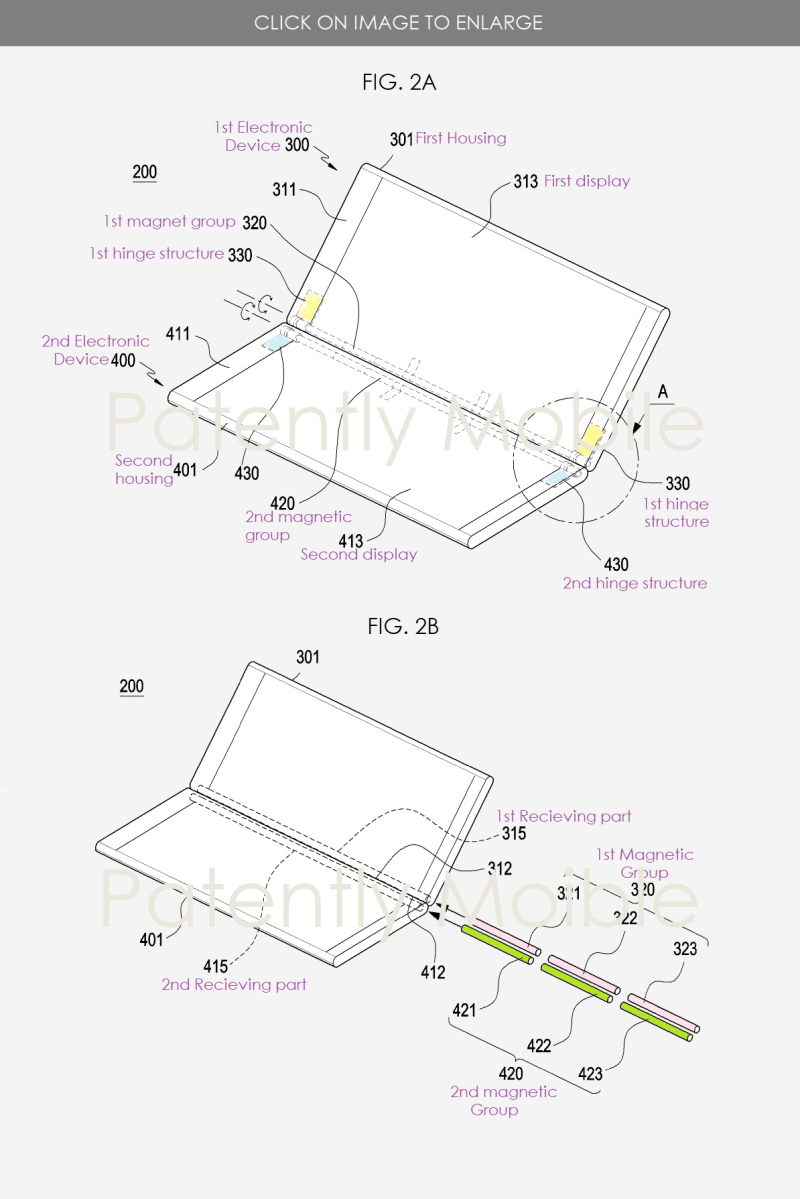 In Samsung's patent FIG. 11 presented below we're able to see a view illustrating various hinge operations (e.g., rotation on a contact point axis) associated with both sides of this smartphone.

The unique hinge that Samsung has invented not only allows the dual display smartphone to open and close and hold in different positions as noted in patent FIGS. 10A to 10C further below, but also allows the backside camera to flip to the face side of the phone for taking selfies when needed, cutting down on the number of cameras needed on the phone. 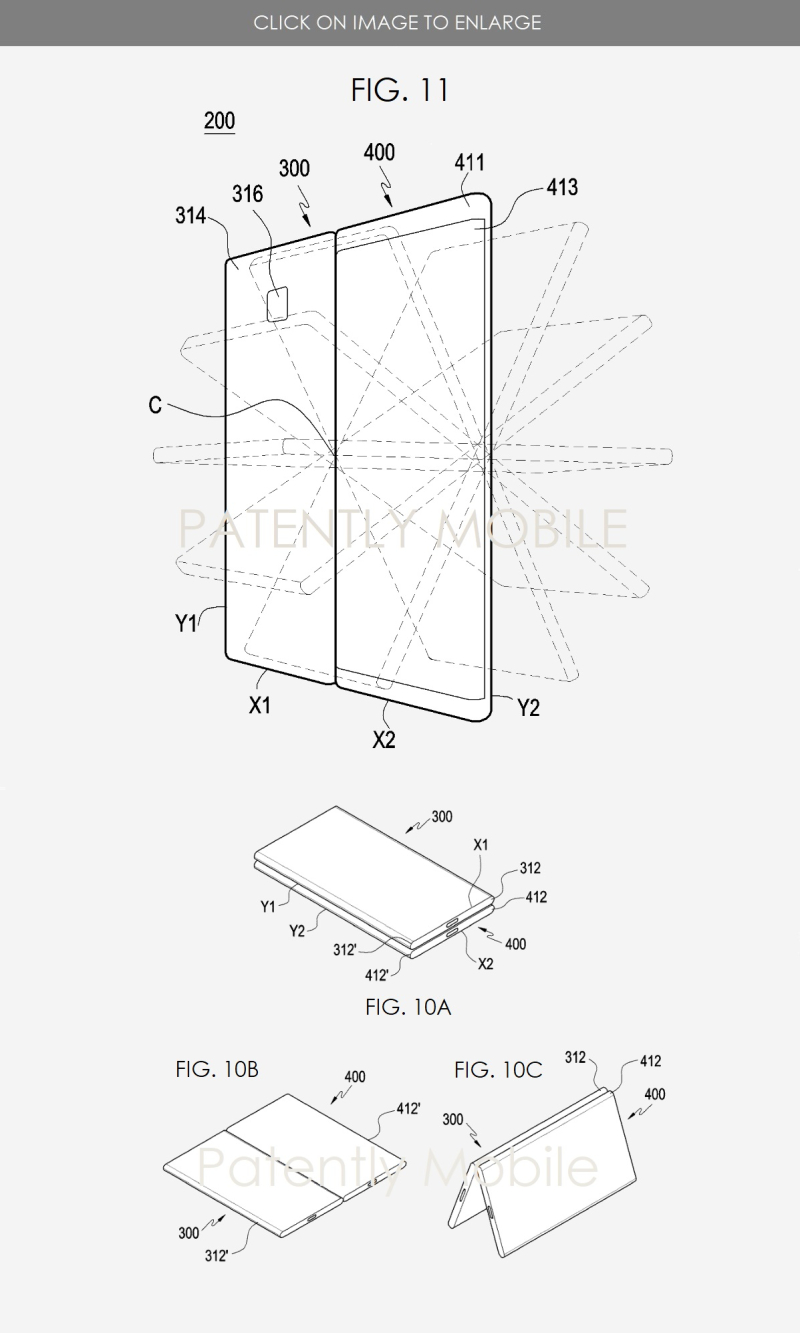 Samsung filed for this US patent back in late June 2019 or four months prior to Microsoft revealing their future dual display devices. Whether Samsung will want to go head to head with Microsoft's Surface Duo or Neo later this year is unknown at this time.

The Galaxy Fold is unlikely to become a mass market smartphone this year or until Corning or another supplier figures out how to bend glass or  develop a revolutionary  new display substrate. The weak foldable displays available today that crease so easily, beyond their use in flip phones, just can't deliver the display durability that consumers demand. No one but the rich and stupid will want to pay US$2,000 for a smartphone that you have to constantly baby or it'll fall apart.

Samsung would be better off rushing this patent into a real world product to challenge Microsoft's coming foldable devices than to stick with their Galaxy Fold. Unfortunately that's unlikely to happen.

For the record, Patently Mobile posted a report in November 2019 titled "Samsung Wins Patent for dual Display Smartphone that could Challenge Microsoft's 2020 Surface Duo. You could review that granted patent report here. Being part of the same family of dual display smartphones, our cover graphic is from Samsung's recently granted patent.