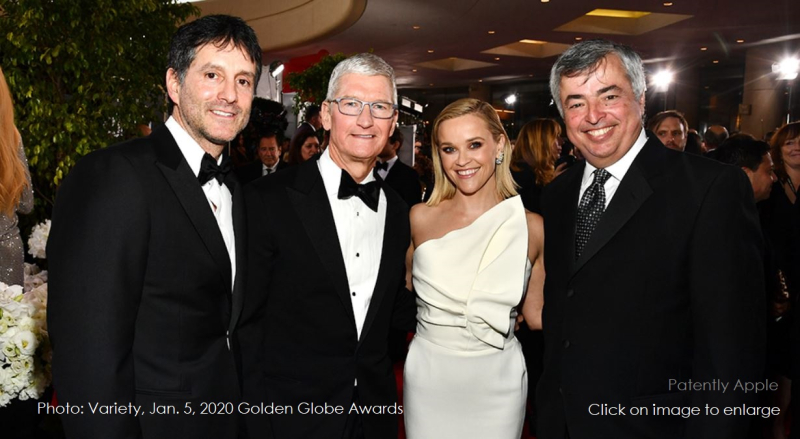 I've enjoyed some of the work by Ricky Gervais in the past, but when he's hosted events in the past he's usually been a lose canon and last night at the Golden Globe awards he outdid himself.

Prior to the event, Gervais told IndieWire back in November that it would be his last appearance at the Golden Globes and promised to "burn his bridges." I think many would agree that he delivered on that note.

At one point during his opening monologue at the Golden Globe Awards show last night Gervais described the Apple TV+ show known at the 'The Morning Show' as "a superb drama about the importance of dignity and doing the right thing, made by a company that runs sweatshops in China."

Addressing the star-filled audience, Gervais continued: "You say you’re woke but the companies you work for, I mean, unbelievable – Apple, Amazon, Disney – if Isis started a streaming service, you’d call your agent."

The The Morning Show received three nominations at the 77th Golden Globe Awards but were shut out. Source.

Suffice to say we won't be seeing Ricky Gervais on Apple TV+ anytime soon. Then again with Hollywood, anything is possible.

Video of the Gervais Hit on Apple +

A Hollywood agent admitted that stars dread Ricky Gervais because when he hits below the belt, it hurts.

The agent further noted that “When my clients are getting dressed for the Globes, they’re all excited. It truly is the party of the year. But if Ricky’s hosting, they’re trepidatious — some hope if they keep a low profile he might let them off. But it doesn’t work that way."

The thing is that Gervais doesn’t have to tell Globes producers what sort of comic bloodbath he’s prepping, but he does run his jokes by a lawyer at the last minute.

Gervais recently told British talk show host Graham Norton that "They don’t change anything because I know the law and what I can get away with. I’ve never libeled anyone."

A former Oscars producer commented by saying that "Ricky doesn’t care if he ends up with scathing reviews. That’s the beauty of him. The worse feedback, the more social media uproar, the more followers, the more money."

In the end, Gervais is unique, if anything and his wicked sarcasm is legendary. He was at his best in "After Life" that I watched earlier this year. Below is a clip highlighting his rude sarcasm that some fans love about him.

Congratulations to all of tonight’s @GoldenGlobes winners and nominees. It’s an honor to be in the company of so many amazing storytellers. Our thanks go out to everyone who brings these remarkable stories to life.