Apple is the top technology company that's dedicated to working on environmental issues, using recycled materials in products like the iPhone and MacBooks, using robots to dismantle iPhones for scrap metals, setting up solar farms and will be the first tech company to use carbon-free aluminum.

Apparently Microsoft is thinking of joining this trend in Silicon Valley. A granted patent issued to Microsoft in late December 2019 covers their work on an apparatus for promoting marine life. The apparatus includes a datacenter implemented in a body of water and coupled to a network, a pressure vessel that houses the datacenter, and one or more components coupled to the pressure vessel that sustain a surrounding ecosystem.

Microsoft's granted patent 10,524,395 titled "Artificial reef datacenter" was issued to them in late December by the U.S. Patent and Trademark Office.

Microsoft's granted patent notes that environmental concerns for the erosion of beaches, diminishing marine life, loss of active reefs, and other impacts have led to the installations of artificial reefs in some areas. Often, artificial reefs are built using objects originally made for another purpose, and repurposed into an artificial reef, such as oil rigs or decommissioned vehicles. However, these repurposed objects often introduce additional environmental concerns, such as corrosion and the introduction of pollutants into the marine environment.

In addition, these repurposed objects often provide a less than ideal environment for growth of reef inhabitants, or may promote some reef life more than others leading to an imbalance in the reef ecosystem. For example, oil rigs often emit heat providing a very warm surface, which may inhibit or otherwise challenge growth for some types of reef life.

Examples in Microsoft's patent provide for an artificial reef datacenter. A datacenter configured for operation while submerged in water is designed to incorporate structural components and other features that actively promote marine life and attract growth of reef inhabitants.

Further, diverse and rapid growth of reef inhabitants is actively promoted due to the structural stability and environmental conditions provided by the datacenter.

Microsoft's patent FIG. 2 is an exemplary block diagram illustrating a submerged datacenter anchored to the floor of a body of water. 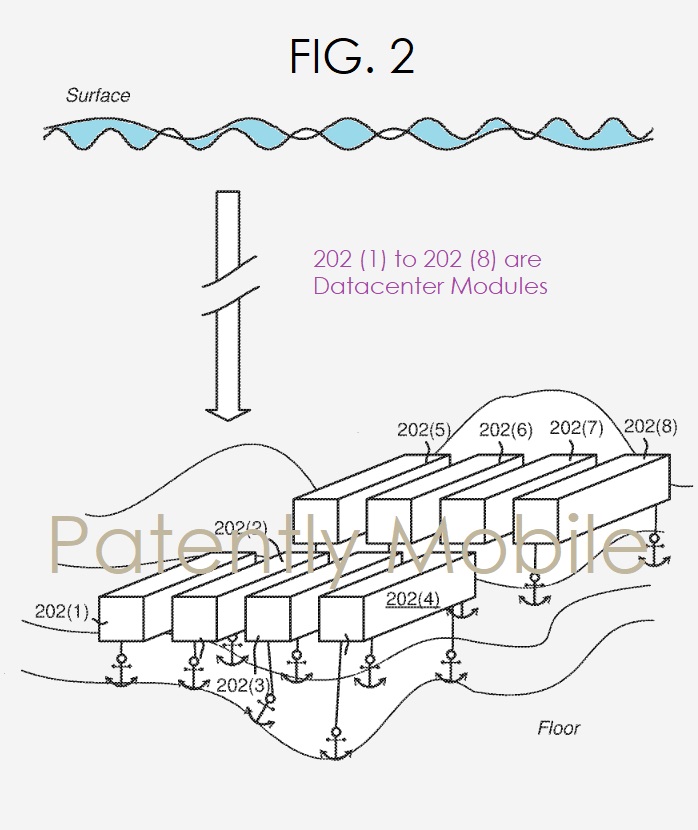 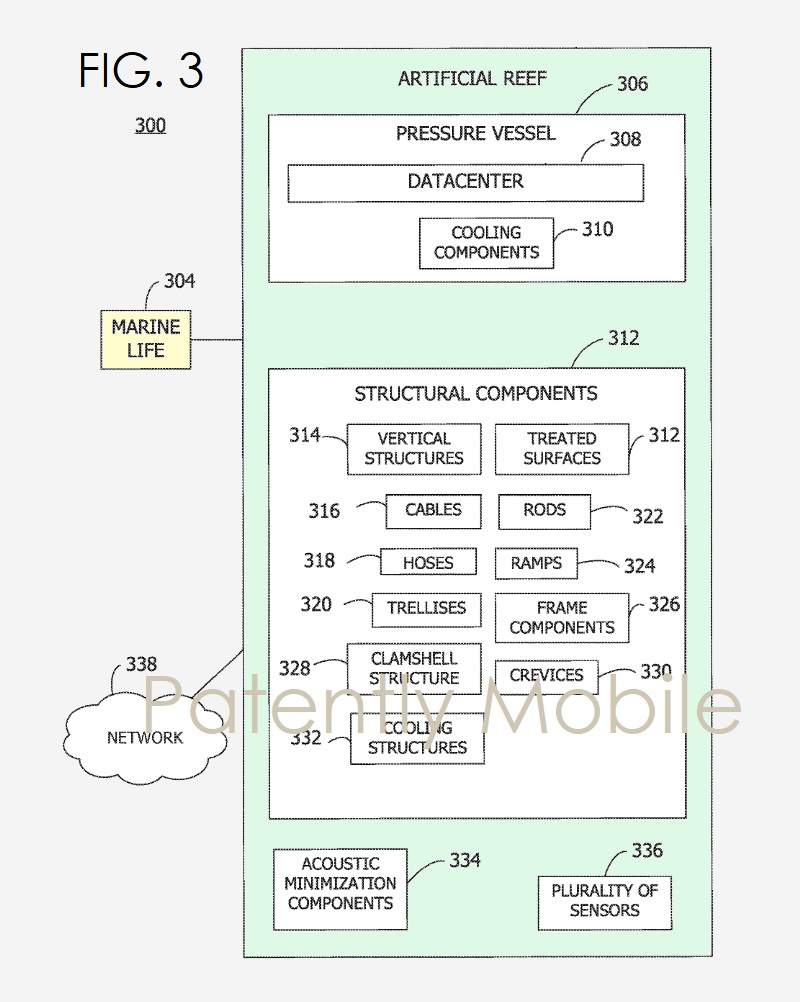