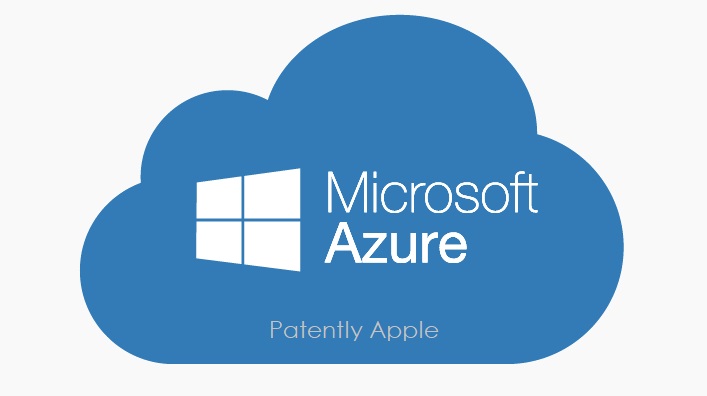 Earlier today Patently Apple posted a report titled "Microsoft's Former Windows Chief Admits Apple's iDevices were seen as an Existential Threat to their core Business." At one point in the report we had noted that "After a decade of having their image damaged by Apple's mobile revolution, Microsoft has admirably reinvented itself with their Azure cloud business." Like Apple did yesterday, this afternoon Microsoft announced their fiscal second-quarter financials that handily beat Wall Street's expectations.

Microsoft's Azure story continued with their reporting of 62% growth in the quarter as they continue to take business away from Amazon's cloud business.

Officially, Microsoft Corp. announced in a press release the following results for the quarter ended December 31, 2019, as compared to the corresponding period of last fiscal year:

After hours Microsoft's stock rose $7.26/share to $176.30 from its close price of $168.04 as the chart below proves out.  Investors could keep track of the stock's price overnight here. 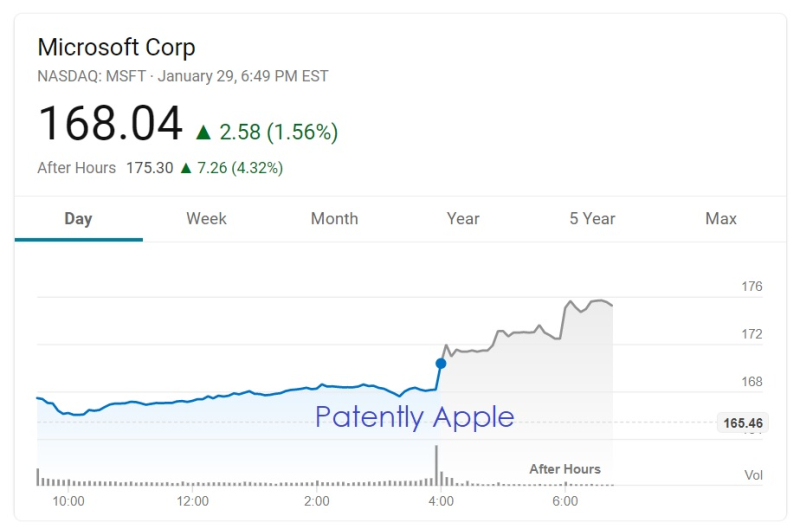 The most high-profile win for Azure in the quarter came from the U.S. Department of Defense, which awarded the controversial Joint Enterprise Defense Infrastructure (JEDI) cloud contract to Microsoft, worth up to $10 billion over a decade. Additionally, rival Salesforce said it would tap Azure to run its Marketing Cloud service.

Amazon filed a Lawsuit over the loss of that defense contract was filed in December 2019 wherein they blamed President Trump of exerting "improper pressure" and bias that led the Department of Defense to award a lucrative $10 billion cloud contract to rival Microsoft Corp.

On Hardware: Personal Computing, which covers Windows, Surface, Xbox and Bing, contributed $13.21 billion in revenue, up 1.6% year over year and above the $12.85 billion consensus among analysts surveyed by FactSet. Revenue from Xbox hardware decreased 43% in the quarter because of lower prices and volumes; the next-generation Xbox Series X will come out this holiday season.

For more on this check out CNBC and Reuters reports.