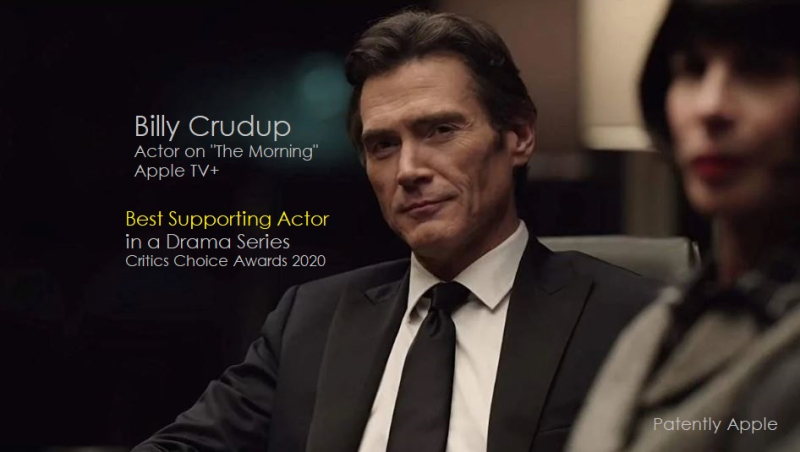 Last night The Critics Choice Association announced the winners of the 25th Annual Critics’ Choice Awards from the Barker Hangar in Santa Monica.  Billy Crudup was awarded Best Supporting Actor in a Drama Series for his performance in the Apple TV+ series "The Morning Show." Best Actor and Best Actress awards were bestowed upon Joaquin Phoenix for "Joker" and Renée Zellweger for "Judy," respectively. Best picture went to Once Upon a Time in Hollywood with Brad Pitt winning for Best Supporting Actor. 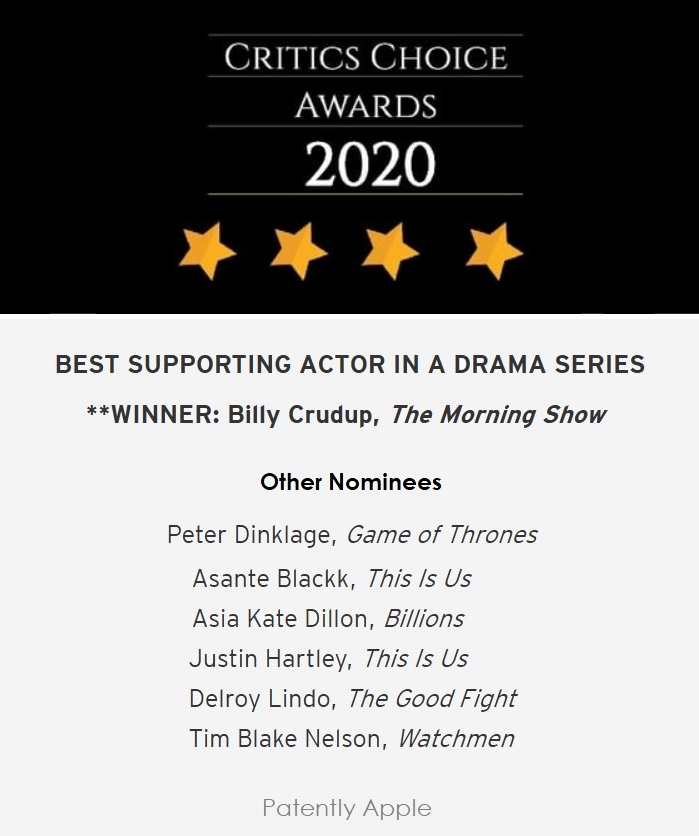 He continued by praising his co-stars Jennifer Aniston and Reese Witherspoon for "all the ambition" they have in making the star-studded series come to life. "They’re big," he said, "so to get to have a fundamentally important part in it is an honor."

While accepting his award last night, he echoed what he told ET by applauding Aniston, Witherspoon and the streaming network. Before leaving the stage, the 51-year-old actor also thanked his son, William Atticus Parker, and "Naomi," a reference to his girlfriend, Naomi Watts.