Home Archives Contact Us Subscribe Twitter Facebook Patently Mobile
Apple Releases their Richly Redesigned Maps App for their U.S. Customers with Europe being Next
After a Decade of hoping that Apple would Comply with the EU's request for a common Charger Solution, the EU is set force it by law 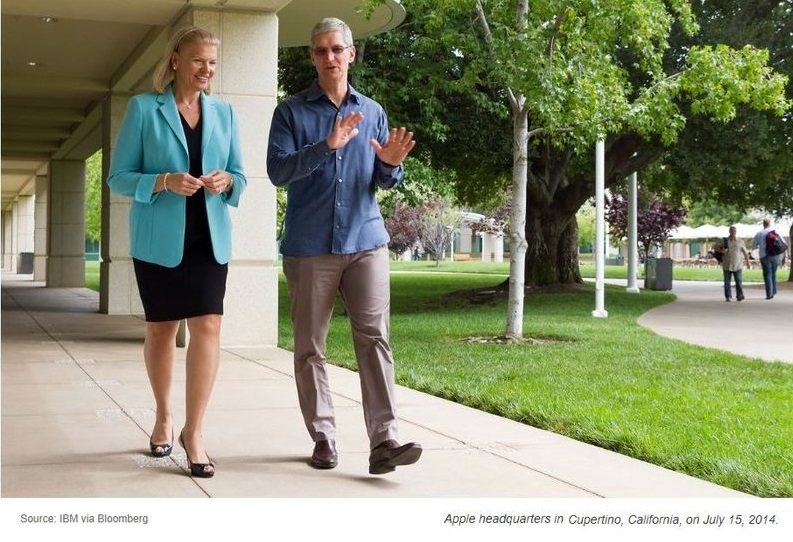 In the summer of 2014 Apple's CEO Tim Cook and IBM's CEO Ginni Rometty announced a landmark partnership marking a transformation in the way work got done in the enterprise. IBM was the first to embrace iDevices for the workplace and drove Enterprise level software across many industries. Over the following years Apple's push into the enterprise was further assisted with partnerships that included SAP, Deloitte, Accenture, GE, HP and Salesforce.

At Davos this year Rometty showed her passion for apprenticeship programs that retrains adults in dying fields. Rometty sees technology changing so fast and people feeling so left behind.  Rometty thinks in terms of creating "New Collar Jobs" instead of the old paradigm of blue and white collar jobs. You can view the CNN video interview on this topic here.

Earlier today IBM announced that Virginia Rometty, IBM Chairman, President and Chief Executive Officer, would continue on as Executive Chairman of the Board and serve through the end of the year, when she'll retire after almost 40 years with the company.

Krishna is currently IBM Senior Vice President for Cloud and Cognitive Software, and was a principal architect of the company's acquisition of Red Hat.

Rometty stated today that "Arvind is the right CEO for the next era at IBM. He's a brilliant technologist who has played a significant role in developing our key technologies such as artificial intelligence, cloud, quantum computing and blockchain.  He is also a superb operational leader, able to win today while building the business of tomorrow.

Arvind has grown IBM's Cloud and Cognitive Software business and led the largest acquisition in the company's history. Through his multiple experiences running businesses in IBM, Arvind has built an outstanding track record of bold transformations and proven business results, and is an authentic, values-driven leader.  He is well-positioned to lead IBM and its clients into the cloud and cognitive era."

CNBC announced it on air today as presented in the video below. 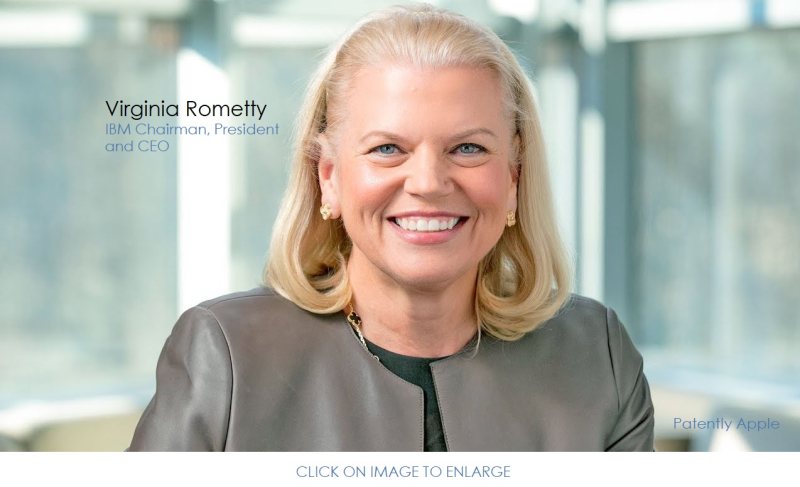