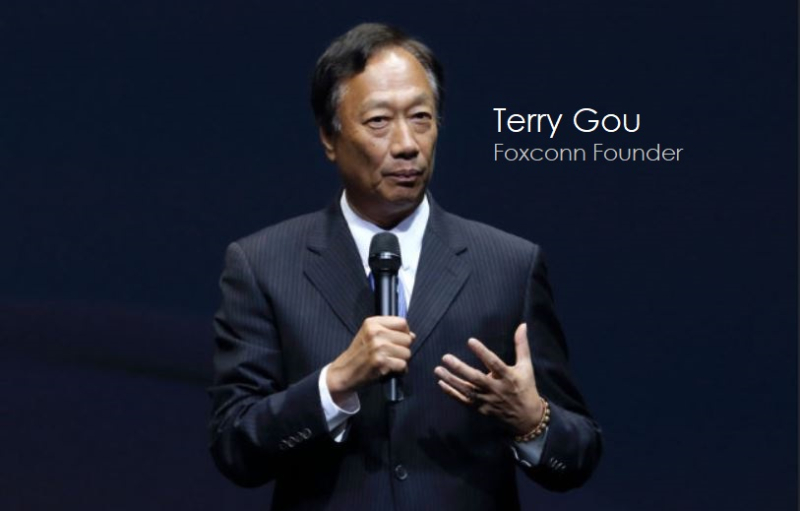 It's being reported today that Foxconn’s Terry Gou has pledged to begin production at a long-delayed electronics plant in Wisconsin sometime this year, kick-starting a signature U.S. project that’s expected to play a pivotal role in expanding the billionaire’s manufacturing empire.

The Foxconn founder said the factory will be up and running in 2020 and drive his company’s vision of manufacturing components for fifth-generation wireless and artificial intelligence applications, without elaborating. Gou, who failed in his bid to contest the Taiwanese presidential elections, added he will spend a lot of time in the U.S. this year and intends to send more employees over.

Gou told employees at his company’s new year’s party in Taipei that he hopes that "many Hon Hai colleagues will go work in the U.S. to help America boost manufacturing and build a supply chain."

The question becomes what kind of supply chain was Guo referring to? Thus far Foxconn continues to keep its precise plans for the U.S. under wraps that has caused some political jostling in the press. For more on this, read the full Bloomberg report found on their technology homepage today.

Apple's CEO has commented many times that the U.S. lost its supply chain to China. So Gou's focus on building a supply chain in the U.S. is rather a new and interesting twist. Without details however it's unclear what the Foxconn Founder actually has in mind.

More than likely more about Gou's plans will be revealed later this year as the 2020 political campaigns go into full gear.

Back in November Patently Apple posted a report titled "Twenty-Six Managers for Foxconn's completed Wisconsin Plant are now in Training in Taiwan which includes Learning Chinese." Beyond the completion of the plant in Wisconsin the report covered what Foxconn has actually accomplished thus far that's worth noting. 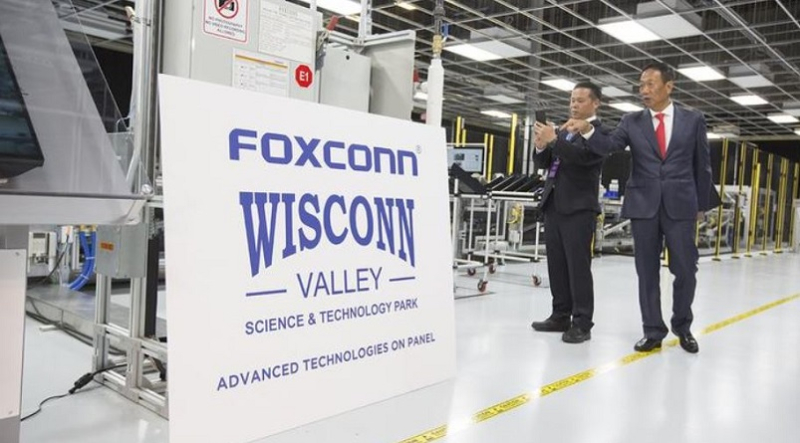 There are still  some left-leaning writers who continually show an empty field with no construction finished on the property instead of the plant that's completed just to satisfy the anti-Trump crowd. It's just more fake news.

The first photo below is of a finished plant in Wisconsin followed by a lead photo from another report posted today showing no plant with a caption at the bottom stating "Land cleared, but no sign of any factory." 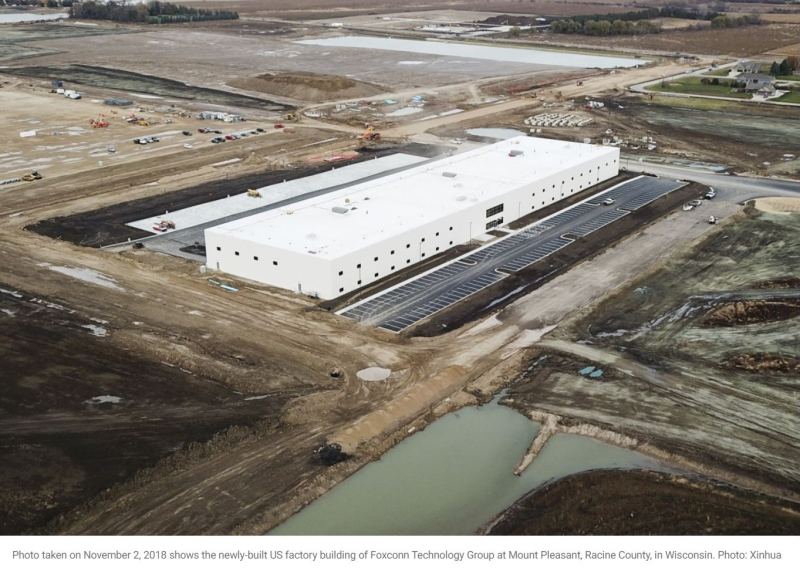 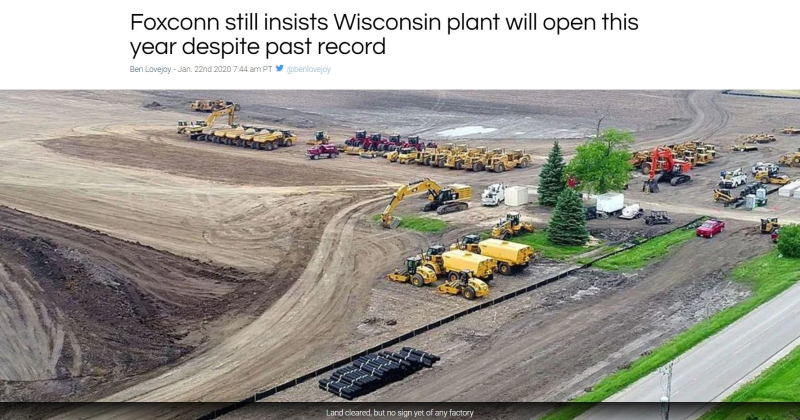