Home Archives Contact Us Subscribe Twitter Facebook MeWe Parler Patently Mobile
With India's Unemployment at a 45 year high, the Government is finally willing to give Apple Suppliers Incentives to open Plants
Looking back, Apple's CEO Tim Cook beat the Naysayers of 2011 by growing Apple's stock about 480% since that time 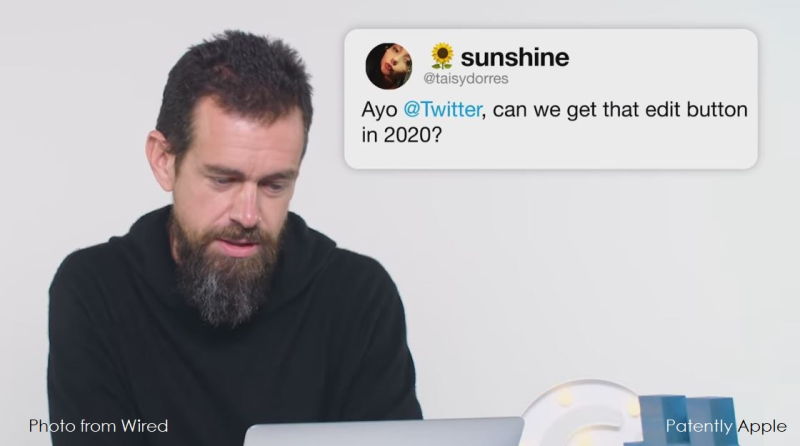 Jack answers all of these Twitter-centric questions and much, much more! So what is the answer to seeing that badly needed edit button? Maybe Twitter can do this or do that but the bottom line is "no" to an edit button. And frustratingly it's a definite no, as in it's NEVER going to happen.

Jack discusses the matter between the 3:00 – 4:06 minute marks of the video below with his full executive explanation.

Jack Dorsey carefully laid out the issues that go along with an edit button which are both possible and plausible. As a fully automated system, the risks of allowing users to completely alter a tweet instead of just editing errors is too high.

The video is courtesy of Wired.