At World Economic Forum in Davos Today, Google's CEO stated that AI is more Profound than Fire or Electricity 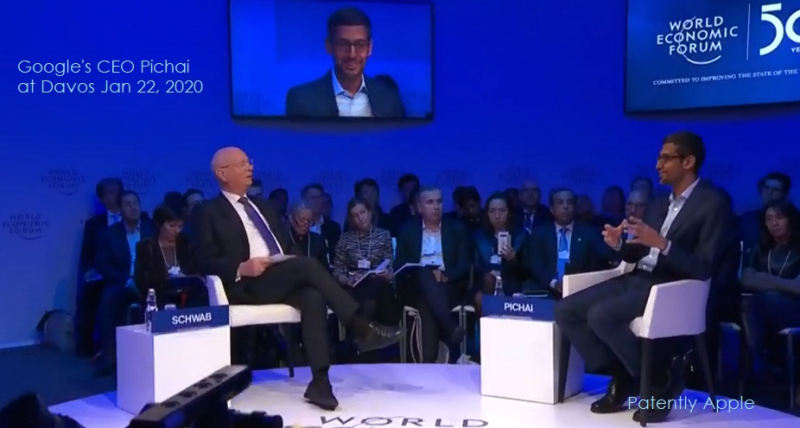 Google’s chief executive officer Sundar Pichai has left no doubt in how important he thinks artificial intelligence will be to humanity. In an interview at the World Economic Forum in Davos, Switzerland on Wednesday Pichai surprised the audience in Davos by stating that "AI is one of the most profound things we’re working on as humanity. It’s more profound than fire or electricity."

Alphabet, which owns Google, has had to grapple with its role in the development of AI, including managing employee revolts against its work on the technology for the U.S. government. In 2018, a group of influential software engineers successfully delayed the development of a security feature that would’ve helped the company win military contracts.

Google has issued a set of AI principles that prohibit weapons work, but doesn’t rule out selling to the military. It has also pledged not to renew its Project Maven contract, which involves using artificial intelligence to analyze drone footage.

Pichai added that while current frameworks to regulate the technology in the U.S. and Europe are a 'great start,' countries will have to work together on international agreements to ensure it’s developed responsibly. Read the full Bloomberg report on their technology home page today for more on this.

Apple hired Google's Ex-AI Chief John Giannandrea back in 2018 to be build a new AI/Machine Learning team at Apple that would bring together Apple's Core ML and Siri teams. Today Giannandrea is part of Apple's Executive Leadership Teams as Senior VP, Machine Learning and AI Strategy.

Apple is adding AI into their vehicle focused Project Titan and much, much more.  In 2017 we posted a report that outlined some of the deep projects that Apple's team were working on at the time in respect to Machine Learning here – which was only the beginning.