As the Debate over a Digital Tax heats up, Apple's CEO admits that the Global Corporate Tax System needs to be Overhauled 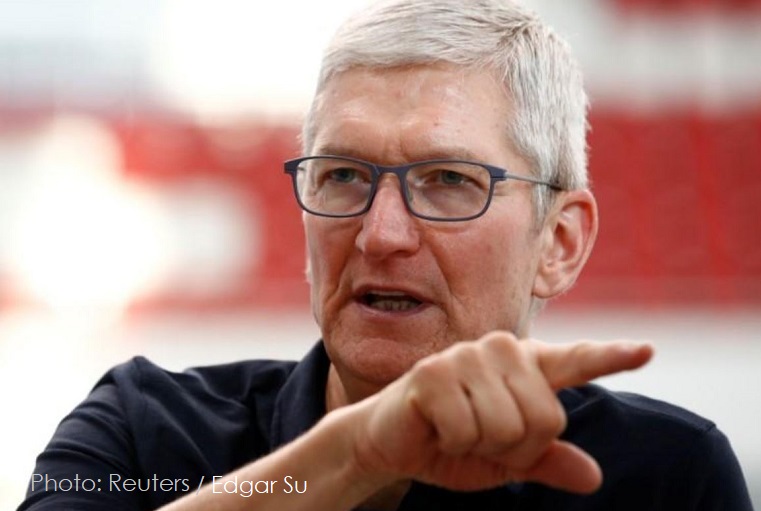 On the 7th of January France and the United States had given themselves 15 days to settle a dispute over the taxation of digital companies.

Both countries have been at odds over a French decision to impose a 3% tax on sales generated by tech firms in the European country. Paris is of the opinion that tech giants pay too little or no corporate tax where they do not have a large physical presence. However, the United States has argued that the digital tax unfairly discriminates against U.S. firms, such as Google and Facebook, and has threatened to impose tariffs of up to 100% on French imports.

France's top finance minister warned U.S. officials against implementing tariffs or other measures aimed at harming the French economy over the digital tax. A decision on digital tax is due in the days ahead.

Earlier today Applel's CEO Tim Cook stated that everyone knows that the global corporate tax system needs to be overhauled.

Apple and other Silicon Valley tech giants have pushed international tax rules to the limit, prompting the Organisation for Economic Cooperation and Development (OECD) to pursue global reforms over where multinational firms should be taxed.

The reforms being examined center around the booking of profits by multinational firms in low-tax countries such as Ireland where they have bases - and where Cook was speaking on Monday - rather than where most of their customers are.

Cook was in Ireland to receive an inaugural award from the Irish state agency responsible for attracting foreign companies recognizing the contribution of multinationals in the country.

While in Ireland Cook stated that "I think logically everybody knows it needs to be rehauled, I would certainly be the last person to say that the current system or the past system was the perfect system. I’m hopeful and optimistic that they (the OECD) will find something. It’s very complex to know how to tax a multinational... We desperately want it to be fair." For more, read the full Reuters report.