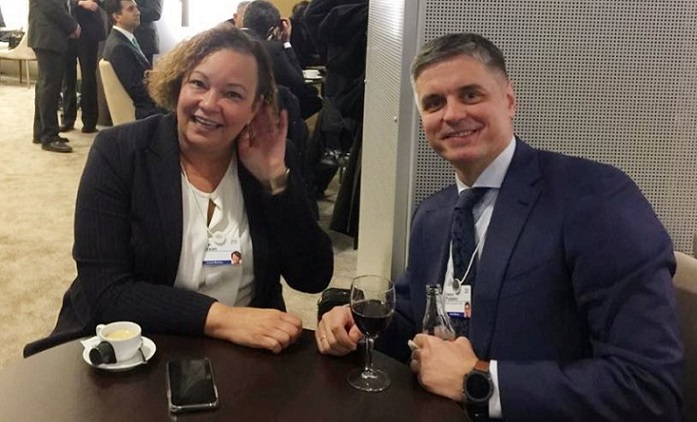 In late November and early December Patently Apple posted three reports about the anger from Ukraine over Apple Maps decision to mark Crimea as Russian territory (01, 02 and 03). While at the World Economic Forum in Davos, Apple’s vice president of Environment, Policy and Social Initiatives Lisa Jackson met with Ukraine's foreign minister Vadym Prystaiko to iron things out.

A tweet of the informal meeting  is seen below. His tweet said the pair discussed Apple's "next steps" in the Ukrainian market, with a follow-up tweet hinting that the Crimea issue was also discussed.

1/2 With @Apple Vice President @lisapjackson discussed the #Apple's next steps on UA market. Growing pool of loyal customers, creative IT class, improving business climate - all the ingredients for beneficial cooperation are in place. #Davos2020 #WEF20 pic.twitter.com/5RzhZkgzfc

It's not yet clear if Apple has changed, or plans to change, the way it displays Crimea on its Apple Maps and Weather apps when viewed from Russia. Read more on this at Business Insider.

Lastly, it should be said that Lisa Jackson should have given foreign minister Vadym Prystaiko a new Apple Watch to replace that Android thing he's wearing as part of Apple's peace offering (ha!).