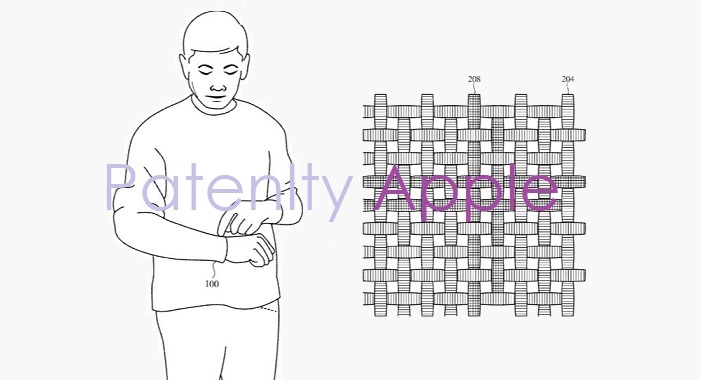 The U.S. Patent and Trademark Office officially published a series of 41 newly granted patents for Apple Inc. today. In this particular report we cover three patents. The first patent is for a future smart fabric Apple Watch Band that will provide users with new touch controls and features.

The second and third patents in our report cover Apple's 11th and 12th patents for a headset in the form of glasses that will support inserting a number of iPhone sizes and an iPod touch into the headset as the main headset display.

The patents further note that the glasses will automatically change the display to a new "close up mode" for viewing movies, Apple TV+ shows and other such content that may include games. The patents published today reveal a few other new features.

Apple's newly granted patent 10,526,731 covers a Future Apple Watch Band that will be made of smart Fabric with touch sensitivity controls  built-In. 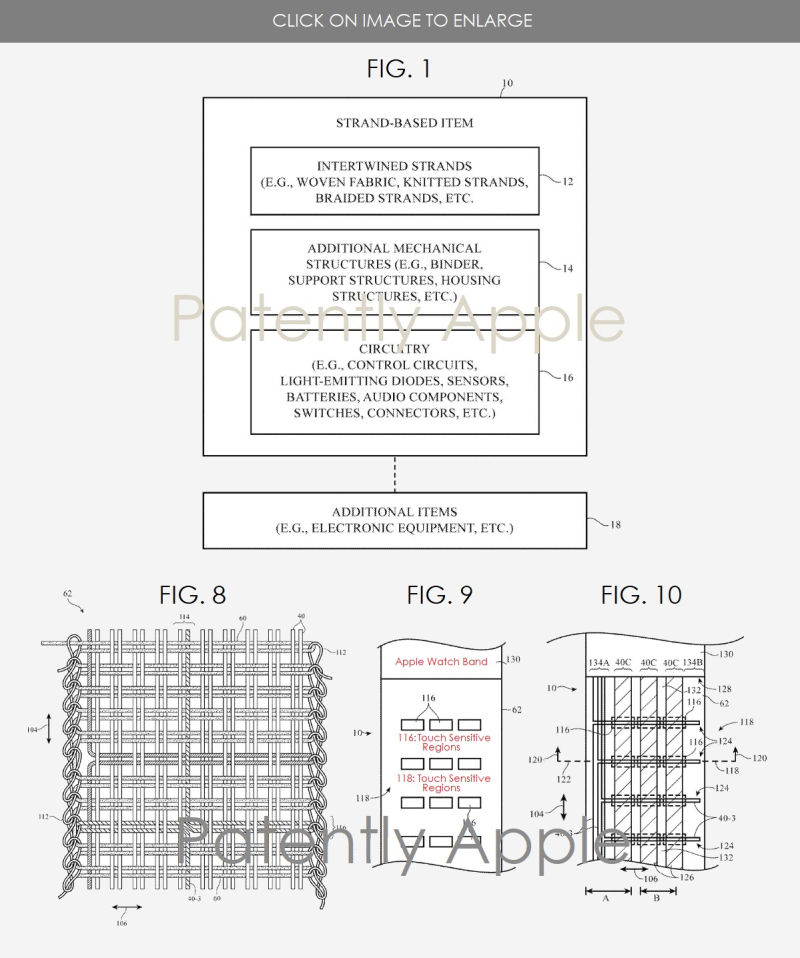 Patently Apple covered this as a patent application back in late December 2017. 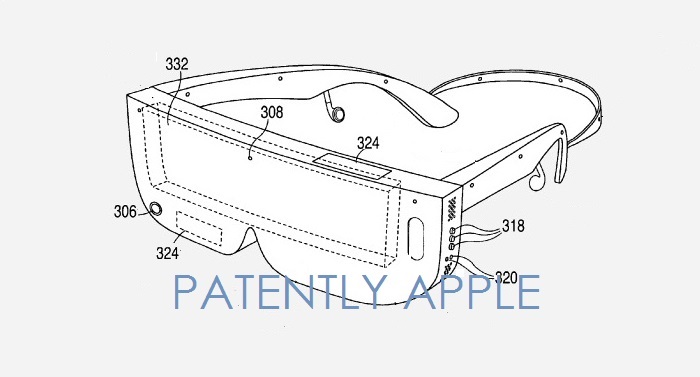 Today Apple was granted their eleventh and twelfth patents for their future entry headset wherein an iPhone or iPod touch is injected into a frame to become the headset's display. The granted patent's 'patent claims' is what distinguishes it from past granted patents.

In their eleventh granted patent, Apple covers a few new things that they want protected in their claims. One key focus is the 'docking area' of the glasses that will mate an iPhone. It's designed to support various iPhone sizes. And when the phone is mated, the iPhone will automatically go into content mode which they refer to as "close up viewing mode." The other features include:

The housing of the headset will have a button that appears will be used when the user want to insert their iPhone into the glasses.

The claims now cover a group of sensors associated with the headset being: a proximity sensor, an accelerometer, and a touch sensor. The proximity sensor is configured to sense a coupling to a head-mounted device.

The claims now cover foam on the support structure that is positioned within the nose cutout.

The claims cover an iPhone in two resolutions with the second one designed for "close up viewing mode."

In Apple's twelfth granted patent the focus of the patents claims shift again. In this patent the main focus is on the "foam that is formed continuously along the entire top edge of the support structure." Describing the foam support is covered in 9 claims.

Also new is the headset's strap to hold the glasses in place for the user will also now have an integrated speaker.

Further, Apple notes in patent claim #4 that "The head-mounted apparatus defined in claim 1, further comprising: a speaker supported by the support structure, wherein the accelerometer is configured to detect a head movement and the processor is configured to control a volume of the speaker based on the detected head movement."

Apple's second granted patent today for this headset was published under number 10,530,914. This patent was filed for in December 2018.

In September 2019 Patently Apple posted another version of the invention in a report titled "Apple Advances one of their Video Headset inventions that finally addresses the Prescription Lenses issue."